SURE, you may have strapped on a great dress watch to go with your office kit. But slim, fancy, gold perpetual calendars aren’t the right accessory for every occasion. Sometimes you want something more robust, more sporty. Luckily, the Baselworld expo, running until today in Switzerland showcases every kind of watch; here are 10 off-duty timepieces that will have you dreaming of a few days’ vacation. — Bloomberg 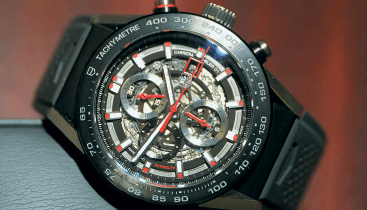 TAG Heuer Carrera Caliber Heuer 01
In addition to announcing a smartwatch collaboration with Google and Intel, TAG Heuer released a number of mechanical watches that balance value and good looks. The Carrera Caliber Heuer 01 uses a beefy Carrera-style case to frame an open-worked version of TAG’s in-house chronograph movement. It’s one serious piece of engineering and shows it all off. It might be a little aggressive for some, but if that’s your thing, it’s hard to do better for anywhere close to the same price. US$4,900 (RM17,934) 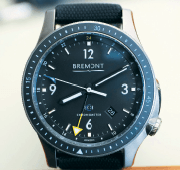 British military watchmaker Bremont’s newest collaboration with Boeing included a pair of complicated watches, one basic and one chronograph. The simpler option, the Model 1, is about as good as a modern Greenwich Mean Time (GMT) watch can get. It’s lightweight because of the special titanium alloy case (courtesy of Boeing’s engineers) and the GMT is easy to set and read. Forget flying a plane as a pilot — I just want to wear this in business class. US$6,450 (RM23,607) 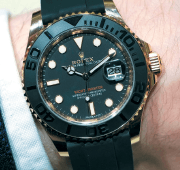 People were a little puzzled when Rolex unveiled its big novelty for 2015: a rose gold Yachtmaster with a matte ceramic bezel and rubber bracelet. I’ll admit I wasn’t thrilled at first, but on the wrist the new Yachtmaster is spot on. It’s comfortable, the dial has a ton of depth to it, and that rubber/titanium Oysterflex bracelet makes you rethink the difference a good strap can make. There’s also a smaller 37mm size. US$24,950 (RM91,317) for the 40mm and US$22,000 (RM80,520) for the 37mm 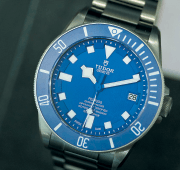 Tudor made waves the first day of Baselworld by unveiling its first-ever in-house movement. In addition to using the movement in the new North Flag, Tudor is also utilising it in a new blue version of the Pelagos dive watch, which is inspired by early blue Tudor Submariners. I don’t love that there are now five lines of text at the bottom of the dial, but the colour is superb and the titanium dive watch is one of the best out there. There is also a new black version with the in-house movement which will replace the old Pelagos by year end. US$4,400 (RM16,104) 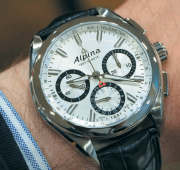 Creating an in-house chronograph movement is the yardstick by which true watch manufacturers are measured. Here, Alpina has packaged a brand-new in-house chrono calibre (that has a flyback function, no less) into a sturdy steel case for an aggressive price. The black and white dial is easy to read with big patches of lume at the hours and on the hands, and the telemeter scale around the edge is a nice nod to military aviation. US$4,885 (RM17,879) 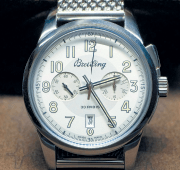 At 43mm, this watch is downright small for a Breitling. The style is faithful to vintage Breitlings without being contrived or overdone. If you look closely you’ll notice the two-tone quality to the dial — which is even better in person. The mono-pusher feels great and the chronograph action is crisp and precise. It’s limited to 1,915 pieces. US$9,275 (RM33,946) 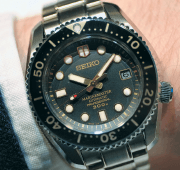 You might not think of Japan when you think of bomb-proof dive watches, but Seiko’s been making them for 50 years. To commemorate the anniversary, the watchmaker released a number of special editions, and this is our favourite. It’s rated to resist water pressure at 300m (deeper than even most pro divers go), comes on an extremely comfortable bracelet, and doesn’t look a bit like its Swiss cou-sins. That it’s limited to only 1,000 pieces is the cherry on top. US$2,500 (RM9,150) 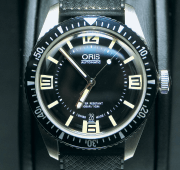 Some people love chunky dive watches but others like a slimmer option that still evokes a trip to Nassau in the 1960s. This Oris diver has funky numerals, a discrete date window at six o’clock and a  Tropic-style rubber strap. If you have a James Bond fantasy, but want the conveniences of modern waterproofing, this Oris is an awesome choice. €1,600 (RM6,331) 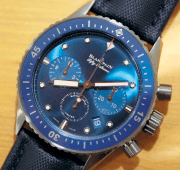 Speaking of Swiss dive watches, this blue chrono from Blancpain is tough to ignore. The case is matte grey ceramic (pretty cool, right?) and the blue dial looks vivid even in dim light. It houses the same in-house flyback chronograph movement as its black sibling and wears really well. The only downside is that the 250-piece limited edition is probably already sold out. US$20,200 (RM73,932) 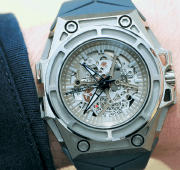 This is one of those watches I didn’t expect to like nearly as much as I did. It’s kind of brash, it’s large (46mm across and 49mm tall), and the skeletonised case and dial are a little ornate. But, I can’t help it, I really enjoyed the few minutes I got to spend with the Spidolite on my wrist. It’s really well designed, wears comfortably (even on my small wrist) and kept me intrigued the whole time. The rose gold version also impressed, but titanium is definitely more beginner-friendly. 15,000 Swiss francs (RM56,290)