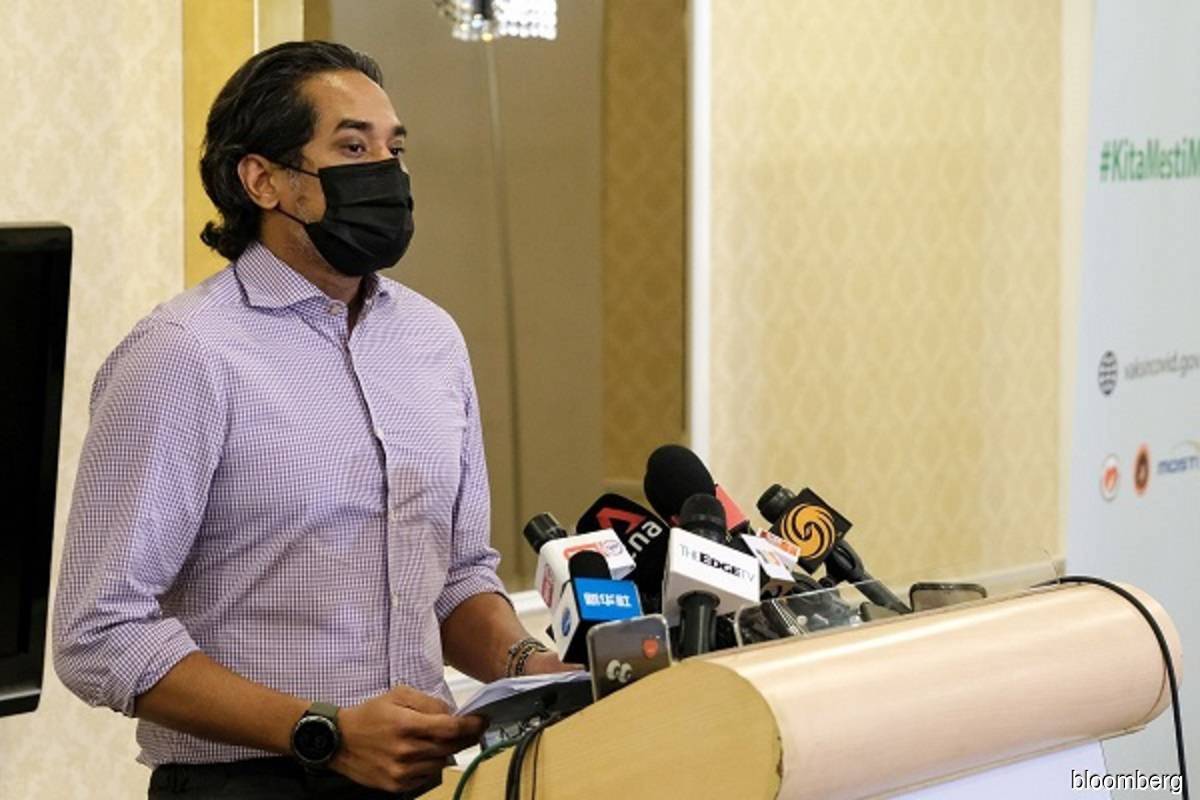 He said this marked that Malaysia has met the first national threshold for the transition from Phase One of Movement Control under the National Recovery Plan (PPN).

“For adult population, 30% have received their first dose, while 13.6% have completed two doses of COVID-19 vaccination

"Early this month we announced to administer 300,000 jabs on average in July, but over the last three days we did one million doses,” he said at the ‘Vaccine Advocacy Forum’ at the National Pharmacists Convention (NPC) 2021, which was streamed live on YouTube today.

Referring to the smaller number of doses administered a few months ago, Khairy, who is also Science, Technology and Innovation Minister, said it was caused by low vaccine supply as well as global inequality in vaccine distribution.

Khairy noted that as of July 4, Malaysia had received 12.6 million doses of AstraZeneca, Pfizer and Sinovac vaccines, from a total of 67 million doses procured.

“We are waiting for another 54 million vaccine doses; this is to indicate to the pharmacists‘ society that this is a clear issue of supply, not capacity, and once we obtain our supply, we are operating at a utilisation ratio of 90% right now,” he said.

Referencing data reported in countries including Germany, the United Kingdom, the United States and Singapore, Khairy said the number of new cases and deaths will start to decline upon reaching 30 to 40 people fully vaccinated per hundred people (30 to 40% of the population fully vaccinated).

He said by the end of August, Malaysia will achieve 30 to 40% of the population fully vaccinated to observe a decline in the death rates based on the world data.

Khairy also pointed out the means of observing Covid-19 data upon reaching a certain threshold on vaccination, as it is a mitigation to ensure people do not die or get hospitalised from Covid-19 rather than suppression as the number of cases might still be high.

Citing the situation in UK, he said the UK government is starting to monitor hospitalisation and death rates despite currently facing more than 300,000 cases per day due to the Delta variant, just as the country is opening up.

"So likely we are following that trajectory as we open up the economy; transmission cases may still be there but what we want to see is death and hospitalisation goes down. What we need is that the public and private healthcare facilities are not overburdened with the Covid-19 cases,” he said.