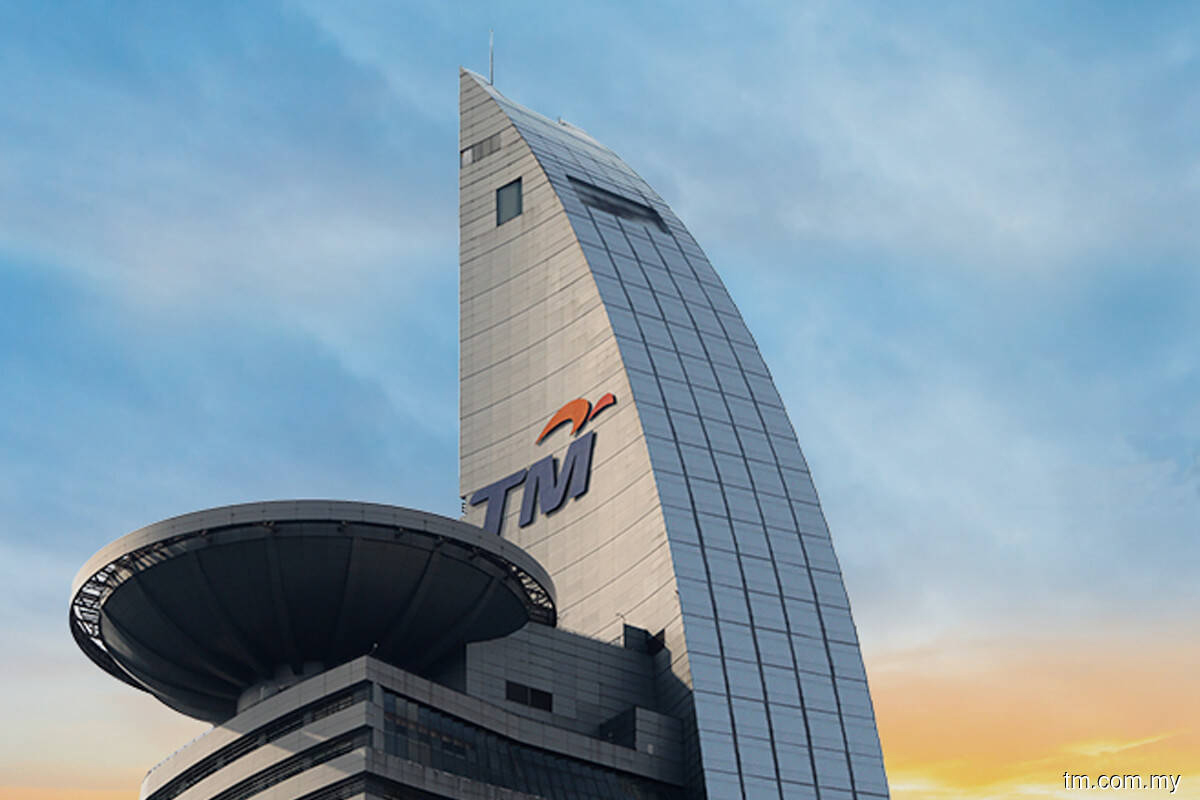 In a statement to Bursa Malaysia today, TM said 2QFY21 revenue however rose to RM2.76 billion from RM2.59 billion, helped by the "increase in revenue for all services apart from non-telecommunication related services".

For 2QFY21, TM declared a dividend of seven a share.

According to TM, 2QFY21 revenue declined 1.7% to RM2.76 billion "with declines in data, other telecommunication and non-telecommunication services which were affected by stricter Movement Control Order put in place in the current quarter ended".

"(Looking ahead) we remain steadfast in our efforts to realise the national digital aspirations. Based on the current performance momentum, the group is on track to achieve its 2021 targets," TM said, without specifying in its quarterly financial report what the company's targets are for FY21.

TM has 3.77 billion issued shares, according to its quarterly financial report.

In a separate Bursa filing today, TM said its seven sen a share dividend will be paid on Sept 30, 2021.