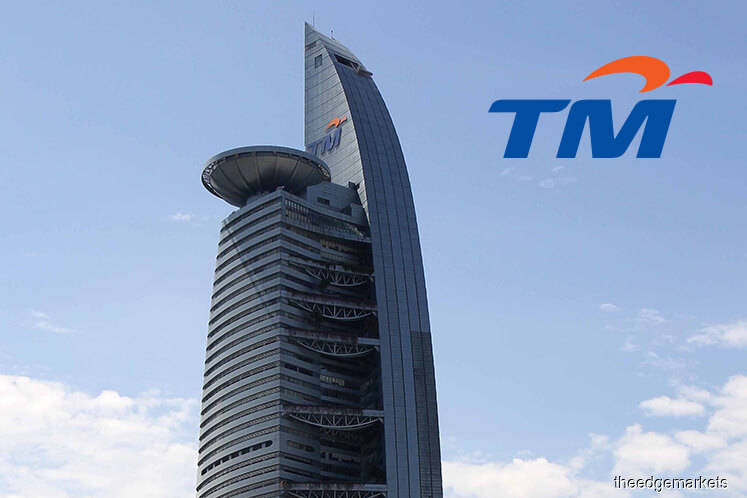 KUALA LUMPUR (May 22): Telekom Malaysia Bhd (TM) said first quarter net profit fell 32% to RM157.16 million, from RM230.43 million a year earlier, as a decline in voice, data and other telecommunication-related services led to a drop in group revenue.

In a statement to Bursa Malaysia, TM said today revenue dropped to RM2.85 billion in the first quarter ended March 31, 2018 from RM2.96 billion.

"Group revenue decreased by 3.9% (RM116.6 million) to RM2,848.0 million, from RM2,964.6 million in the same quarter last year, due to decline in voice, data and other telecommunication-related services. This led to 35.2% (RM105.2 million) decrease in operating profit before finance cost, from RM299.1 million in the 1st quarter of 2017 to RM193.9 million. Group profit after tax and non-controlling interests (PATAMI) decreased by 31.8% (RM73.3 million), from RM230.4 million to RM157.1 million, despite higher foreign exchange gain on the group’s borrowings in the current quarter, compared to corresponding quarter of 2017.

"As we move forward in 2018, our strategy to Accelerate Convergence and Empower Digital remains relevant. Guided by our PERFEXE 10 execution plan, we have prioritised groupwide initiatives to be more focused in delivering results faster, in light of the current challenging market landscape, " TM said.