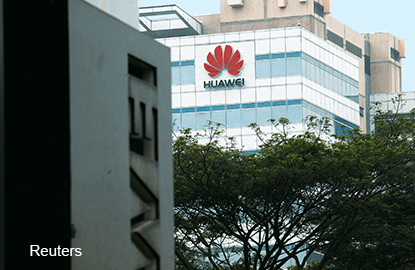 Huawei said in a statement sales reached 175.9 billion yuan (RM108 billion) on an unaudited basis in the January to June period.

Huawei will release figures for its smartphone business later this week, a company spokesman said.

International Data Corp (IDC) said Apple was the top smartphone vendor in China during the first quarter this year with a 14.7% market share, helped by sales of its bigger screen iPhone 6 and iPhone 6 Plus.

Chinese upstart and media darling Xiaomi followed with a 13.7% market share and Huawei was third with 11.4%, IDC said.

Huawei is not listed on any stock exchange, but it releases financial information in the interest of transparency. United States officials view Huawei as a security threat due to perceived close links to the Chinese government, which the company denies. — AFP