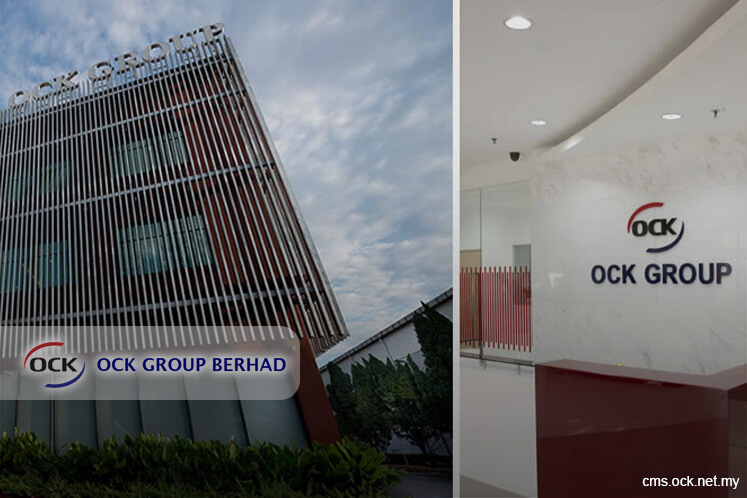 OCK Group Bhd
(March 6, 80.5 sen)
Maintain buy with a lower target price (TP) of 94 sen: A recent meeting with management post financial year 2017 (FY17) results highlighted the greater emphasis on profitability. We view this positively given the margin squeeze on projects over the past year. Its fourth quarter of FY17 (4QFY17) results were also crimped by the tepid performance of the Indonesian site maintenance unit (Putra Mulia Telecommunication), which saw significant average selling price erosion. Positively, we note the still commendable growth and contributions from the highly earnings before interest, taxes, depreciation and amortisation-accretive regional towerco business. We project regional revenue contribution to widen to 40% in FY18 (FY17: 34%), driven by new co-locations and build-to-suit orders in Myanmar and Vietnam. Our FY18 core earnings have been cut by 12% after baking in more conservative growth assumptions/gross margins and imputing higher goodwill amortisation charges with the completion of the price purchase agreement for Vietnam (60%-owned Southeast Asia Telecommunications Holdings Pte Ltd). FY19 core earnings have also been toned down by 6%.

We believe OCK Group Bhd (OCK) is well poised to secure another sizeable maintenance outsourcing job. This follows a recent managed service contract inked between Ericsson Inc and DiGi.Com (DIGI MK, “neutral”, TP: RM4.95) — OCK being Ericsson’s principal outsourced partner in Malaysia. We understand the contract entails full maintenance for both active and passive sites nationwide (over 8,000). It would be significantly larger than the Maxis’ (MAXIS MK, “neutral”, TP: RM5.70) outsourcing contract clinched in 2014 involving 4,300 passive sites. The group also bagged a three-year full turnkey fiberisation frame contract from Maxis (valued at over RM150 million). Other potential awards could come from Celcom and a Sarawak state-backed company on maintenance and fiberisation jobs where discussions are ongoing. We expect the telco network services segment to remain the key growth driver, with revenue set to grow at a two-year compound annual growth rate of 14%.

OCK has formed a joint venture to bid for a smallish Indonesian towerco and submitted a tender for a towerco licence in Nepal. It is also vying for opportunistic deals in Sri Lanka and Bangladesh. While the expansion beyond Indochina is a natural progression, in our view, to scale up its towerco business, we see execution and regulatory risks in some markets with implications on funding. The mergers and acquisitions would allow the group to move another step closer to flogging off its wholly-owned towerco, OCK SEA Towers Pte Ltd (via a separate listing) with management previously targeting an optimal portfolio of around 5,000 towers (from 2,990 currently).

We maintain our “buy” call with a lower sum-of-parts-derived TP of 94 sen (from 99 sen, 16% upside) after taking in more conservative growth/margin assumptions. This follows the weaker-than-expected FY17. Earnings growth looks still to be firmly supported by the growing co-locations and built-to-suit orders in Indochina, coupled with the robust pipeline of fiberisation/maintenance jobs locally. The year-to-date share price correction has priced in earnings risks to a certain extent. Execution, margin pressure and funding are major risk factors. — RHB Research, March 6