Tee brothers now E&O’s biggest shareholder, but what will they do with it? 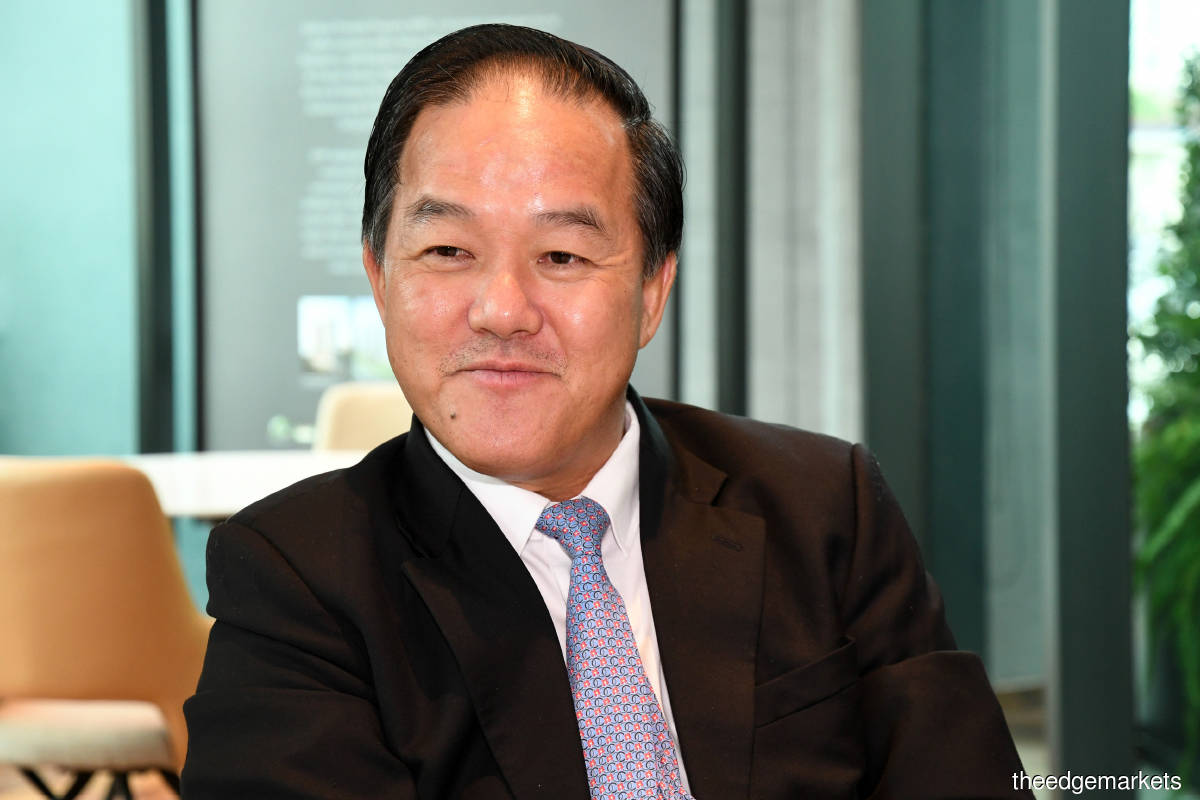 THE recent move by Kerjaya Prospek Group Bhd co-founders Datuk Tee Eng Ho and his brother Tee Eng Seng to mop up additional shares in Eastern & Oriental Bhd (E&O), hitting the 33% threshold for a mandatory general offer (MGO), has left many investors wondering what they see in E&O that others do not.

Sime Darby Bhd has been trying to sell off its remaining 10.89% stake in E&O since the completion of its demerger exercise in 2017.

The sale brings the combined shareholding of Amazing Parade and persons acting in concert to 42.71% from 31.82%. The news did not send E&O shares any higher, as the Tee brothers intend to maintain E&O’s listing status on Bursa Malaysia, but shares of Kerjaya Prospek and Kerjaya Prospek Property Bhd have since gone up by 10% and 6% respectively after the news broke on March 26.

So why did the Tee brothers buy into E&O, which has fallen on hard times? The premier lifestyle property developer posted a net loss of RM195.94 million for its most recent financial year ended March 31, 2020 (FY2020), compared with a net profit of RM61.92 million in the previous financial year, dragged down by lower revenue and fair value impairment losses of RM209.6 million. Revenue was down 45.1% year on year to RM486.8 million.

According to the seven analysts covering E&O, five are expecting it to post a final loss in FY2021, before turning a profit in FY2022. In 9MFY2021, net profit dropped 75.9% y-o-y to RM1.95 million in line with the lower revenue recorded.

In its financial results for 3QFY2021 released in February, E&O stated that it is not expected to make a strong recovery until the pandemic eases and movement restrictions, both locally and internationally, are relaxed. E&O had cash and bank balances of RM331.91 million and borrowings totalled RM1.13 billion, putting it in a net debt position of RM802.75 million at the end of 2020. This translates into a net gearing of 0.45 times.

But the short-term financial metrics are not what attracted the Tee brothers to E&O, say people close to Eng Ho, who is executive chairman and major shareholder of Kerjaya Prospek with a 71.65% indirect interest. Eng Ho also holds a 57.59% indirect stake in Kerjaya Prospek Property.

“Datuk Tee (Eng Ho) is a long-term value creator. This is evident from his entry into once-obscure Fututech Bhd in 2011 when he and Eng Seng emerged as major shareholders via a jointly-owned company, Egovision Sdn Bhd. Much of the company’s growth came after Datuk Tee injected his construction business via Kerjaya Prospek (M) Sdn Bhd and Permatang Bakti Sdn Bhd into Fututech in 2015 for RM458 million,” says one person familiar with the company.

Fututech, which initially specialised in lighting, furniture fitting and point-of-sales manufacturing, was subsequently renamed Kerjaya Prospek in January 2016. Today, it is a pure-play construction company, with a market capitalisation of RM1.7 billion. Eng Ho declined to comment for this article.

The Tee brothers have been long-time shareholders of E&O, first emerging as substantial shareholders in September 2016 with an 11.18% indirect stake via Paramount Spring Sdn Bhd and Kerjaya Prospek Development (M) Sdn Bhd. Since then, they have been gradually buying up shares in E&O. As at April 2, 2021, E&O executive deputy chairman Datuk Seri Terry Tham Ka Hon was still a substantial shareholder in E&O, with an 18.86% shareholding held directly and indirectly, while businessman Tan Sri Wan Azmi Wan Hamzah had a 9.09% stake.

People close to Eng Ho say he sees E&O’s abundant quality land bank in Penang and Kuala Lumpur, and the fact that it remains a very strong brand name, with strong customer loyalty among a select demographic, as hidden gems. The company also operates the Eastern & Oriental Hotel in Penang and the E&O Residences Kuala Lumpur.

E&O’s Annual Report 2020 shows that the group has a land bank totalling some 1,522 acres in Kuala Lumpur, Penang and Iskandar Malaysia, Johor. In the UK, E&O owns Princes House along Kingsway in Central London, ESCA House in Bayswater and a 1.2-acre commercial property in Hammersmith. But in terms of project size and scale of investment over time, Penang Island dominates its property development activities. E&O’s pipeline of projects includes that with Japan’s Mitsui Fudosan Group, where the company is jointly developing 3.94 acres of freehold land in Damansara Heights, Kuala Lumpur. Featuring 54 units of luxury low-rise condo-villas with a gross development value (GDV) of RM348 million, it is slated for launch in the second half of 2021.

In Penang, the focus is on the 760-acre Seri Tanjung Pinang Phase 2 (STP2), first focusing on the fully reclaimed 253-acre area zoned as STP2A opposite the existing STP1 development, where infrastructure works are currently being carried out. The maiden launch for STP2A is currently scheduled for the second half of 2021, says E&O in its 2020 annual report.

And beyond the short term, given its niche in the Penang property landscape, E&O may also want a slice of the pie of the ambitious Penang Transport Master Plan, for which the Gamuda Bhd-led consortium is about to kick off the island reclamation project this year.

But if the Tee brothers already have a listed property vehicle now through Kerjaya Prospek Property, what does it mean for E&O? People close to Eng Ho say a merger is unlikely at the current juncture.

Its projects include Bloomsvale in Jalan Klang Lama and Kaleidoscope in Setiawangsa in KL, Straits Residences in Seri Tanjung Pinang, Penang, and G-Residence, a mixed-use development in Johor Baru. It also has an upcoming mixed-use development in Seksyen 15, Shah Alam in Selangor, featuring a 27-storey serviced apartment and a 22-storey small office/home office block above a seven-storey car park podium, with an estimated GDV of RM190 million.

In its Annual Report 2020, Kerjaya Prospek Property says the nexus of the group’s growth is in Greater Klang Valley, Penang, Johor Baru and Melaka.