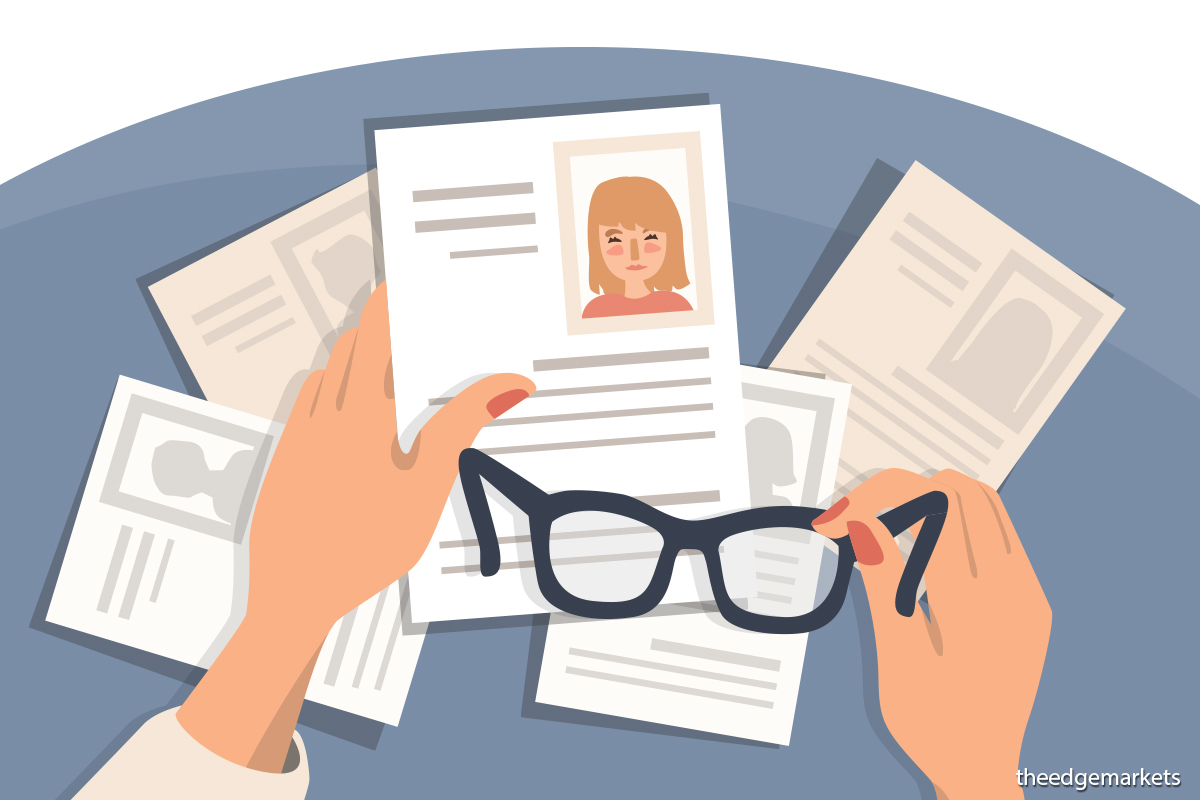 Businesses in Malaysia have been encouraged to adopt aggressive digitalisation measures due to the Covid-19 pandemic, which has increased demand for high-quality digital talent. But they are in short supply. How are companies responding?

1  Going global due to lack of quality talent

Prior to the pandemic, Poptron was run by a team of five, led by its CEO and founder, Brian Johnson Lowe. During the Movement Control Order (MCO), the company tripled its workforce to 15 staff members. However, Lowe says it was especially difficult to source high-quality talent in the current environment. Poptron is a lifestyle e-commerce website focusing on improving the accessibility of micro and emerging brands from pop-up bazaars via a single platform. The company recently secured US$1 million (RM4.04 million) in funding, which is enabling it to expand its team and scale up operations in Singapore by this quarter.

“Talent is divided into two specific pools. One is the generalist role [where employees are the jack of all trades, but master of none]. Currently, we have filled all of these positions because they were easier to find,” Lowe tells Digital Edge.

“However, filling in the tech roles was difficult. We need back-end developers, front-end developers, security engineers, UI/UX experts and cloud engineers — all of which are specific skill-based talent.”

Lowe suspects that there is a digital talent supply issue in the job market. He explains that for many economies around the world, the distribution of the industries and their contribution to the nation’s GDP used to be stable. However, the technological slice of the economy has grown significantly due to the pandemic, and the job market has yet to cope with this massive shift.

The industry, he says, needs time and resources to create these talents. For a highly technical subject such as cloud engineering, employers would be hard-pressed to find a college graduate who has decided to go down that career path at an early age.

Cloud engineers are instead trained and moulded into their respective position after years of sifting through multiple careers, or through implementations in previous organisations. When the industry saw a sudden massive demand for cloud engineers, for example, Lowe says there was simply not enough of them to go around.

“The massive spike in demand for digitalisation is entirely reliant on the talent supply to make the shift happen. However, you cannot just snap your fingers one day and make your company digital. You need the people to make it happen,” he says.

“So, the demand surge has made it difficult to source new talent, because there was no surplus of high-quality talent in the first place, even before the pandemic. The demand has outweighed the supply, and thus I feel that there is a lack of talent. Those who are currently employed are also demanding a higher salary as well.”

The difficulty in sourcing the right digital talent has prompted Lowe to outsource much of the platform’s development to a team of experts in India. He explains that as a tech company, there is a technical roadmap in place and milestones to hit in order to keep the business running. When features need to be deployed by a certain date, he has little choice but to rely on outsourcing to adhere to the timeline.

“We needed to launch Poptron from scratch within 30 days. It was not easy to find, hire, train and equip [people] to build an entire platform in such a short timeframe. The good thing about being a tech company is that you do not have to rely on local talent. You can engage someone in the US, Europe, Russia, India or Vietnam, because they are available globally,” Lowe adds.

He points out that companies will definitely have a leg up if they start out leveraging a global talent pool as opposed to just relying on local supply. However, such practices do come with downsides, such as the lack of an established real working relationship, which is driven by not only product features and deliverables but also being on the same page in terms of the company’s vision and mission.

2  MCO as a catalyst for job changes

WorkSmartly founder Victor Phang tells Digital Edge that, although it is actively hiring new digital talent during MCO 2.0, its recruitment exercises are not as aggressive as they were in May 2020 after the relaxation of the first MCO.

WorkSmartly is a tech company that provides an end-to-end cloud-based human resources management system, covering the entire workforce lifecycle from recruitment and payroll to analytics and business strategising. It has eight offices in Southeast Asia, and provides services to organisations such as Malaysia Digital Economy Corporation (MDEC), BP Healthcare, Sony and several Fortune 500 companies. Last year, the company managed to increase its staff count by 10% to about 120 employees. According to Phang, it was one of the outliers in the industry — actively recruiting talent when its industry peers were more cautious about hiring.

“One of the reasons we were aggressive in recruiting digital talent after the first MCO was because we were familiar with the work-from-home culture. We were fortunate to have had flexible work arrangements since early 2019, where employees can work at the office two days a week. Thus, it was easy for us to implement a 100% work-from-home policy during the MCO,” says Phang.

“But in my [social media] group chats, [I found that] a lot of Asian companies did not have the work-from-home culture before the pandemic. Covid-19 came as a shock and it was difficult for many of them to manage human resources productivity, which affected their business.”

In addition to the MCO not having a huge impact on the company, Phang says the job market was very liquid at that point in time. With companies conducting corporate restructuring and laying off employees, there were a lot more available talent in the market compared with pre-MCO, when digital talent was harder to source.

According to Phang, many companies also showed their true colours during the first MCO, in terms of how they treated their employees in a time of crisis. Many employees were shouldered with more work for the same or even less pay or they had a bleak outlook in terms of career prospects within the company, pushing them to seek better opportunities elsewhere. Thus, high-quality employees were open to being recruited by other companies during that time, he says.

This trend also coincided with WorkSmartly’s intention to digitally transform parts of its business processes, particularly in the administration and finance department. Hence, the company hired several computer science experts to assist in that process.

Phang points out that his company’s recruitment strategy has shifted since then. He believes that May 2020 was the best time to recruit talent for internal digital transformation. But now, the company hires talent to assist in project implementation, owing to increased sales and business growth during the pandemic.

With multiple offices in Southeast Asia, Phang believes that Malaysia’s digital talent has room for improvement compared with the other talent pools in the region.

“From my personal experience, the number of high-quality digital talent in Vietnam is increasing. They can really deliver on their promises, and they are very talented. Indonesian ones come in second, but you really need to study their backgrounds carefully,” he says.

“The Malaysian education system needs to change, not from the tertiary level but from the primary school level. Many of our syllabuses are outdated and other countries have already made it compulsory to teach programming language as part of their education.

“Our education system is very much driven by politics rather than real market needs. Thus, for many organisations like ours, we have to self-help. And we do so by training our talent ourselves.”

Despite the movement restrictions imposed during the pandemic, RPG Commerce Sdn Bhd has managed to quadruple its employee count from 20 staff members in January 2020 to 80 in January 2021. Founder and CEO Melvin Chee says most of its recent hires are designers, developers and data analysts, and it is hoping to reach 200 staff members by the end of this year. RPG Commerce is an e-commerce company that has several direct-to-consumer brands under its portfolio, such as Eubi and Thousand Miles. Originally established in 2017 in Melbourne, the company has expanded its presence with offices in Singapore and Malaysia.

“Last year, there was an industry-wide phenomenon, where e-commerce traffic and sales went through the roof. We were fortunate to be in the right place at the right time, and our business actually quintupled last year. We hired people to support this growth,” says Chee.

With the company experiencing explosive growth in terms of employee count, it was a challenge to promote and maintain a coherent company-wide culture, considering that communication channels were restricted to virtual meetings and messaging platforms.

“We spend a lot of time on people and culture here. When we only had 20 people, we used to hang out every day for lunch, dinner and drinks. But for the past 12 months, we have had so many new people joining the business, which is why it is very important to have a structured onboarding process,” says Chee.

“When someone [new] joins us, for the first three months, we ensure that the team leader is there to help guide him through the onboarding journey and understand how the company works, and who is who.”

In addition to establishing a clear onboarding process, the company has placed strong emphasis on open communications and transparency. Chee explains that many of the senior personnel hired were afraid of voicing their concerns, possibly due to their previous experience working under a different company culture.

After working in San Francisco and Australia, Chee was used to a more open culture. He tries to instil that culture in RPG Commerce and encourages staff members to be open with their ideas for improvements and criticisms. He points out that the current onboarding programme was also developed after receiving feedback from new recruits.

“It is more important to instil a sense of responsibility in our employees and let them take ownership of what they are doing. We never want to micromanage people, so a lot of our guys are pretty productive, I would say.”

Chee also believes that the conversation should include company leaders, as opposed to just digital talent, because company leaders play a pivotal role in unlocking the passion within employees to pursue new digital skills and add value to the company.

“It is very easy to put the blame on the employees’ personality or how they are not driven enough. But for us as a company, we believe that there are more terrible leaders than terrible employees,” he says.

“Especially with our young workforce, with an average age of 20-something, you want them to be experimenting with new ideas and paths all the time. Because you will never know if any of them will spark a new interest, and change their whole career trajectory for the better.”

Digital talent refers to employees who are proficient in at least one of the many digital skills demanded by the industry. A joint report by Capgemini and LinkedIn has identified 24 hard digital skills, which include technical subjects such as automation, big data and cloud computing, as well as creative subjects such as web development and video content marketing.