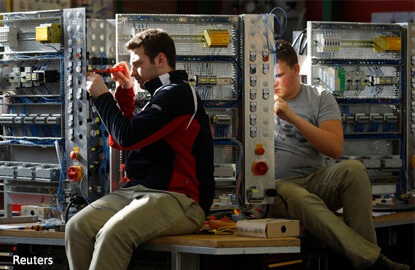 (Feb 6): Several technology companies plan to send a letter to U.S. President Donald Trump on Monday urging his administration to follow through on proposed changes to a travel ban on seven mainly Muslim nations, sources familiar with the letter said Sunday.

"We welcome the changes your administration has made in recent days in how the Department of Homeland Security will implement the Executive Order," according to a draft of the letter.

The sources did not want to be identified because discussions regarding the letter were ongoing.

On Jan. 27, Trump issued an executive order imposing a 90-day ban affecting citizens from Iran, Iraq, Libya, Somalia, Sudan, Syria and Yemen and a 120-day bar on all refugees. Those travel bans caused chaos by trapping some travelers at airports and stranding others overseas.

A federal judge on Friday put a temporary nationwide block on that week-old executive order, leading the Republican president to criticize the judge and the court system.

"We stand ready to help your administration identify other opportunities to ensure that our employees can travel with predictability and without undue delay," the technology companies, some of which have had a frosty relationship with Trump since the campaign, said in the letter.

"We are concerned ... that your recent Executive Order will affect many visa holders who work hard here in the United States and contribute to our country's success ... our ability to grow our companies and create jobs depends on the contributions of immigrants from all backgrounds."

Technology companies Amazon.com Inc and Expedia Inc , both of which are based in Washington, filed a brief in support of the Washington judge's temporary stay.  - Reuters