Tech: The tech giant you’ve probably never heard of but should watch out for 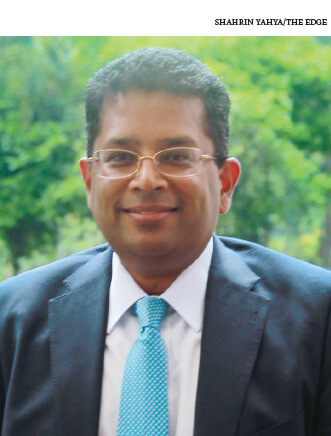 In some ways, Malaysia has done very well. The way the digital infrastructure has been laid out here is one of the best. It is much further ahead [than India] in many ways.” — Girish 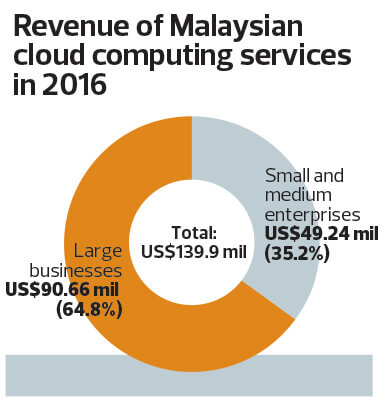 TATA Consulting Services Ltd (TCS) may not be a familiar name to most Malaysians, but over the past 13 years, the digital solutions giant has been providing key services to some of the country’s biggest banks and telcos, energy companies and oil and gas (O&G) players.

Having made Malaysia its regional headquarters for Asean eight years ago, TCS recently identified the country as its fastest-growing territory and addressable market, with revenue for its local operations having grown 50% year on year for the past three years, it says.

Now the group is intent on making deeper inroads into two sectors: the public sector for the provision of “citizen services” and shared asset management services for small and medium enterprises (SMEs).

“In some ways, Malaysia has done very well. The way the digital infrastructure has been laid out here is one of the best. It is much further ahead [than India] in many ways,” says Girish Ramachandran, TCS president for Asia-Pacific.

“It’s a question of what can be laid on top [of the existing infrastructure] so that people can utilise it much better,” he explains in an exclusive interview with The Edge.

Comparing Malaysia’s digital transformation scene with India’s is certainly not an apple-to-apple comparison.

As at March 2017, Malaysia had 21.68 million internet users, or a penetration rate of 69.6% of the population; India’s internet users number a whopping 200 times Malaysia’s at 462.12 million, but its penetration rate is half of Malaysia’s at 34.4%, according to data compiled by Internet World Stats from the United Nations’ International Telecommunication Union. The disparity in smartphone ownership is even more pronounced, with Malaysia seeing 80% of all phone owners using smartphones, while only 18% of mobile phone owners in India use them, according to a 2014 Nielsen survey.

Despite the challenges, the sheer size of India’s population makes it an ideal playground for Tata to test drive solutions such as Merchant Pay, a payment platform that uses thumbprint recognition at enabled point-of-sale (POS) systems around the country. It leverages the country’s Aadhaar system — a 12-digit unique identification number issued to all Indian residents that is linked to their biometric data.

In simple terms, Indian consumers with an Aadhaar-linked bank account can simply flash a thumbprint to pay for a transaction at a convenience store, no need for plastic cards or pin codes, while the merchant merely needs a working internet connection and a biometric authentication device.

Girish does not provide specifics but claims the five-month-old platform has seen a “very high” take-up rate. Part of the success has been attributed to the decision of Indian Prime Minister Narendra Modi’s to demonetise the INR500 and INR1,000 notes in October last year.

On the one hand, the system has drawn praise from the likes of Paul Romer, chief economist at the World Bank; at the same time, it has also attracted criticism due to fraud vulnerabilities, biometric mismatches and the lack of safeguards on data security.

Yet these are teething issues that are to be expected when rolling out a payment platform to accommodate 1.3 billion people.

However, it does raise some interesting applications beyond India — could a similar system be implemented in Malaysia?

After all, Malaysia has all the necessary ingredients — a national identification number that is linked to a centralised database of personal and biometric data, good internet and mobile broadband coverage nationwide, and a relatively well-banked population.

The MyKad is already payment-enabled via Touch ‘n Go. However, it would be more interesting to see it properly integrated into the banking system to transform it from a simple prepaid cash card to a universal payment platform. Interestingly, Girish notes that such a system would be a direct competitor to conventional payment service providers like MasterCard and Visa.

National payment systems, however, are not the only nor the most pertinent entry point for the group into providing what Giresh refers to as “citizen services”, which involves developing services for the general public.

Oftentimes, this involves thinking outside the box.

He points to TCS’ pilot healthcare initiative with Singapore Management University (SMU), where motion sensors were installed in over 100 low-cost Housing and Development Board flats occupied by senior citizens.

Dubbed SHINESeniors by the SMU-TCS iCity Lab, the project tracks the daily activities of the occupants — including monitoring mobility patterns, medication adherence and sleep quality.

But monitoring is only half the challenge. Girish explains that TCS hopes to utilise the big data from this pilot programme to provide better care for such occupants.

“Even before someone is ill, we could detect changes in their behaviour that could give us clues. Caregivers could preemptively address such problems before it becomes too serious,” Girish explains.

In fact, the results from the pilot have been encouraging enough that TCS has presented the solution to the Malaysian government as well, he adds.

Naturally, this also raises questions about the creeping intrusion of technology into people’s privacy. Talk of motion sensors installed in homes quickly steers the conversation towards the all-seeing “Big Brother” in George Orwell’s novel, 1984.

“As long as it is helping us make our own lives a lot easier, we are okay with some of these intrusions,” Girish says, opining that convenience is seen as a worthy trade-off to such pervasive data collection.

Another key growth area for TCS in Malaysia is in shared cloud services. In particular, the group is targeting SMEs.

According to data from Frost & Sullivan, the Malaysian cloud services market is expected to grow at a compound annual growth rate (CAGR) of 33.7% to reach an overall market size of US$798.5 million (RM3.42 billion) in 2022, using 2016 as a base year.  Of that sum, the SME segment is expected to make up a growing slice of the pie from its revenue contribution of 35.2% in 2016. (see chart)

Shared cloud services focus on migrating a company’s operations and processes to the cloud. This can range from human resources to payroll and supply chain management. And currently, the industry is relatively fragmented in Malaysia, with many different vendors supplying different services.

But TCS can do it all.

The group certainly has the size and the expertise to muscle out the smaller competitors in this space. TCS aims to use a pay-as-you-go model that has worked well for the group in India under the TCS iON banner.

In fact, Girish argues that the group’s key advantage is standardisation.

“SMEs do not want customisation; they want standardisation,” he argues. “Additionally, you only pay for the number of users who actually use the software. Typically, with the iON Cloud enterprise resource planning (ERP) software, the return on investment (ROI) exceeds rent within three months, when best practices are well followed.”

For example, last month, TCS launched Adhingam, an ERP software for textile manufacturers in India, to identify non-compliance or late payments in the Goods and Services Tax that cost INR18,000 (RM1,198.80) for the initial six months.