Tech: Sony remakes itself, again — as a tech powerhouse 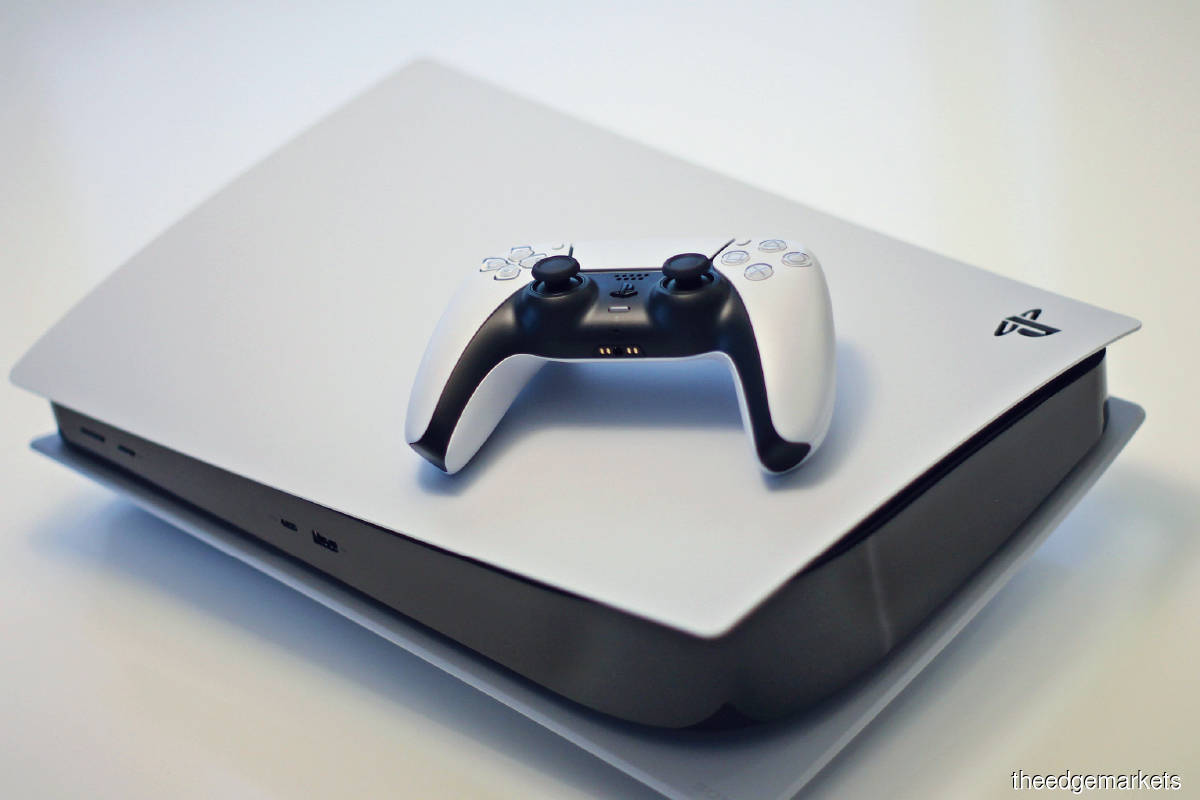 JUST over four years ago, I wrote in this column about Sony Group Corp, the iconic Japanese consumer electronics firm that was facing an array of challenges as tech giants such as iPhone maker Apple Inc, software powerhouse Microsoft Corp, entertainment colossus The Walt Disney Co and South Korea’s hardware and chips behemoth Samsung Electronics Co Ltd left it in the dust.

The Tokyo-listed shares of Sony had cratered to under ¥3,400 and analysts I talked to at the time were of the view that the stock had more downside in the short term. Last week, Sony’s shares topped ¥13,200, or a whopping four-fold increase since April 2017. In comparison, Apple shares are up a similar four-fold over the same period whereas Amazon.com stock is up slightly less, or 3.7 times.

Sony is not seen as a cutting-edge techno­logy firm these days nor is Japan considered a market in which investors would seek spectacular four-fold returns. But let’s give credit where it is due. Sony has undergone an extreme makeover over the past five years and, as such, it is now no longer the old fuddy-duddy Japanese firm your parents or grandparents used to rave about.

Sony invented the battery-powered transistor radio in the mid-1950s and popularised mobile radios in the 1960s. In the 1970s, it became the global leader in colour TVs and Betamax video cassette recorders. In the late 1990s, it invented Aibo, the robot dog. But it missed the switch to MP3 players and tablets as well as mobile phones as Apple entered consumer electronics unveiling its iPods, iPads and iPhones, and an array of South Korean and Chinese manufacturers followed.

You can trace Japan’s decline as a tech powerhouse with the fall of its consumer electronics giants such as Sony. Now, Japan is trying to resurrect its tech industry. With former foreign minister Fumio Kishida winning the Liberal Democratic Party (LDP) leadership election on Sept 29, Japan will have a new prime minister installed over the next few days. The Land of the Rising Sun is again being touted as a hot investing destination just as global investors worried about rising interest rates and a fiscal cliff in the US, regulatory concerns in China and Covid-related issues elsewhere seek safer harbours to park and grow their money.

The incoming PM Kishida is expected to dissolve the Lower House before the end of its four-year term on Oct 21. That will pave the way for a general election as early as Nov 7, which the ruling LDP is most likely to win by a handsome margin. At the top of the new parliament’s agenda will be Kishida’s economic master plan to revive Japan.

So, what’s new? Every few years, we hear endless tales about some new LDP leader’s attempt to revive Japan’s moribund economy. Well, this time it could really be different. Here’s how: During the election campaign, Kishida vowed that he would continue Abenomics, the bold monetary easing, flexible fiscal policy and private investment-led growth strategy. Kishida is likely to announce a new bigger, bolder stimulus package to support Japanese households and businesses that have been hit by the pandemic.

The key person to watch will be the fiesty woman leader Sanae Takaichi, the third winner of the first-round election, and how prominent a role she would play in the Kishida-led government. Think of her as US Treasury Secretary Janet Yellen, US Federal Reserve chair Jay Powell and free spending Democratic leaders Speaker Nancy Pelosi and Chuck Schumer all rolled into one. Takaichi has been arguing a bold fiscal policy and massive reflation to resurrect the Japanese economy.

As China looks more inwards under President Xi Jinping with its “dual circulation” strategy to cut its dependence on overseas markets and technology — a shift brought on by a deepening rift with the US — Japan clearly sees an opportunity to play a bigger role in the global economy. It is also keen to fill the vacuum that will be left behind as US and Chinese technologies split, forcing Chinese companies out of major Western tech markets. Japan is a key member of the Quad group of nations, alongside the US, India and Australia, which have teamed up in a security partnership in Asia-Pacific as they try to counter the emerging China. Quad has announced initiatives to share technology and spur its development, including a plan to set new global security standards for the technology industry.

If you have been following the debate in Japan in recent months, a new crop of Japanese leaders wants to push the country back to the forefront of innovation and cutting-edge technology. They want to catapult Japan once again to take the leadership role in semiconductors, artificial intelligence and robotics — areas in which it was a powerhouse two decades ago only to cede the pole position to Taiwan, South Korea, China and the US. Over the past few years, Japan has also focused on digital technologies to catch up with the US and China.

Japan’s digital push also offers an opportunity to elevate its women, who have lagged behind in the traditionally male-dominated society. To become a tech giant on a par with the US and China, Japan needs to attract top tech talent as well as capital to fund new innovative companies. Japan’s Ministry of Economy, Trade and Industry projects a shortfall of 450,000 IT professionals in the country by 2030. It has likened the situation to a “digital cliff” looming for the world’s third-largest economy.

Japan also needs to give its existing homegrown tech champions such as Sony more incentives and oxygen to grow. In recent months, Japan has been wooing the world’s largest chip foundry, Taiwan Semiconductor Manufacturing Co Ltd, to set up wafer fabrication plants in Japan to help enhance its own semiconductor ambitions. Detractors say Japan’s new outreach to help rebuild its tech sector is too little, too late. But Tokyo is ready to turn over a new leaf and is now marching in the right direction.

In the late 1990s, before the start of the tech boom, nearly a third of the world’s 20 largest companies were Japanese. Today, just three of the world’s top 100 companies by market capitalisation are based in Japan. Car giant Toyota Motors Corp at US$186 billion (RM778 billion) is ranked 34th. The largest tech company in Japan is Osaka-based Keyence Corp, which designs advanced automation sensors and 3D vision systems. It is now the 86th most valuable company on earth, with a market value of more than US$148 billion. Keyence is bigger than German car maker Volkswagen AG and global banking giant Citigroup Inc, and about the same size as chip maker Qualcomm Inc. Sony is now the 93rd-biggest listed firm globally and Japan’s third most valuable.

Sony is a multinational conglomerate with six main operating segments: game and network services, which include PlayStation consoles and games; music publishing and recorded music; movie and TV production; electronic products and solutions, including mobile phones sold mainly in Japan; cameras, camera modules and lenses; and financial services, which include insurance and online banking.

Music, movies and TV programming and games as well the PlayStation game console now account for more than half of Sony’s operating profits. And the entertainment share of the business is growing. Sony is the only Hollywood-based movie and TV production firm that does not have its own streaming service. You should not bet on the Sony+ service competing with Netflix, Disney+, AppleTV+ or Amazon Prime Video anytime soon. Sony is happy to be the Switzerland of filmed entertainment, making movies and TV programmes that terrestrial networks or other streaming services can buy. For now, it believes it can make more money as a producer of entertainment rather than as a producer and distributor like Netflix or Disney. Sony sees itself as “an arms merchant to content-hungry streaming services”, says Doug Creutz, Cowen & Co entertainment analyst based in San Francisco.

Sony is a dominant global player in the music business, alongside Universal Music Group and Warner Music Group. The big three make up more than 70% of all music publishing and recorded label music business. Sony is the world’s largest music publisher and No 2 record label. If you listen to 10 random songs on a radio station or a music streaming anywhere, it is likely that Sony was publisher and owned the rights to three or four of the 10 songs. That is how dominant Sony is in the business.

If you are confused about where music publishing ends and record labels begin, here is a recap from a column I wrote on the global music industry three years ago. The recorded music business involves the discovery and development of artists as well as marketing and promoting their music across a variety of formats — streaming, digital, physical and live performances. In exchange for their investment and expertise, record labels like Sony secure the “master” rights on sound recordings and lock in the rights to future recordings, generating revenue through the sale and monetisation of music, and then share that revenue with the artist who produced the recording.

The music publishing business, on the other hand, involves the discovery and development of songwriters, and the respective ownership of the copyright for musical compositions used in recordings, public performances, films and ads. In exchange, music publishers share the royalties with songwriters and composers.

Apart from being the second-largest camera maker in the world, Sony is the world’s largest maker of complementary metal-oxide semiconductor or CMOS-based image sensors. They are built into microprocessors and other digital logic circuits used in robotics and cameras, areas that are booming along with the growth in smartphones, virtual and augmented reality gear, autonomous cars and robots. Apple’s new iPhone 13 uses Sony’s image sensors and camera modules. Although Sony’s sensors account for only a quarter of total global 3D sensor sales in unit terms, they comprise more of the sales in value terms.

Another big growth driver for Sony is games. Last November, Sony released the PlayStation 5 game console around the same time that Microsoft released its Xbox Series X. Despite a tight supply of components, Sony has reportedly not only sold more consoles than Microsoft over the past 10 months, but it has also had better margins. But Cowen’s Creutz says Microsoft is pursuing a significantly different content strategy than Sony by bundling its new-release first-party titles into its Xbox Game Pass subscription product.

Microsoft, the world’s No 2 infrastructure player with its Azure web service just behind Amazon’s AWS, has carved a clear lead in enabling cloud-based gaming on multiple platforms, he says. While Sony has enjoyed a significant advantage in quality first-party titles for many years, Microsoft has begun to close the gap with its recent acquisitions of Bethesda and other games studios. “Sony still has enormous brand equity and a loyal installed base, and is likely to continue to have the more attractive first-party game portfolio,” Creutz says.

Detractors say Sony needs to get more focused, shed its non-core financial services business, shut down the money-losing smartphone segment and spend more money on research and development. But the company has built a big niche for itself despite those minor distractions. With earnings growing close to 10% annually and the more lucrative movie and TV production business projected to grow 15% to 20% a year over the next three years as video streaming firms such as Netflix demand more content, and music streamers like Spotify and Apple pay more for its music,

Sony has a long runway ahead of itself. If other Japanese tech companies could only just emulate Sony in remaking themselves, Japan would be well on the way to becoming a formidable force in tech.