Tech: Is podcasting the next new thing? 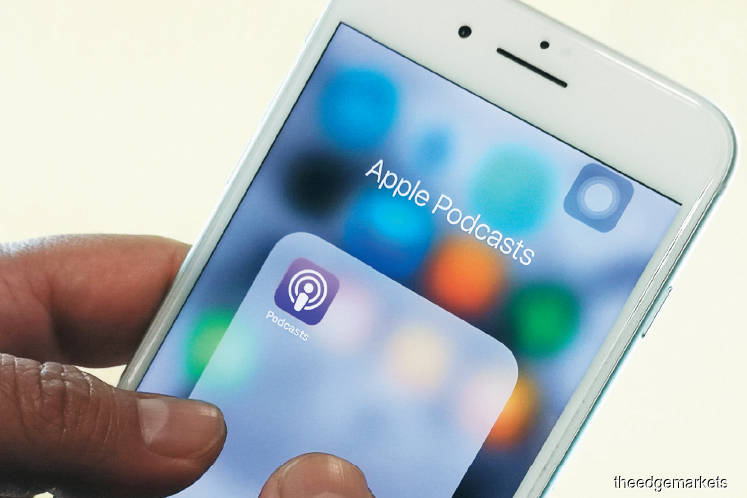 ONE of the biggest cultural phenomena in North America in recent years is called the Serial. No, it is not a book, a radio programme or, indeed, even a TV series on Net­flix or Hulu. It is actually an award-winning investigative journalism podcast hosted by veteran journalist and TV producer Sarah Koenig, who narrates a non-fiction story over several episodes. Currently in its third season, the Serial podcast episodes have been downloaded a whopping 350 million times.

If you thought long-form investigative journalism had died with the struggling global newspaper industry, you probably have not been paying attention to podcasting. Journalists have simply moved on to other media to tell their stories. Over the years, podcasters have built a loyal core of listeners and are finally starting to see real revenues as advertisers seek to hitch a ride on their coat-tails. Procter & Gamble Co, Chipotle Mexican Grill, Amazon Music and ZipRecruiter are among prominent US corporate advertisers that have been steadily increasing their ad spend on podcasting. And everyone is embracing podcasts. Billionaire media baron Shari Redstone, who controls media giant CBS Corp and Viacom, reportedly catches up on news and features by listening to podcasts on her iPhone.

Early this month, music streaming giant Spotify announced it was acquiring two podcasting firms, Gimlet Media and Anchor, for US$343 million (RM1.4 million), and vowed to pour in up to US$500 million more to build a large podcast platform, including further bolt-on acquisitions. Indeed, Spotify Technology founder and CEO Daniel Ek likened his plans to invest in original podcasting content to a Netflix-like build-and-they-shall-come strategy of splurging on content to attract customers. “Audio — not just music — would be the future of Spotify,” Ek wrote in a blogpost last week.

To be sure, video never really killed the radio star. In much of the developed world, advertising on radio now equals or even exceeds newspaper advertising. Podcasting is poised to make as big a dent on radio as video did decades ago. Catering to a niche, targeted audience, on-demand podcasting is far superior to broadcast radio, which is often live, aims for mass appeal and cannot be edited once it has been broadcast, whereas podcasts, which are pre-recorded, can easily be restructured or edited after recording.

Podcasting, which derives its name from Apple’s iPod, is as old as the now-defunct MP3 player introduced in late 2001. More than 124 million Americans, or 44% of the population, have listened to a podcast and 17% listen weekly, according to Edison Research, a New Jersey-based consultancy. Last year, 26% of the US population, 12 years or older, listened to a podcast at least once a month. Podcasting is just one of the many things competing for the share of our ears. Until a few years ago, men far outnumbered women among podcast listeners but, as the variety of podcast inventory grew, the gender gap narrowed quickly, notes a recent study by Edison. Americans spend an average of four hours a day listening to some form of audio. Forty-six per cent of that time is spent listening to radio mostly in the car during their commute to or from work; 14% to streaming audio from Spotify, Apple Music or Pandora; 12% to owned music downloaded and saved on smartphones, music players or CDs or, in rare cases, even vinyl; and 3% to podcasts.

Apple Podcasts has a 52% market share of the podcast audience, nearly 600,000 active shows and 20 million episodes, representing a massive content library. Spotify is second with a 19% share of the market and 185,000 podcast titles on its platform; and Stitcher has a 4.6% share. Google Podcast, Overcast, Pocket Casts, Pandora, SoundCloud and others have the rest.

So, what do people listen to on podcasts? Just about everything. One of the first things I do when I wake up at seven every morning is listen to The Daily, a 20-minute news podcast on my Amazon Echo show speaker. The podcast by The New York Times is hosted by political journalist Michael Barbaro and is based on the newspaper’s reporting of the day. As I am making coffee and having my breakfast, The Daily plays in the background, giving me the lowdown on what is happening around the world. So, even before I scan through my emails or browse newspaper sites on my laptop or smartphone, I already have a good sense of not just the headlines but also an instant analysis of what is going on. Just in the last 24 hours, apart from The Daily, I have listened to a podcast from a management consultant and podcast interview with a prominent Silicon Valley venture capitalist. In all, I spent more than an hour and 10 minutes listening to podcasts today. That is more than what I normally spend reading newspapers and magazines.

Among the most downloaded podcasts last year was Oprah Winfrey’s Super Soul Conversations and National Public Radio’s Politics Podcast. Another popular podcast is Gimlet’s The Habitat, which takes listeners into the dome of a simulated Mars mission, where six volunteers live for a year in isolation from the outside world in the lava fields of Hawaii. The most streamed podcast genres in North America are crime and mystery such as the Serial, comedy, then news and politics, health and the arts.

For now, nobody — not even its most ardent fans — is suggesting that podcasting might become a serious business anytime soon. You do not need to subscribe to listen to a podcast on Apple’s platform, though, with its renewed focus on services to complement its hardware such as the iPhone and HomePod Speakers, that is likely to change soon as the smartphone giant bundles its podcasts with its music, movies, games and news offerings to attract paying subscribers.

In 2017, podcasting raked in more than US$300 million in advertising in the US alone. Global podcast advertising revenue topped US$650 million last year, according to PwC, and is expected to exceed US$1.6 billion by 2022, or 30% annual growth, says Mark Mahaney, internet analyst for RBC Capital Markets in San Francisco.

That is still minuscule compared with the US$17 billion in worldwide radio advertising last year. Yet, all the talk about annual advertising revenues in podcasting misses the point. Commercial podcasting started after the decline in media advertising took hold. So, from the get-go, many small podcasting firms have relied on other revenue streams, including subscriptions, and see advertising as merely an add-on. In China, niche podcasters have tried the tipping model. You can listen to a podcast for free, but if you like, you could tip the podcaster some money. It is not creating millionaires, but many Chinese podcasters are making a decent living off their podcasts. Tipping a few renminbi from your WeChat Pay or AliPay account is far easier, however, than, say, paying an American podcaster you might hear on Apple Podcasts, Spotify or Pandora. “While there are many examples of independent podcasters making a good living under the current model, the absolute numbers are probably overestimated,” notes tech analyst Ben Thompson, author of the Stratechery blog. “A world where podcast advertising depends on bespoke deals is an increasingly difficult business for podcasts with less than 100,000 downloads.”

So, what is Spotify’s podcasting game plan? The music streaming giant, which turned its first-ever quarterly profit recently but is likely to remain in the red over the next year or two, no longer sees itself as merely a music streaming play. Having avoided taking the plunge into hardware such as speakers, which would put it in direct competition with Amazon.com’s Alexa-powered Echo, or Google Home or Apple’s HomePod, and having shunned video streaming, which would have put it head-to-head with Netflix, Spotify is betting that it is better off staying away from hardware and staying within its core competency, audio, by branching out into podcasting.

“[Spotify’s] podcast users are almost twice as engaged as non-podcast listeners on the platform,” founder Ek writes in his blog, explaining the streaming giant’s forays into podcasting two weeks ago. But can Spotify make money from podcasting? With Apple Music and other competitors clawing away market share, Ek understands that his company needs other platforms such as podcasts on Spotify to help drive growth, increase user engagement, reduce churn and expand margins. If Spotify can expand its podcasting share to 30% of the global market, it could rake in US$500 million in additional revenues by 2022, notes RBC’s Mahaney in a recent report. Forty per cent of gross margins in podcasting, in line with the margins Pandora currently enjoys, could give Spotify nearly US$200 million annually in additional gross profits, he notes.

Yet, Spotify and, indeed, Apple have some serious competition. Last May, Luminary Media, a venture-backed firm, raised US$40 million to expand its own podcasting offerings. And, just last month, San Francisco-based podcasting start-up Himalaya Media raised US$100 million. Himalaya, whose biggest investor is Ximalaya, China’s biggest spoken-word audio platform, expects to roll out a series of exclusive podcast shows. Apart from advertising and subscription, Himalaya would rely on paid content on its platform, so a company such as Starbucks might be able to produce a podcast extolling the virtues of coffee drinking. Redstone’s own private venture-capital firm, Advancit Capital, has invested in several small podcasting firms.

Whenever you get a new phenomenon such as podcasting, you can be sure that venture capitalists will pour in a ton of money to help upstarts upend the business models of established players. Like videos, narrowcasting podcasts may never replace radio broadcasts, but they are here to stay. Podcasting has reached a critical mass, where the business model will keep evolving until one of the big players comes up with a viable and sustainable one.