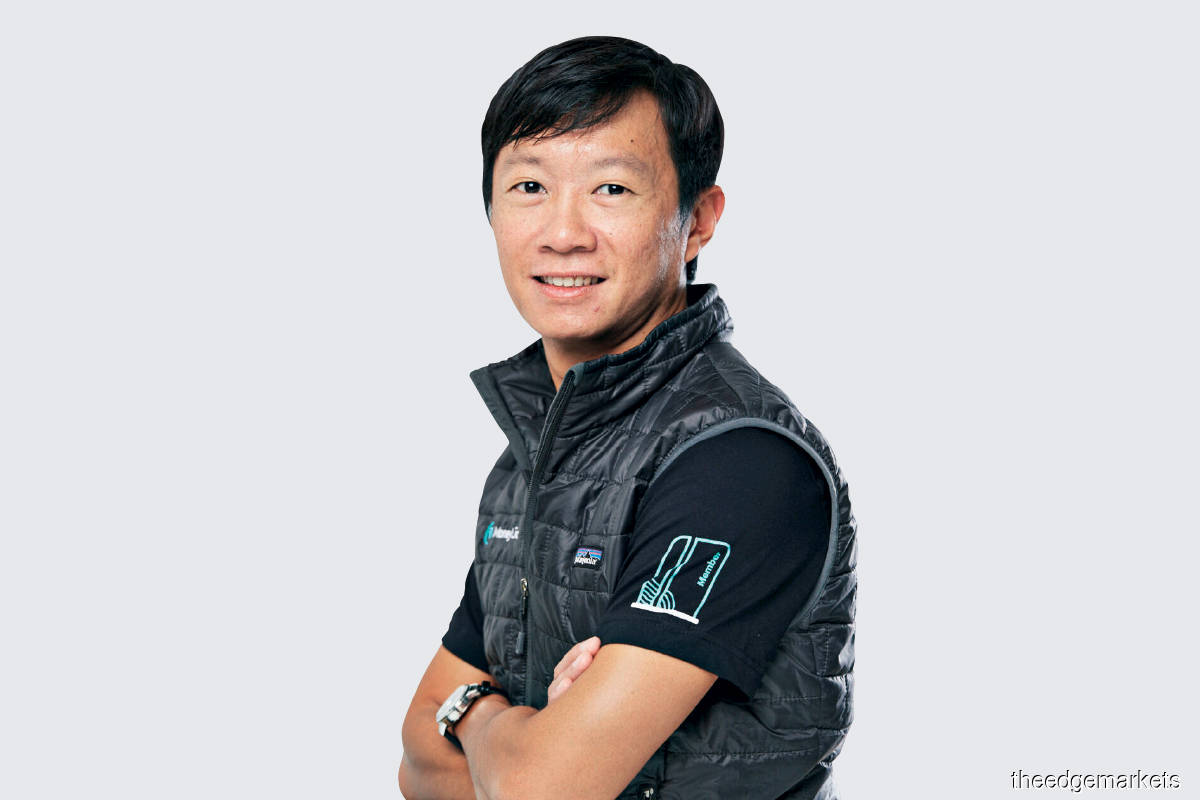 Foong: We don’t want to be a bank where we only sell you products. We want to go into what the users are interested in. (Photo by Moneylion)

DIGITAL banks have yet to commence operations in Malaysia, but the operations of a US-based digital bank, MoneyLion Inc, are being supported out of an office in Kuala Lumpur by local software engineers and data scientists.

Listed on the New York Stock Exchange in September, MoneyLion is a top 10 digital bank in the US that was co-founded by Foong Chee Mun, a Malaysian who also serves as its chief technology officer.

In a recent interview with The Edge, Foong reveals that the group, which currently employs over 250 technologists in the areas of data science and machine learning, product management, product engineering and cybersecurity, is expecting to double the size of its Malaysian office.

Since its launch in 2013, the group has established itself in the American market as a full-service digital platform that delivers mobile banking, investment solutions and personalised solutions.

“We have invested about RM110 million in Malaysia in the past seven years. Around 90% of our engineering workforce and 100% of our artificial intelligence workforce that have served or are serving MoneyLion — from a five-person workforce company to a 250-strong company listed on the NYSE today — are Malaysians.

“To say that Malaysia lacks talents to develop these kind of forefront technologies is simply not true, because Malaysian talents are fuelling the growth of MoneyLion in the US market,” he says.

Foong himself is a pioneer in the fintech space, having had the idea to set up MoneyLion while working at an AI Lab at Purdue University, his alma mater.

Before setting it up, he had co-founded another company with one of the professors at Purdue called Simulex Inc, which focused on computational human behaviour models.

“The AI research lab specialises in this very special branch of AI, called agent-based modelling of human behaviour, and when I was graduating, which was like 20 years ago, this wasn’t very common at the time.

“So the professor and I decided to start a company [Simulex] to commercialise this and I was with the company for about 12 years before we sold it to a large defence contractor in the US.

“It was around that same time that I got together with Dee Choubey (the current CEO of MoneyLion) whom I had worked together with before in the AI research lab, and together with another friend, Pratyush Tiwari, we co-founded MoneyLion with the intention of bringing the forefront of AI technology into consumer finance.

“That was in 2013, which was the tail end of the global financial crisis, and we saw a lot of big banks retreating from serving middle-class Americans. What we wanted to do was to fill that void by bringing the best of private banking functionality to middle-class Americans, and that is how MoneyLion was founded,” Foong explains.

Headquartered in New York, MoneyLion has succeeded in drawing about 8.5 million users to its platform. It offers products ranging from loans and deposit accounts to cryptocurrency investments, based on a promise to serve millions of Americans who have long been ignored by traditional banks. Its tagline states, “Welcome to Moneylion, where the 99% can feel 100% about their future”.

“We think that there are a lot of services that can be afforded to the working class and that can be akin to private banking. However, why the big banks are not doing so is because it is cost prohibitive for them.”

By bringing technology and AI [for example, through robo advisory technology] to the forefront, MoneyLion has been able to do that, he says. ”We want the masses to be able to experience the best of private banking, and invest in stocks or cryptocurrencies through our platform.”

The company also utilises AI technology to manage the risks associated with providing funding to the underserved markets.

“I think this is where the difference lies between a big traditional bank and a fintech. A big bank would think along the lines of, ‘Do I want to take the risks of having these segments of customers in my books?’ For a fintech, we design financial products in such a way that for consumers who might run into a risk of digging a hole, we make sure that hole becomes smaller, and we do this through AI,” Foong says.

“For example, when a traditional bank issues a credit card to a user, they assign a limit to the card, and that is one-time underwriting. What we do is just-in-time underwriting, meaning that your eligibility [for credit] adjusts on a daily basis, based on your real-time income and spending data. When we first started, we had 60 human underwriters working for us, and today, we have zero. The underwriting of our loans is being powered by AI.”

Setting up a digital bank in Malaysia?

According to various news reports, MoneyLion is one of the companies bidding for a digital banking licence in Malaysia.

Foong declines to confirm or deny the reports. He states that he cannot provide further comment on the matter given that MoneyLion is now a public listed company, and any announcement would need to go through the appropriate channels.

However, he says the company is interested in expanding its presence to Malaysia, and subsequently Southeast Asia, namely in Thailand, Indonesia and the Philippines.

“Our Malaysian office continues to do research and development for MoneyLion, and we run the AI services for the digital banking platform in the US. We also run a lot of our product [applications] from Malaysia, but that is pertaining to the US market.

“We also have the capability and the experience with tech and AI to support digital banks in Malaysia, even if we do not operate a digital bank here,” Foong says.

The company, however, has no plans to list its operations in Malaysia in the near term, given that it has just completed its NYSE listing. On the group’s decision to set up its centre of excellence in Malaysia, Foong says it was a personal decision, as he and his wife had decided to move back to their home country to be closer to family.

But Moneylion’s plans for the US remain firm, which is to continuously be at the forefront between lifestyle and consumer banking.

“We don’t want to be a bank where we only sell you products. We want to go into what the users are interested in. We have launched a whole bunch of pretty innovative products including cryptotrading, which is popular in the US. We also see that a lot of younger people have a distrust of credit cards, so we started to offer to them buy now, pay later products which we feel fits better with the mentality of the younger generation.

“We also want to be able to generate more financial literacy content on our app, on things like cryptocurrency, stocks and insurance. What makes us different from other fintech players — our superpower — is to be able to provide a complete set of financial products on our app for our users, in the sense that they don’t have to leave our app when it comes to sorting out their financial matters.”

Since its listing on the NYSE on Sept 23, MoneyLion shares have declined by 36% to close at US$5.53 last Wednesday, valuing the company at US$1.25 billion.