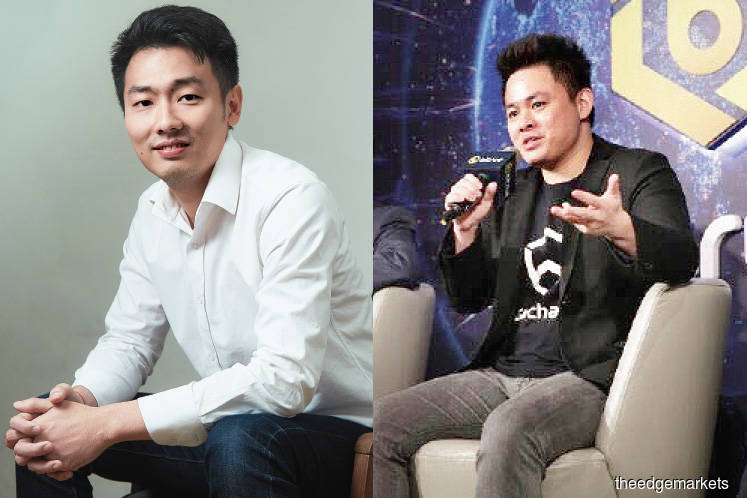 INITIAL coin offerings (ICOs) — the cryptocurrency counterpart of the traditional initial public offering (IPO) — have been on the rise, with the number and the amount of funds raised increasing over the past five years.

According to ICOdata, which maintains a database of active ICOs, there have been 1,086 ICOs worldwide since the beginning of this year, raising US$7.01 billion, compared with 873 ICOs raising US$6.17 billion last year. In 2014, there were only two ICOs that raised US$16.03 million.

Coinhako co-founder Yusho Liu says one of the main attractions of an ICO is its efficiency and the access to a wide pool of funds from all over the world.

Coinhako is one of the major cryptocurrency wallet exchangers present in Malaysia and Singapore, which is looking to expand to other countries in Asean, including Indonesia, Vietnam, Cambodia, the Philippines and Thailand.

“ICOs enable companies to raise funds efficiently, without the need for intermediaries, and they give greater access to investors as well. In a traditional IPO, access is given to an exclusive group of prominent and big investors.

“If I wanted to invest in Facebook pre-IPO, for example, I would never have been able to participate unless I knew the founders of the company. In the case of ICOs, everybody has access. You could be living in Malaysia and invest in a project in the US, for example,” Liu tells The Edge.

By raising funds through an ICO, there is no need for intermediaries as per a traditional IPO exercise, as the only parties involved are the company issuing the tokens and the investors.

However, Liu believes ICOs are a double-edged sword as they are difficult to regulate, especially in terms of conducting know-your-customer checks.

He points out that most ICO projects have proper websites, making it difficult to differentiate between the scams and the legitimate projects.

“Most of the projects are questionable. These projects have nice landing pages on their websites and are raising a couple of million, which I do not agree with. Why would anyone need millions to build a prototype?” says Liu.

A prototype refers to the platform on which the tokens or coins can be utilised.

“An ICO can be a good way to raise money as it costs a fraction of an IPO and it is more lenient due to the lack of regulation. However, this has also resulted in a big wave of ICO scams,” he says.

According to a study by ICO advisory group Satis Group LLP in July, about 78% of ICOs last year were scams, about 4% failed and 3% did not see any activity after the fundraising stage. Only 15% of projects went on to trade on at least one exchange.

In Malaysia, some of these questionable ICOs include EcoBit, a digital token claiming to be part of a carbon credit programme under the United Nations, although the intergovernmental organisation has denied any association with EcoBit Asia Sdn Bhd, the company behind EcoBit.

Other examples include Farad Energy, which sought to issue the first cryptocurrency backed by real economic activity but has gone quiet, and also CopyCash Foundation, which was looking to launch an ICO of its CopyCashCoin before being shut down by the Securities Commission Malaysia (SC).

She said the idea for the coin came about after making a handsome profit from her investment in cryptocurrencies two years ago.

The ICO planned to raise RM1.5 billion to set up an entrepreneur-focused online entertainment channel, the development of a payment gateway known as LavidaPay and the construction of a mosque, dubbed the DSV Galaxy Mosque, on a 10.12ha tract in Meru, Perak. She also had plans to construct a hotel, condominiums and recreational areas in the development.

Meanwhile, the SC has issued a notice to cease all promotional activities of LVC while it investigates the cryptocurrency for possible breaches of securities law.

According to people familiar with the matter, LVC is linked to another Malaysia-based cryptocurrency known as Evocoin, which offers several packages promising returns of up to 45% per month, according to its website evocoin2u.com.

Based on its website, Evocoin resembles a typical get-rich-quick scheme with a cryptocurrency twist, given that it offers guaranteed monthly returns upon subscribing to different investment packages ranging from US$100 to US$100,000.

According to social media posts of its CEO, Rahmad Tohak — a rock singer who goes by the stage name of Rahmad Mega — Evocoin was facing some issues and had roped in Vida for assistance.

Rahmad also had ties to another company involved in get-rich-quick schemes known as Water Beaute World Bhd, according to a news report. In 2015, he served as its CEO but it is unclear if he is currently still involved with the company.

Water Beaute World was added to Bank Negara’s financial consumer alert list of unauthorised companies and websites in May last year, and had previously surfaced as a substantial shareholder in several listed companies, including Anzo Holdings Bhd and Trive Property Bhd.

At one point, the company was also the largest shareholder in Raya International Bhd (now known as Straits Inter Logistics Bhd) and a substantial shareholder in XOX Bhd, although it has since disposed of its holdings in the two companies.

While the total amount raised through ICOs has been increasing on a yearly basis, activity has actually been slowing down since the beginning of this year.

On a month-on-month basis, funds raised have been declining as blockchain projects raised US$337.45 million in August, compared with US$1.52 billion in January, according to ICOdata, reflecting the weak sentiment on the digital asset market since the start of the year.

Meanwhile, Ethereum — the most popular platform used to launch ICOs — traded at US$188, versus its peak of above US$1,300 in January this year.

Wanchain’s Tan says many projects are putting their fundraising plans on hold for now, but he still expects more companies to take the ICO route in the future.

“A lot of blockchain projects are putting their ICOs on hold now due to the weak market sentiment. All of the projects we are advising and are involved with are postponing their ICOs until the market turns around to ensure successful fundraising.

“I personally foresee that more blockchain start-ups will launch their own ICOs,” he says.