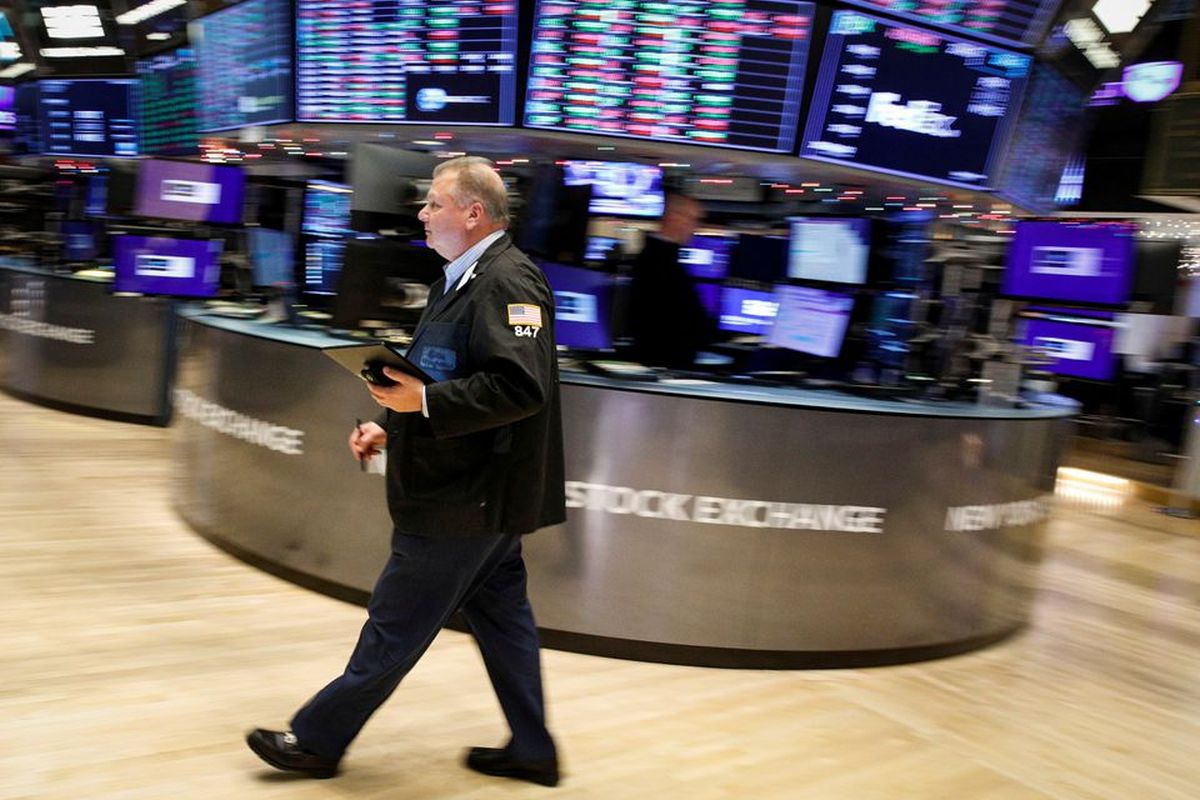 (Sept 22): Technology and financial stocks pulled Wall Street's main indexes lower for a third straight session on Thursday, as investors worried that the Federal Reserve's aggressive approach to rein in inflation could trigger a recession.

The Fed lifted rates by an expected 75 basis points on Wednesday and signaled a longer trajectory for policy rates than markets had priced in, fuelling fears of further volatility in stock and bond trading in a year that has already seen bear markets in both asset classes.

"Going forward, the market is going to be hypersensitive to any sort of Fed comments and data coming up. I would expect more volatility as the market digests them, but at the same time we're cautiously optimistic," said Brian Klimke, director of investment research at Cetera Financial Group.

"Valuations are a lot better than they were at the start of the year, earnings estimates have been lowered that makes it easier to beat. So, a lot of the bad news is factored in right now... we are creating a market where there are potential upside surprises now."

As of Friday, the S&P 500'sestimated earnings growth for the third quarter is at 5%, according to Refinitiv data. Excluding the energy sector, the growth rate is at -1.7%.

The S&P 500's forward price-to-earnings ratio, a common metric for valuing stocks, is at 16.8 times earnings — far below the nearly 22 times forward P/E that stocks commanded at the start of the year.

Nine of the 11 major S&P sectors declined, led by a drop of 2% in consumer discretionary and 1.5% in financial .SPSY stocks.

Shares of megacap technology and growth companies such as Apple Inc, Amazon.com Inc, Tesla Inc and Nvidia Corp NVDA.O fell between 1% and 4% as benchmark US Treasury yields hit an 11-year high.

Rising yields weigh particularly on valuations of companies in the technology sector, which have high expected future earnings and form a significant part of the market-cap weighted indexes such as the S&P 500.

"The higher interest rates imposed yesterday and the more hawkish tone delivered by the Fed will weigh on stocks in general and likely more on rate-sensitive sectors," said Sam Stovall, chief investment strategist at CFRA Research.

"I definitely see the market testing the June lows and there is an increased likelihood that new lows will be set as indicated by the rise in the two-year yield, and the widening of the inversion of the two-year and 10-year yield curve."

Recent dismal outlooks from companies including FedEx Corp and Ford Motor Co have also raised concerns about the health of corporate America.

Eli Lilly and Co gained 3.9% after the US FDA approved the company's drug Retevmo for the treatment of advanced tumour and non-small-cell lung cancers.