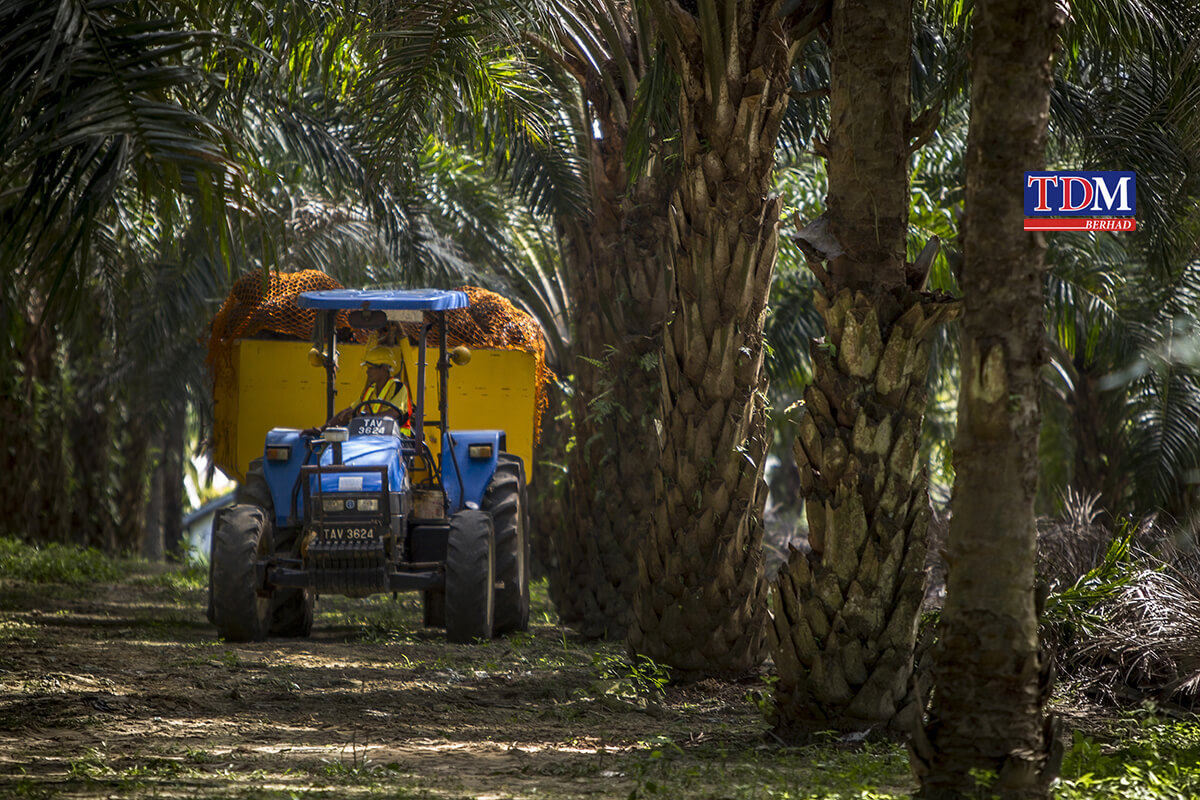 KUALA LUMPUR (Nov 25): TDM Bhd reported today that its third-quarter profit after tax from continuing operations stood at RM22.37 million, versus a loss after tax of RM3.81 million a year earlier, as group revenue rose on higher plantation income.

For the cumulative first nine months ended Sept 30, 2020 (9MFY20),TDM posted a profit after tax from continuing operations of RM815,000, compared to a loss after tax of RM5.04 million a year earlier.

TDM’s 3QFY20 performance improved an a quarterly basis. "The group’s revenue for the three months ended Sept 30, 2020 was higher by 45%, compared to the immediate preceding quarter, mainly due to higher revenue from both its plantation and healthcare divisions by 49% and 38% respectively.

TDM, which cultivates oil palm, said crude palm oil prices rose strongly to above RM3,000 per tonne in 3QFY20 after decreasing to RM1,946 in May 2020.

TDM said it will remain focused on improving productivity and optimising production cost of its plantation division.

"We are committed to our replanting programme, which has commenced since 2012, to rejuvenate our estates in Terengganu in improving [their] age profile and stand per hectare towards achieving higher yields and optimising mechanisation,” TDM said.

However, TDM remains cautious about its healthcare division, which runs the group’s hospitals, that has been affected by the Covid-19 pandemic.

According to the company, the Covid-19 pandemic has impacted the healthcare sector where patients have postponed non-critical treatments.

"However, [the] number of patients is picking up as the lockdown [is] eased and [due to the] reopening of businesses,” TDM said.