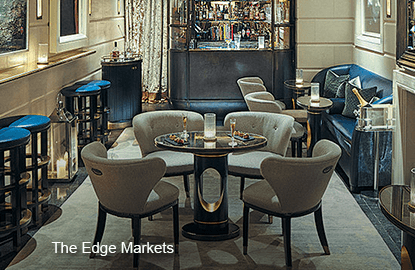 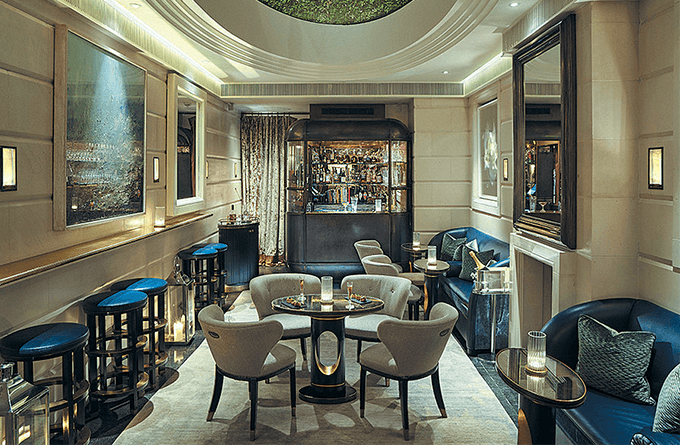 THERE are two entrances. Both are hidden. To find this bar, you need to either sneak through a pantry or explore corridors until you hear soft music filtering through a doorway with heavy drapes.

The Champagne Room at the Connaught is one of the most discreet bars in London. It is the quietest corner of a Mayfair establishment that’s known for its understated luxury.

The Connaught traces its history to 1815 and got its present name in 1917, inspired by Queen Victoria’s seventh child, Prince Arthur, Duke of Connaught and Strathearn. It’s associated more with titled European aristocrats than with Hollywood royalty or pop princesses.

The room opened a few months ago, with little fanfare. It can seat as many as 25 people — standing is not encouraged — who sip their drinks from baccarat crystal glasses. There’s no cocktail list. You just say what you want, and the bartender makes it for you.

The room specialises in rare champagnes and liquors, some unavailable elsewhere in the United Kingdom. One is very rare indeed. This is the only bar in the world that serves Krug Clos du Mesnil (2003) champagne by the glass, said Agostino Perrone, the star barman whose official title at the Connaught is director of mixology.

Fortunately, there are plenty of other choices, including a half-dozen champagnes by the glass, ranging from Jacquesson Cuvée No. 737 at £21, to £50 for Krug NV.

It’s best of all if you can get Perrone to mix for you. He’s a native of Lake Como in Italy, and is as smooth as the single malts he recommends. I might go for the budget option of Dalmore Connaught Cask at £18. But if anyone could sell you the Macallan 1948 at £1,248, it would be him.

Listen to Perrone explaining the choice of glassware: “We have baccarat glasses only. It is the purest and finest crystal in the world. It pleases the lips even before the nose, before the palate. The guests feel they are on a different planet. They have a smile already before the liquid kisses their lips.”

I was so startled by the price of the Macallan, I emailed Perrone to check if it is the cost of a single glass. He replied: “Yes, it is for 50ml, served with style and a smile.” (That’s the equivalent of 1.76 UK fluid ounces and million-US dollar salesmanship.)

The room features vintage-style blue banquettes and is filled with natural light from an oval-shaped window in the ceiling, whose shape reflects the fountain (by Japanese architect Tadao Ando) at the entrance to the hotel. The design is by Guy Oliver, whose studio’s commissions include Fera restaurant at Claridge’s, the entrance to 10 Downing Street, and the Princeton Club, New York.

The Champagne Room might not be for you. The hotel has two other options. The Coburg is grand and comfortable, rather like an old-fashioned club room. And my favourite is the Connaught Bar, whose designs (by David Collins) are inspired by English cubist and 1920s Irish art.

I like the buzz at the Connaught Bar. But if you would like to sample the toned-down luxury of the Champagne Room, I can let you in on a secret.

The Champagne Room is at the Connaught, 16 Carlos Place, London, W1K 2AL; www.the-connaught.co.uk/mayfair-bars/champagne-room/