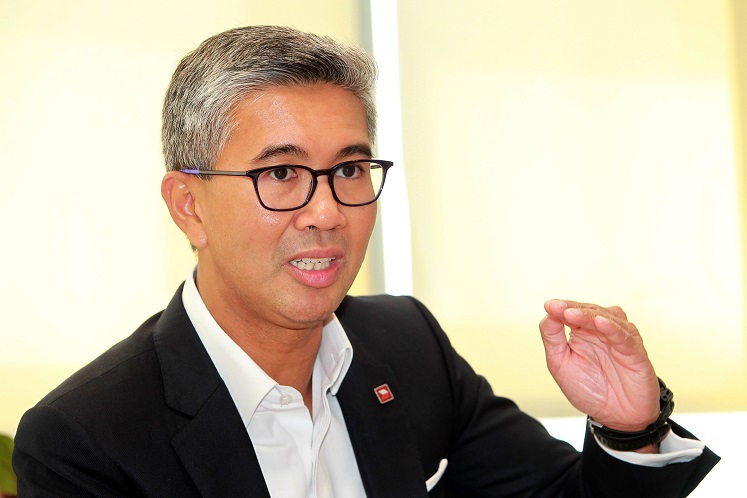 KUALA LUMPUR (June 28): It is up to the banks if they wish to extend the loan moratorium in a targeted way, said Finance Minister Tengku Datuk Seri Zafrul Tengku Abdul Aziz.

He expressed the view that banks should look into targeted assistance but they cannot be forced to do so as it is within their jurisdiction.

“[There are] a lot of requests from people who need more time for the moratorium. So, this is really up to the banks whether they can or cannot [do so].

“But in my personal view, we ought to help the people who need help,” he told a press conference after making a working visit to Prasarana Malaysia Bhd's headquarters here today.

Tengku Zafrul said the targeted moratorium extension should be looked at by banks on a case-by-case basis.

Under the Prihatin Rakyat Economic Stimulus Package, Bank Negara Malaysia (BNM) has proposed an automatic moratorium on all loan repayments by individuals and small and medium enterprises for six months from April 1 to Sept 30, 2020.

“Going forward, I think the best [way] is we focus on the targeted groups who need help,” he said.

According to him, borrowers have to engage with their banks early if they feel they need to reschedule their loan repayments.

“Especially those who have lost their jobs and have their pay reduced. Please see your bank now and restructure [your loan],” he added.

Meanwhile, Tengku Zafrul said the government would continue to adhere to fiscal discipline and he was optimistic that the fiscal deficit would be reduced once the economy improves post Covid-19.

"Even though our [fiscal] deficit will rise, [this is because] we want to help the people and the economy, but in the long run we will have to reduce this deficit once the economy recovers.

Besides that, the World Bank has downgraded its forecast for Malaysia's economy this year and expects the economy to contract by 3.1% from its earlier expectations of -0.1% in April, while it expects the near-term outlook to be uncertain due to Covid-19.

Tengku Zafrul said the lower projection was in line with BNM’s forecast of between -2% and 0.5% for 2020 amid the highly challenging global economic outlook.