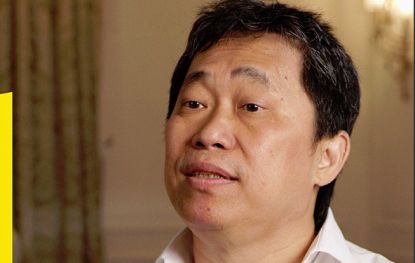 In a filing with Bursa Malaysia today, Iris said Tan had disposed of the shares, which is equivalent to a 2.52% stake in the company, for RM6.19 million yesterday.

Tan sold the shares in two blocks. One block of 41.6 million shares was transacted at 12 sen apiece amounting to RM4.99 million. This was a 4.3% premium to Iris’s closing price of 11.5 sen today.

The other block comprising 15 million was transacted at eight sen each or a total of RM1.2 million. This was, however, a 30.4% discount to Iris’s closing price.

Following the disposal, Tan's stake in Iris dwindled to 3.91%.

The largest shareholder of Iris is Felda Investment Corp Sdn Bhd, which has a 21.33% stake in the company.

Tan, 58, is one of the co-founders of Iris Corp, which is involved in trusted identification which deals with electronic passport services, property development and education.