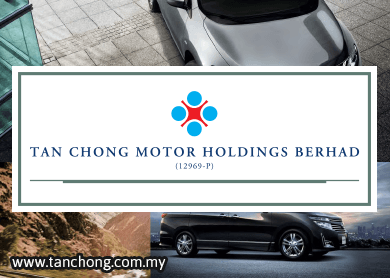 In its filing to Bursa Malaysia, the Nissan vehicles distributor said due to the highly competitive environment in the local automotive industry, it had stepped up promotional campaigns to sustain market share and reduce its inventory, at the expense of profit margins.

Nevertheless, Tan Chong noted the sale of RM198.25 million of hire purchase receivables under the Asset-Backed Securitisation (ABS) programme in the fourth quarter of 2014, had helped the group improve its cash flow.

Tan Chong noted its prospects remain challenging, as the weakening ringgit has added pressure on the imported costs of materials required in the automotive industry.

Meanwhile, it said higher costs of living and the impending implementation of the Goods and Services Tax on April 1, 2015, will be the two major concerns affecting consumer behaviour.

“There will be foreseeable slowdown in consumers’ spending, in the light of these factors. The tightening of lending guidelines by banks, including hire purchase financing, will restrict the purchasing power of potential car buyers,” it added.

Nevertheless, Tan Chong said it will continue to be prudent and control the capital and operating expenditures, while taking “diligent steps to monitor its foreign currency risk and maintain the business competitiveness throughout the year, to ensure its sustainability”.