Talking Points: Design News From Around The World 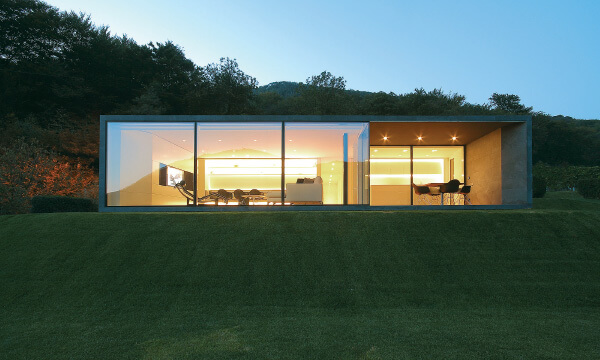 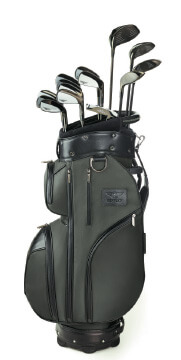 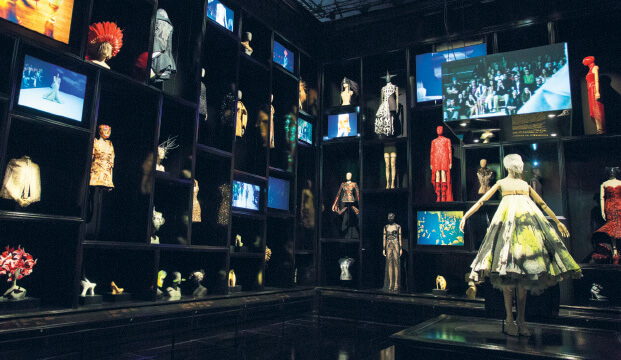 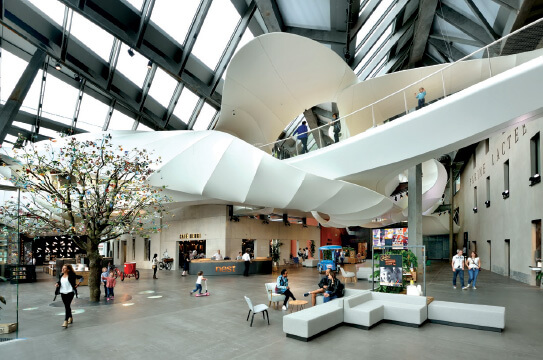 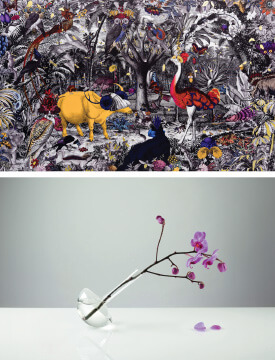 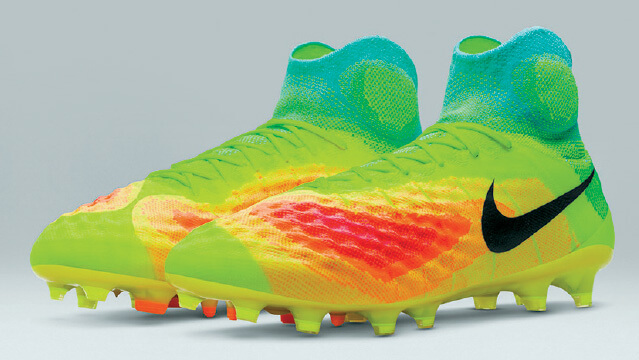 Intuition in its sole 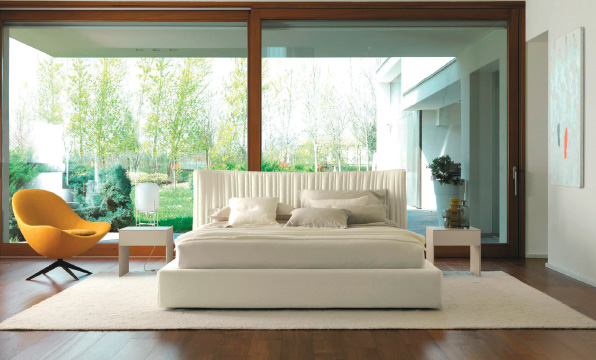 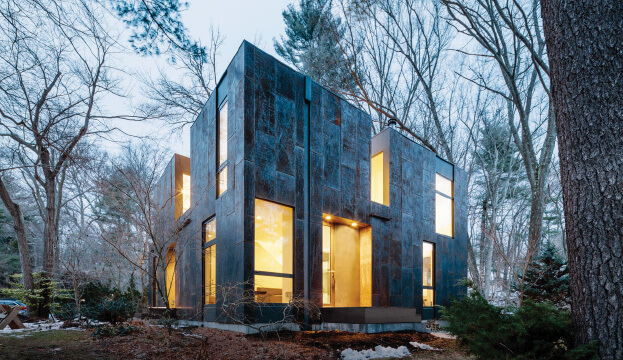 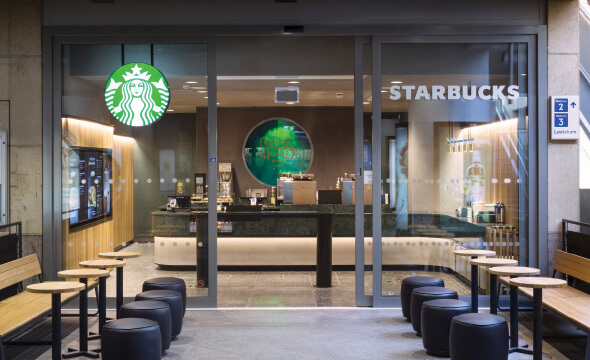 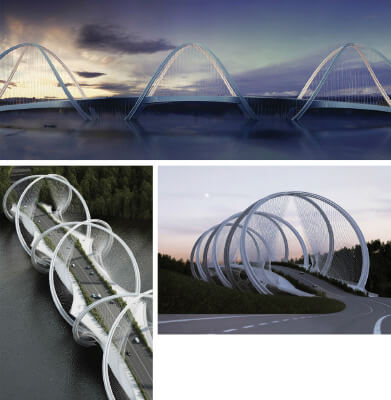 +A
This article first appeared in haven, The Edge Malaysia, on Issue #80 August + September 2016.
Model material

At the 2016 Grand Prix Casalgrande Padana, Jacopo Mascheroni of JM Architecture took home the first prize for his stunning residential project. The Montebar Villa Medeglia in the Swiss canton of Ticino is an exquisite contemporary expression of a home featuring a pitched roof. Ceramic cladding shrouds all vertical and inclined surfaces to create a monolithic, mono-material and monochromatic design that stands out from its lush hillside setting. Extensive use of glass optimises the view of the city sprawled below while the minimalist approach extends to the interiors, creating large and open spaces that exude serenity. Cutting-edge porcelain stoneware blends in beautifully with the raw expression as per the requirements of the international architecture competition that awards professionals who showcase the best technical features and expressive possibilities of Casalgrande Padana materials.

Bentley ensures a seamless transition from the car to the green with its new state-of-the-art golf collection developed in collaboration with Professional Golf Europe. The bespoke Bentley Golf series comprises clubs, bags, luggage and complementary accessories for a comprehensive experience, featuring signature design codes and high performance expected of the carmaker.

Irons are hand-forged in the Japanese town of Ichikawa, known for its ancient production of Samurai swords, for stunning feel and performance with custom leather, superb steel and a selection of graphite shafts. The driver is available in three loft options while a beautiful putter features the Bentley engine-turn milling across the face. The Tour, Cart and Stand bags are fashioned from waterproof fabrics and leather in a design language familiar to customers. Finally, accessories include a stunning sterling silver golf ball marker and pitch form as well as leather gloves, bag towel, umbrella, leather scorecard holder, cap and T-shirts. The collection goes on sale online and at selected golf retailers in September.

The Duchess of Cambridge, Katherine Middleton, recently presented £100,000 to the Victoria & Albert Museum for winning the Art Fund Museum of the Year award at a ceremony held at the Natural History Museum. The V&A beat four other museums in the UK to win the award for showcasing exceptional imagination, innovation and achievement in the preceding year.

The V&A had an exceptionally good year in 2015, attracting nearly 3.9 million visitors to its sites, 14.5 million visitors online and 90,000 V&A members, the highest in its 164-year history. Alexander McQueen: Savage Beauty became its most-visited exhibition, attracting a record-breaking 493,043 visitors from 87 countries. The museum pledged to use the prize money to support smaller museums and galleries throughout the UK in the spirit of progressing the arts.

Nestlé celebrates 150 years with a spectacular exhibition space in founder Henri Nestlé’s first factory from 1866 in Vevey at Lake Geneva, Switzerland. The 3,500 sq m space, called Nest, was designed by Dutch consultancy Tinker Imagineers at the factory, which opened in June after a €45 million renovation.

The arching industrial design is gentled by a white stretched fabric installation comprising 10 exhibits, including a 3D body scanner that shows how food is digested via an avatar as well as a prototype of the first Nespresso machine. Also included is an interactive table that explores global issues such as agriculture, sustainability and food production. Sprouting from the middle of the central atrium is a life-sized tree adorned with 1,200 flowers handmade from Nestlé product packaging from brands such as Nescafé. The company’s past, present and future are vividly imagined here, chronicling the journey of one of the world’s most significant food giants.

Presenting dyslexia as an alternative way of thinking instead of a stigmatised health condition, the inaugural Dyslexic Design showcases the work of dyslexic designers as part of the annual Designjunction. Exhibition founder, artist Jim Rokos, believes he designs the way he does because of dyslexia, not despite it, a subject to be explored in a debate on the effects of dyslexia on lateral and visual thinking. The thematic exhibition explores the perspectives of artists, including Rokos, Sebastian Bergne, Kristjana S Williams, Terence Woodgate and Tina Crawford, across product, fashion, illustration, home décor and fine art.

Dyslexic Design runs from Sept 17 to 25 as part of Designjunction, held from Sept 22 to 25 at King’s Cross in London. Tickets are priced at £12 in advance or £15 at the door and include access to the exhibition with a percentage of sales channelled to the British Dyslexia Association.

Intuition in its sole

To design the perfect pair of football boots, Nike in-house designer Phil Woodman imagined the evolution of the foot had football been its primary purpose, reworking the Magista boot with greater sensory amplification. The Nike Sports Research Lab studied areas of the foot in which high sensation and ball engagement overlap when playing football, using the data to create the Magista 2. The upper part of the shoe was 3D-printed with peaks and troughs to make it work as an organic extension of the foot while extra padding in place of the tongue and around the collar promise greater protection. Studs underneath the boot were rearranged based on players’ traction patterns, employing various shapes for specific purposes, such as half-conical studs for acceleration. The high-tech sneaker is wrapped with a funky aesthetic to arrest attention on the pitch.

Sleep takes on a dreamy dimension with the latest update on the Shellon bed by Désirée. Designed by Japanese duo Setsu and Shinobu Ito, the newly released Shellon entices with a soft, sinuous headboard upholstered with an irregular quilted cover pleated into ruffles. The removable fabric and leather covers are not the sole exercise of practicality in play here — the floor-standing bed frame also hosts a sleek storage compartment with a manual opening mechanism. Fashioned from metal and wood with black polypropylene feet, the structure juxtaposes sturdiness and suppleness to invite the weary to sink into its welcoming embrace.

Amidst a sparse garden of Japanese maple trees in Lexington, Massachusetts, is the Grow Box residence. The natural landscape, comprising 40 varieties of the lanky trees, restricted the footprint of the new house. Architectural firm Merge decided to design the home around the existing trees by creating slot gardens to keep them intact.

Clad in weathered steel whose aesthetic closely matches that of the trees’ bark, the structure features floor-to-ceiling windows to optimise the unique view. Entryways on either side of the house give the homeowners easy access to the yard while a courtyard in the centre hosts a single Himalayan birch tree. Each room boasts its own garden, further blurring the separation of indoor and outdoor spaces to create a truly harmonious setup.

The brisk pace of London’s commuters has been translated into a fitting concept café in the financial hub of Canary Wharf. The new express café, designed by Starbucks’ in-house design team, is the first of its kind in Europe, taking its cue from counterparts in New York, Toronto and Chicago.

In the centre of the walk-around interior is a touchscreen menu to place orders, streamlined to provide a succinct list of coffees, espresso shots and popular food items such as breakfast sandwiches. The express store is aimed at on-the-go customers who know what they want with limited seating at the periphery and outside to keep the walkways clear. Customers are also able to place and pay for their orders ahead via a mobile system for easy pick-up. The express store is open seven days a week.

Plans are already in place for the 2022 Winter Olympics, among them a grand bridge design proposed by architecture studio Penda and engineering firm Arup. Comprising six overlapping rings composed from tubular stainless steel struts with a deck suspended from steel wire cables, the slender double-arched structures will span the Gui River to create a direct route between central Beijing and northwest Zhangjiakou, where several outdoor events will take place.

Referencing the five interlocking rings that make up the Olympic symbols, the design is meant to look like a trio of mountains, endowing it the name San Shan Bridge or Three Mountains Bridge. It also forms a prelude to the more mountainous landscape of Zhangjiakou.

girder frame. If approved, the project will form part of a wider infrastructure upgrade in the lead up to the 2022 Winter Olympics.