talking points: Design news from around the world 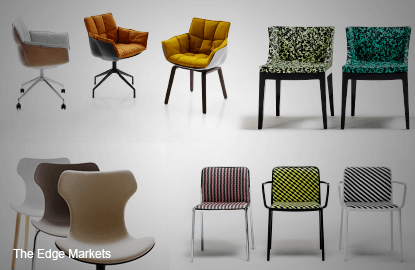 The recent Milan Talks 2015 held at the Space Furniture Asia Hub in Singapore introduced guests to products that were unveiled at the Salone Internazionale del Mobile (Milan Furniture Fair) held in April. Milan Talks also featured discussions on trends seen at the fair and product releases from leading brands such as Carl Hansen & Søn, Kartell and B&B Italia that were shown at the Milan event.

Kartell paid tribute to the late Ettore Sottsass at this year’s fair. The late Italian architect is well-known for founding the early 1980s Memphis collective and designing iconic products such as glass and ceramics. Named after a Bob Dylan song, the collective is known for infusing bright colours and kitsch retro motifs.

Kartell’s Ettore Sottsass collection consists of two stools, six vases and a lamp. The sculptural pieces were designed by Sottsass three years before his death in 2007 but they were not mass-produced due to the lack of technology back then.

The unique style of the Memphis collective has been enjoying a revival recently with bold graphics and loud patterns being a major theme at this and last year’s Milan Fair. Kartell’s range of chairs from designers such as Philippe Starck and Patricia Urquiola also got the special Memphis treatment with upholstered fabric from designers of the Memphis collective. With bright shades and zany patterns, the tribute to the Memphis group takes up all the 10 shopfront windows at Kartell’s flagship store.

At Space Furniture, Kartell unveiled the ultra-lightweight Piuma armchair by Piero Lissoni. The seat, made of charged polyamide fibre, is just a few millimetres thick and the whole chair weighs approximately 2kg. 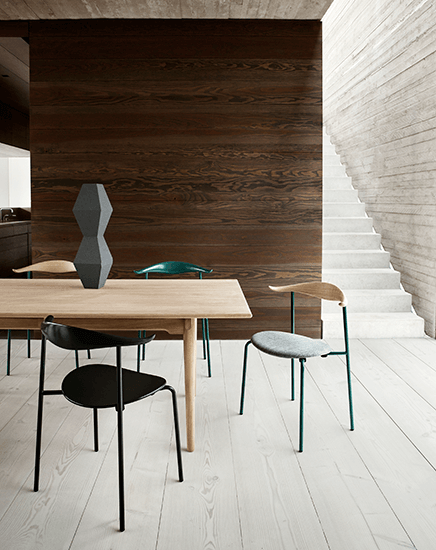 From Carl Hansen & Søn were the CH88 chair and CH417 tray table by Hans J Wegner, and the OW149 Colonial sofa and OW449 side table by Ole Wanscher.

The products were displayed in industrial-style, complete with packing material to highlight the fact that they had come straight from Milan. The CH88 chairs, for example, were unwrapped and displayed on pallets.

The chair, which was designed in 1955 and remained a prototype until last year, has received an update with a new range of colours. Wegner experiments with coloured frames, using his signature colour palette. The chair comes in two visual schemes — one is red brown, orange red and petrol green while the other is anthracite grey, night black, smoked chrome and natural white. 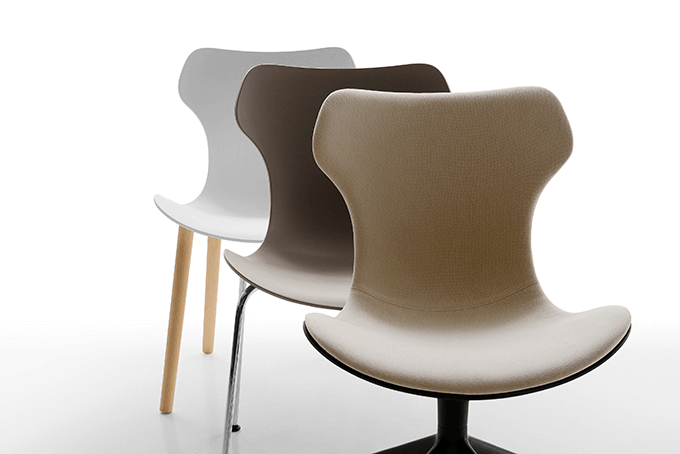 The reigning brand for cutting-edge Italian style, B&B Italia has expanded its range of popular Papilio and Husk chairs. Both chair designs now come in more compact variations and with new frames.

The Papilio, designed by Naoto Fukusawa, has added subtle details. The curved shell is designed to enhance comfort and versatility, making it suitable for both the home and office. The chair can be upholstered in a wide range of fabrics and leathers.

The updated Husk chair by Patricia Urquoila is available with a base in oak wood or a four-star base in aluminium. The armchair comprises a moulded plastic shell and soft cushions, and is unique in that it has a distinct shape while still appearing soft and rounded.

Designer of the Year 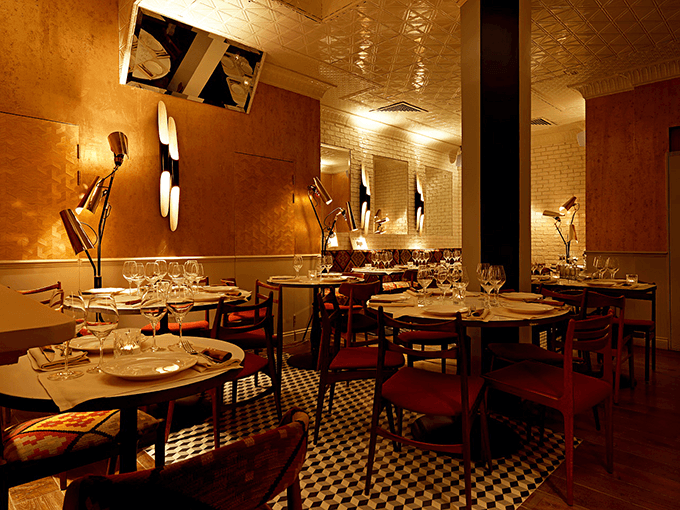 The 20th anniversary of the Maison&Objet Paris will celebrate the best-known names in interior design. At the September event, industrial designer Dorothée Meilichzon will receive the Designer of the Year award. Meilichzon trained at Strate College and the Rhode Island School of Design, where she studied toy design. At just 27, she set up her own design studio and landed her first project to create the interior of the Prescription Cocktail Club in Paris.

Meilichzon has since designed interiors for a variety of places in Paris, London, New York and Ibiza. She likes places with personality and favours a clean aesthetic over highly specialist décor. Her latest project was at the Grand Pigalle Hotel in Paris, which opened in March. Her other jobs included the Le Joyeux Bordel, a cocktail bar located in Shoreditch, London, that opened in late April, and the four-star Bachaumont Hotel in Paris. 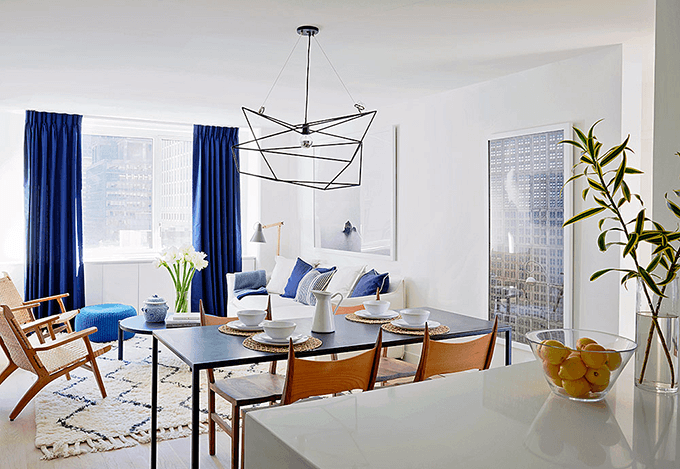 New York City-based interior design firm ASH NYC has teamed up with real estate and development firm HFZ Capital Group to design a series of model residences at the newly launched Fifty Third and Eighth, a 25-storey condominium building in Hell’s Kitchen. The model residence is an inventive approach to home design as it is tailored to suit a particular personality or lifestyle.

The residences come in three styles. The one-bedroom residence is aimed at the urban young woman, offering fresh white and neutral furniture complemented by unique design accents and art. The city bachelor would love the two-bedroom residence as it blends European and American styles and comes with architectural accents. The Hamptons-inspired three-bedroom home is perfect for a sophisticated family, as it has a nursery decked out with toys and a child’s room that has a chalk wall.

Situated on West 53rd Street, Fifty Third and Eighth is close to entertainment and cultural attractions as well as high-end department stores. The residences have panoramic views of the Hudson River and the famous Manhattan skyline. Price starts at US$975,000.

The MB&F M.A.D.Gallery in Geneva presents the special exhibition, X-RAY, featuring the work of British visual artist Nick Veasey. He creates images of everyday objects using X-ray at his workshop called the Radar Studio, a converted Cold War spying station that he bought from the military. Its location in the middle of a field in the Kent countryside is suitable because of the potentially lethal levels and emission times of X-rays. His X-ray equipment is much more powerful than those used in hospitals, going up to 200kV and emitting an X-ray for far longer — sometimes as long as 20 minutes. Veasey uses very slow film to produce a clear capture without graininess. He views his work as a fusion of art and science.

M.A.D.Gallery will feature eight of his images, featuring everyday objects such as film cameras, light bulbs and typewriters.