talking points: Design News From Around The World 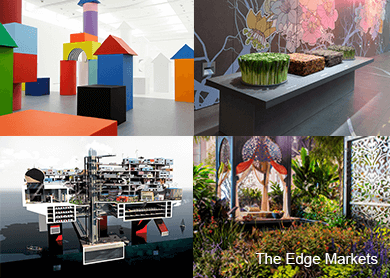 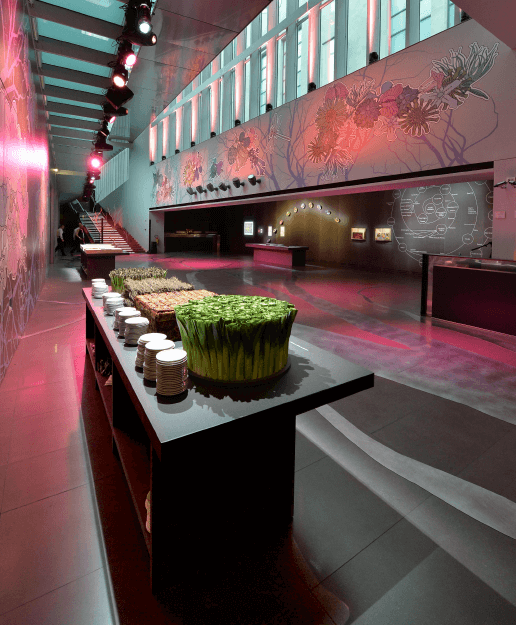 In conjunction with EXPO Milano 2015, menswear label Ermenegildo Zegna hosted at its Milan headquarters Fabulae Naturae, a new work by design duo Lucy + Jorge Orta. It was commissioned by ZegnArt, a platform created by Zegna Group to contribute to the development of contemporary visual arts through initiatives in partnership with artists, curators, schools and cultural institutions of international acclaim.

Fabulae Naturae is a performance that provides a multisensory experience as visual elements, musical performances and a food performance by chef Davide Oldani develop into a harmonious whole. The project provides an artistic reflection on food intended both as a source of energy and life and as an expression of taste and conviviality. It is set in a dimension dominated by the idea of nature, which refers to the value of environmental protection, a longstanding pillar of Zegna’s DNA.

The experience was anchored by a forest that evokes a natural paradise, visual emotions that are a result of the exploration of Zegna’s archives. Lucy Orta’s research into the vast collection of textile samples that have been acquired and reorganised by Zegna Group consists of over 2,200 volumes of floral fabrics and prints influenced by the botanical world, which inspired the creation of a series of monumental wall murals. 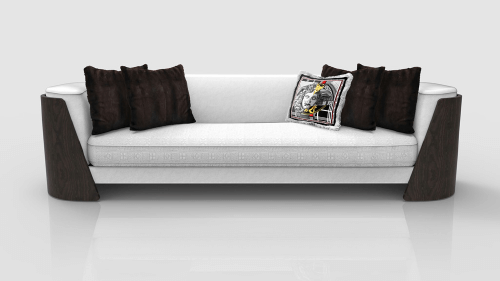 At the recently held Salone del Mobile 2015, Versace launched its seasonal collection for the home, which includes two new lines that celebrate the iconic images and design language of the Italian fashion maison.

La Coupe des Dieux takes its inspiration from the graphic lines of the famous Versace Greek key, creating a style that mixes the elegance of art nouveau with modernity. Although the key product in the new line is a circular-backed chair, the complete La Coupe des Dieux collection includes a range of furniture for the living and dining areas and bedrooms.

#GREEK too revolutionises the famous Versace Greek key but is more modern, innovating the pattern with optimistic emojis. Versace Home has used it to create the most elegant living and dining space. The new #GREEK sofa is sharp and refined, in grey cashmere quilted with the Greek key motif.

Also unveiled at the Salone del Mobile was an extension of the Via Gesù collection while a wide selection of fabrics, cushions, bed linen and duvets completes the Versace Home 2015 range. 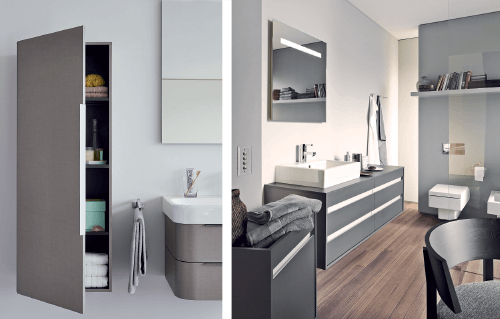 German bathroom fittings brand Duravit has released its colour scheme for the year, which is inspired by various shades of grey. While it may seem like a dull choice, this mysterious unknown in the colour palette actually teems with potential for its calming effect and versatile applications.

The ideal partner for the modern bathroom, the restrained character of grey fittings and fixtures exudes a certain elegance and charm. It comes to the fore most effectively when combined with more strident colours. Bathroom furniture fronts from the Ketho range in dark anthracite or the linen look of Happy D.2, for example, ideally set off the white ceramics. For often smaller guest bathrooms, the Oak Anthracite surface is the perfect complement. Choice accessories give a nuanced finish, making it possible to customise the bathroom for different styles and tastes. Grey days have never looked so cheerful. 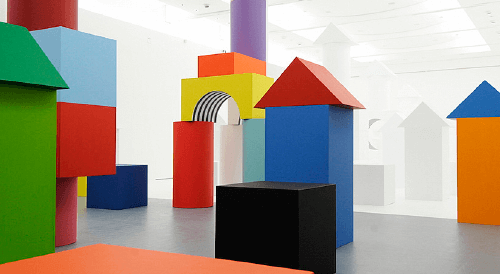 French artist Daniel Buren’s new exhibit at Naples’ Madre Contemporary Art Museum is an interactive playground for adults and children of all ages to not just touch the art but also play with it. Entitled Child’s Play, this unique series of installations aims to celebrate the relationship between the museum and its guests, the community.

Buren, known for his use of bold stripes in his installations, cooperated with French architect Patrick Bouchain in this project. As his inspiration, Buren used the ideas of Friedrich Wilhelm August Fröbel, the German pedagogue who created the concept of and word “kindergarten”. A large room on the museum’s first floor is now a colourful miniature city where guests, adults and children alike can walk and play and interact with the many shapes. Upon entering, visitors find themselves faced with a potential reality, which enables them to rebuild the world around them with a renewed sense of wonder and childlike amazement.

Local landscape architect Lim In Chong brought home the gold medal from the prestigious Philadelphia Flower Show for his tropical garden, inspired by and named after action fantasy film Prince of Persia. Lim beat several other entries at the show, all of whom had just nine days to construct their floral masterpieces.

Tropical yet with a slightly Moorish feel, The Persian garden includes a little doorway and crumbling stone columns festooned with epiphytes lead the way to a mogul pavilion that sits on the edge of a moat. A silver moon floats on the calm water. A small fountain splashes clean water onto a basin and creates a soothing tinkle. Exotic tropical plants complete this evocative dreamlike night scene. 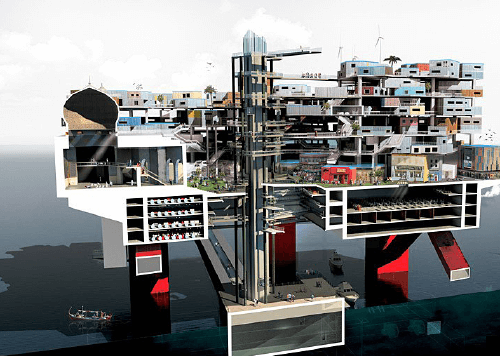 The Maldives is a small island nation located roughly 600km off the southwestern tip of India. The country’s near-equator locale, perfect sandy beaches and clear blue-green water make it sound like paradise; and it is, for now. The Maldives possesses another interesting trait — it has the lowest average ground elevation in the world, sitting a mere 1.5m above sea level. As oceans rise, the height increase would essentially render the Maldives and its people extinct. To address the inevitable relocation of the Maldivian people and culture, architect Mayank Thammalla created the Swim or Sink project.

The concept revolves around the repurposing of semi-submersible oil rigs for permanent human habitation. To give the refuges a sense of familiarity, Thammalla intensively studied the cultural history and lifestyles of residents of the Maldives, which provided a catalyst for the design. Living quarters were made to typical enclosure ratios with traditional coconut timber as the main construction material. On the main platform, Thammalla imagined a space identical to the city’s centre, which includes historical attributes like places of worship, along with more everyday necessities like markets and shops.