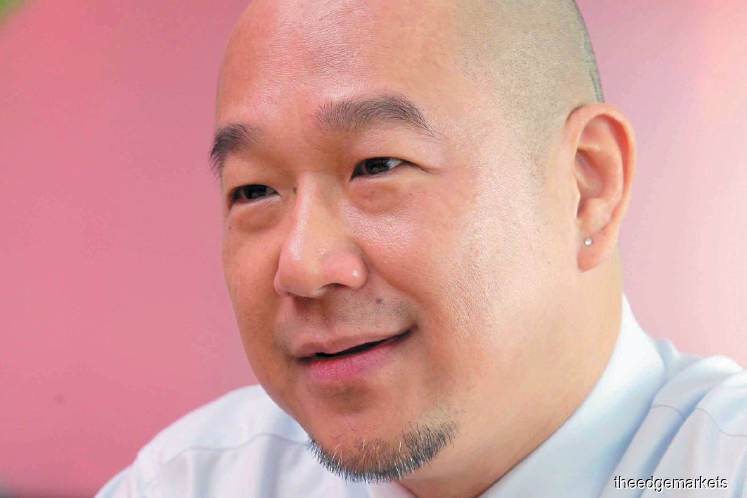 The truly responsible businesses that really care about their employees do engage career transition experts, consultants or coaches to help their employees through this process. > Yong

Many employers in Malaysia, both local and foreign, are being forced to retrench their staff for a variety of reasons, including technological disruptions and soft market conditions. In the past two years alone, more than 80,000 workers have been retrenched, according to the terminations reported to the human resources ministry. However, in reality, the figure may be much higher.

These days, it is not about whether you retrench, but how you go about doing it. Large corporations have learnt that the staff they retained remember those who were let go and how the company had done that.

Danny Yong is a transition coach. He is called in by companies to help employees with the painful and unsettling process. “The truly responsible businesses that really care about their employees do engage career transition experts, consultants or coaches to help their employees through this process,” he says.

First, there is the emotional impact. “About 70% of them are okay with taking the big package and going for a holiday after that. But there is a group who cannot believe that it happened to them. Even if the employers have a town hall meeting where they tell employees things are not going well and some jobs have to be cut, some employees go into denial about the possibility that this could include them,” says Yong.

Then there are those who have no savings because they are about to get married and have planned a nice, big ceremony. “These people will be really anxious and need help,” says Yong.

He points out that being retrenched is almost as traumatic as the death of a loved one. “They have to go through the grief cycle. The first stage is denial, so we help them through that.”

At this point, the best thing is to get them to take action. “If left on their own, they may just freeze and end up in a state of desperation and hopelessness because they have to go home and face their families, not knowing what to tell them,” says Yong.

He has found that the best approach is to remain objective and help them assess the situation. “We look at their savings and how long they can last on it. Then, we talk about the way forward — nailing it down and having a plan of action — so that they feel there is hope and there is something they can do.”

As a coach, Yong needs to find a way to connect with them so that they trust him enough to be a partner in helping them get out of the situation. “I am the expert. Why am I the expert? Because I have been let go twice before and it was tough for me both times. The first time, it took me six months to find a job. The second time, it took me more than a year,” he says.

When the candidates hear this, they know that he can relate to them on a personal level, so they trust him and start to talk. Interestingly, most of the candidates Yong coaches are men.

“They are the ones who take it the worst. So, once they establish that I am someone they can talk to, we get down to business and work on a plan straightaway,” he says.

Once they have worked out a plan, Yong makes them commit to a timeline. “First, let’s start working on your résumé. Or if you have one, let’s fix it up. Second, write out a list of friends and work contacts whom you may be able to ask for help because referrals are always the best,” he says.

The next step is to work out what they will say to their families. “We look at their financials and talk to their families about how things may be different, cutting down or tightening up, and start working out options if they do not get work within six months or by the time their savings run out. That is a dose of reality they have to face,” says Yong.

The first thing someone newly retrenched must do is face the situation with eyes wide open, he says. The second is, not to spend too much time grieving. “Really, the thing to do is keep moving — with the timeline, with the milestones … We keep in contact once a week or every two weeks just to keep them moving.”

The candidates are given homework and coached through the process. Yong says coaches also help by looking for job openings on various websites.

“The company I was with helps people to transition from A to Z. It has all sorts of tools for employees in different situations,” he adds.

Some people decide that they just want to go back and look after their grandchildren. Others may want to start their own business and the coach will guide them through this, says Yong.

He says most of the candidates he has dealt with found a job pretty quickly. “Half the time, I am quite surprised that the job came so quickly. When I went through it, it took me a long time, so I always prepare them for a really long haul. Then they come to me and say, ‘Danny, sudah dapat kerja!’”

Yong says companies have various approaches to transitions. “Obviously, the best way is to have a coach assigned to the candidates. Sometimes, when they know they are going to retrench a whole bunch of people, say, three months from now, they can organise training sessions for them on things like résumé writing, handling interviews and entrepreneurial skills.”

Why these skills in particular? “Many of them have worked in the company for 10 to 15 years. They have forgotten what it was like attending interviews. They should refresh their skills before going out there again,” says Yong.

Career transitions have become an industry in itself. “Now in Malaysia, we have plenty of coaches who can double as career transition coaches, although this is quite specialised. I am sure there will be more local companies that can do it a lower price than the multinationals or the international company I worked for before,” says Yong.

He adds that with the number of retrenchments in the country, more companies will have to look at how they handle career transitions. “There were high-profile retrenchments two years ago — Malaysia Airlines retrenched thousands of people and British American Tobacco closed its Petaling Jaya branch.”

Why are career-transition programmes not popular in Malaysia? “It is a matter of awareness. Most companies prefer to give their employees as big a payout as possible rather than pay for such services to help them through the transition. They think that by giving them a payout, their employees will be okay. Some will be, but 10% to 20% will not be okay,” says Yong.

In most cases, a town hall meeting to tell employees that half of them are going to lose their jobs does not cut it because people tend to think they are the exception. “Maybe it would be better for their direct supervisors to counsel them. Let them know what may be happening so they can start putting aside some money and calling their contacts to scout around for possible job openings,” says Yong.

The companies that hire career transition specialists are actually trying to do things right, he points out. “Be responsible. Your employees helped build your company, year in and year out. Be responsible to them and be transparent. And as best you can, prepare them for the eventuality.”