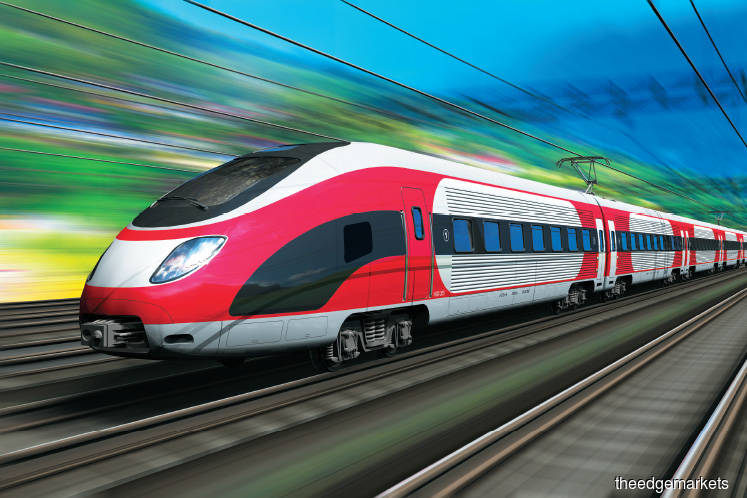 The Asian Rail Academy (ARA), which was launched in August, aims to revolutionise rail training in the country. It will not only address the shortage of such talent in Malaysia but also provide globally certified rail personnel for international markets.

ARA is the first authorised training partner of the UK National Training Academy for Rail (NTAR) and the first training provider in Asia to offer the rail safety certification programmes of Germany-based TÜV SÜD. The academy is also the pioneer training facility in Malaysia to use the Oculus Rift (a virtual reality headset) to enhance the learning experience.

Datuk Seri Richard Riot Anak Jaem said in a speech read out by Human Resources Development Fund (HRDF) CEO Datuk C M Vignaesvaran Jeyandran at the launch event that the government is expected to spend about RM160 billion by 2030 on developing rail infrastructure and new lines with the rapid growth in the local industry.

The industry will require an additional 51,300 workers to support current and upcoming projects by 2021. About 16,000 of these will be required for rolling stock and maintenance.

How did ARA end up being NTAR’s first overseas partner? NTAR head of business development Jennifer Walpole says, “Last September, we attended the Asean Skills Competition at Bukit Jalil and we met [ARA CEO] R A Thiagaraja. He tried out our Oculus Rift and asked if we could meet up. We had two or three meetings and looked at the possibility of licensing our product to Malaysia.”

This was not NTAR’s first meeting with someone from the international market who was interested in licensing its product. “Malaysia acted very quickly. It was fantastic how quickly all of this came together,” says Walpole.

Andy Rathbone, NTAR’s client operations manager, agrees. “The Malaysian government got involved very quickly and bought into the idea of going into virtual reality training. In December, we had a visit from Vignaesvaran and we started to talk contracts. The Technology Depository Agency came over in January and then, we agreed to move forward.”

All of this was done at hyperspeed when you consider that NTAR was only set up in September 2015. It is 50:50 owned by the UK government and Siemens.

“The UK government did a skills gap analysis and discovered that its rail industry would be short 8,900 people by 2020. Both the government and Siemens wanted to set up a rail academy. But rather than set up two separate ones, they decided to open NTAR together. So, 50% of what happens at NTAR is for Siemens [whose staff are trained there] while 50% is externally driven,” says Rathbone.

He says NTAR offers two programmes — one for newcomers to the industry and the other for experienced personnel who want to brush up on certain competencies. “For the new people coming in, we have a set programme where they learn the basics of the vehicles, then work in the depots to gain some experience. After some time, they will have enough experience to be deemed competent, which is one of the most crucial parts of being able to work on trains, and actually sign off on the work here in the UK.”

Once the students are base level competent, they can take more bespoke training. “When we first started, we took the course material from Siemens and said, ‘Right, we need to make this more interesting because we are trying to attract new people to the industry’,” says Rathbone.

That is because rail is commonly perceived as an industry of the past and it does not typically attract new blood. “The decision was made so that we could start doing interactive training using Oculus Rift, and we wouldn’t stop there. We are now looking at using augmented reality,” he says.

“The training has moved forward, even in two years, and we will never stand still. We always want to make it interesting for people to come into the industry.”

Walpole says when NTAR was set up, the small team tried to decide who could assist it in delivering virtual reality training. “It went out to tender and a company called Pauley — a next generation digital learning provider — won the bid. It is our virtual reality partner and its product is licensed to us.”

The training is based on gaming. “When you are trying to attract young people into the industry, what do they know? In this day and age, it is gaming. So, we deliberately went down that route because we want to keep them engaged and interested in what they are learning and doing,” she says.

Rathbone says, “The training is a mix of classroom teaching and virtual reality. Then, we go into workshops so they can deal with the equipment in the real world.”

What kind of programmes will the ARA be offering? Chief operating officer Maran Chandraraja replies, “We offer all the short courses, which take one to five days. We are also looking to collaborate with industry partners. We want to place students in our partners’ workshops and depots to deal with real trains after their classroom training. We are exploring this with companies such as KTM Bhd and Prasarana Malaysia Bhd.”

For the time being, ARA is offering only the certificate programme.

Maran points out that virtual reality is the best way to deliver the courses. “There is only so many people who can go to a workshop and touch the equipment, like working with the axle or bogie. These are metastructures and if you want to look at them from all angles, it is more difficult to do it physically. The use of virtual reality allows students to interact with the parts from a 3D perspective. You can enlarge them, you can use them, you can turn them...”

Walpole says, “It is generalised training. Every bogie has a brake system and an axle. So, the training is not specific to a manufacturer. It can be used by anybody working in any place.”

This is another reason ARA works with NTAR. “They are not specific to any one train manufacturer such as Siemens or Bombardier. So, we can go to the market and work with many operators and vendors,” says Maran.

Operators such as Prasarana and KTM have their own academies. “But we are trying to address the needs of the entire market,” he adds.

The difference between in-house training and what ARA is doing is that the academy is backed by a British awarding organisation that will accredit the training, says Walpole. “We can go into any market because globally, when you strip a train down to the fundamentals, there is not much difference,” she points out.

“I know each train looks different — you have high-speed trains, monorails and light rails — but they all have a chassis, bogie and configuration of brakes that are only going to vary slightly. This is what the training is on.”

ARA is located in Bangsar South. “We currently have two labs with virtual reality headsets, high-end laptops, gaming laptops suitable for virtual reality and the interactive smart board,” says Maran.

Walpole says the academy does not need a large space. “Nine times out of 10, what happens is we go to the companies’ depots to deliver the training. These depots have the traction and rolling stock for reference. The beauty of this type of technology is that it is portable.”

ARA is currently using trainers from the UK, but it will eventually identify people in the industry who can be sent to the UK for the train-the-trainer programme. “We will identify qualified people and send them to NTAR,” says Maran.

They will be people from the industry. “They could be from KTM or Prasarana, for instance, and we will send them over for the programme,” he adds.

NTAR will assess the suitability of the candidates, says Walpole. Not because it wants to interfere, but because it needs to ensure that the trainers are of a certain quality to maintain its “outstanding” rating from the Office of Qualifications and Examinations Regulation — the regulatory body for all training provided in the UK.

“Eventually, we want to make it local delivery, totally independent of what we are doing where we are. But that is going to take time. We are not saying, ‘There you go. Go off and do it yourself.’ We will help and assist where we can,” she says.

“One of the first steps is using our trainers but we will eventually train a team of people who have worked in the industry to become trainers to take over the courses. They will come to the UK to train and we will wean ARA off our trainers.”

Maran says, “We want to be the gateway for international rail certification because the projects are happening everywhere.”

This is basically why the programme has received HRDF support. “The HRDF is keen for the Malaysian workforce to have international certification. So, let’s say the Malaysian rail industry expands to other countries and our companies take on a project in Abu Dhabi, for example, or Manila or Bangkok. We have to send our workforce there and it would be better if their qualifications were globally recognised. That is what we aim to bring about,” says Maran.