A tale of two ousted bankers 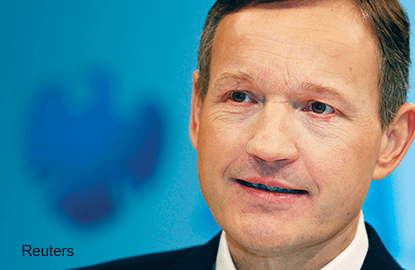 WHAT kind of chief executive officer (CEO) does a big modern bank need? Apparently not a traditionally hyper-competitive investment banker like Anshu Jain, who lost his co-CEO job at Deutsche Bank last month  — but evidently not a quiet retail banker like Antony Jenkins, Barclay’s freshly ousted chief, either.

Perhaps the reason it’s so hard to find a leader who can credibly run all the diverse parts of a big universal bank is that such institutions are doomed. Jain and Jenkins had opposite ideas about which businesses were core to the crisis-racked banking empires they inherited.

True to his high-octane Wall Street personal history, Jain concentrated on investment banking and scorned the retail part. In his April presentation on Deutsche’s strategy, there were four slides titled “Reshape Retail,” but two of them dealt with divesting Postbank, the omnipresent German main street lender that Deutsche acquired in 2010, and one of them focused on making Deutsche’s retail operation more like its investment banking one, turning it into “a leading advisory bank.”

Jenkins, who had only ever worked in retail and corporate banking, declared that the investment bank built up by his flamboyant predecessor Bob Diamond would be “a smaller part of the group going forward.”

In an interview last year, he said 85% of the assets he wanted to “exit or run off over time” were from the investment bank. The United Kingdom retail bank remained his favourite, and he took an obvious pleasure in its technological rearmament.

So the investment banking part of Barclays’ business struggled, providing 12% less net revenue in 2014 than it had in 2013, while the retail and corporate part showed the kind of placid growth this business is capable of, 1% in the same period.

Neither bank’s board was happy. Jain’s investment banking focus looked obsolete and dangerous as the bank paid one multibillion-dollar fine after another for all sorts of trading shenanigans. “Saint Antony” Jenkins’ love of commercial banking, for its part, appeared to hamper profit growth, and his management style seemed too timid when it came to cutting costs and too consensus-oriented for quick progress.

Both chief executives, however, could probably have survived in more specialised institutions.That was the Barclays of old, the bank that installed the world’s first cash machine and launched the UK’s first debit and credit cards.

Deutsche Bank’s former co-chief executive paid lip service to universal banking. Two years ago, Jain argued that universal banks were “uniquely placed to finance the economy.” He noted that they’re diversified, they provide essential liquidity to financial markets, and they provide a broad range of services that smaller companies would otherwise be forced to source from different banks. Jain told his audience of students:

Jenkins, in contrast, unequivocally declared last year that “the universal banking model is dead.” To him, it was a matter of technology: With more and more banking done over the Internet and with mobile devices, Jain’s picture no longer made sense.

The modern customer can easily maintain multiple accounts at banks without much physical infrastructure, investing savings with the likes of Lending Club, using an online-based institution like Germany’s Fidor Bank for business and personal debit card spending, making international transfers through TransferWise, and otherwise taking advantage of the way the tech industry is slicing and dicing the traditional banking business.

In this new world, universal banks have to remain competitive in every area, and that’s a superhuman task. There are probably executives out there who can handle it, but they’re so rare that the banking behemoths set up before the technological revolution are struggling to recruit them. The departures of Jain and Jenkins vividly illustrate the challenge. — Bloomberg View