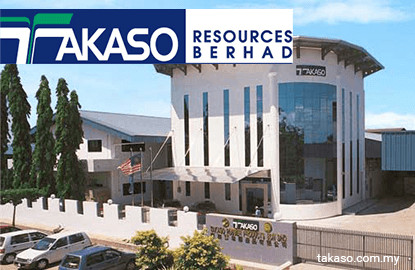 In a filing with Bursa Malaysia today, it was revealed that Tee had disposed of 24.1 million shares that he had held in Takaso through his interest in Nextplus Fortune Sdn Bhd on Aug 14 at 55 sen per share.

On the same date (Aug 14), Takaso had also announced that Tee, 50, had been redesignated from his role of executive chairman to executive director in the company. Yang Amat Mulia Tunku Azudinshah Ibni Tunku Annuar, 45, was then appointed as the independent and non-executive chairman of Takaso.

Subsequently on Aug 17, Tee disposed of 5.44 million of his shares held through Nextplus at 55 sen per share.

Takaso, a company in the rubber and baby products industry which recently ventured into the construction sector, had also recently announced its acquisition of a 37,264.66 sq ft piece of leasehold land in Taman Melaka Raya, Melaka, for RM9.32 million cash.

The group planned to turn the land into a mixed development with a gross development value of RM134.15 million.