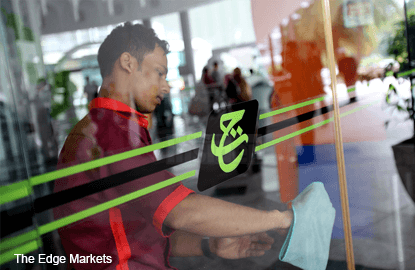 KUALA LUMPUR (Jan 26): Tabung Haji’s reserve levels are in the negative and it will not be able to pay its 8.8 million depositors any dividends this year if it does not take steps to resolve this, says Bank Negara Malaysia.

In a letter dated Dec 23, sighted by The Malaysian Insider, Bank Negara governor Tan Sri Zeti Akhtar Aziz told the pilgrims’ fund chairman Datuk Abdul Azeez Abdul Rahim that it has only 98 sen in assets for each ringgit in liability.

Section 22 of the Tabung Haji Act states that it cannot announce dividends and bonuses to its contributors if its assets are worth less than its obligations.

In a separate letter to Minister in the Prime Minister’s Department Datuk Seri Jamil Khir Baharom on the same date, also sighted by The Malaysian Insider, Zeti warned that Tabung Haji’s finances could have a financial impact on the government.

This was because Tabung Haji’s deposits were wholly guaranteed by the government, said Zeti.

She told Jamil that Tabung Haji’s role of aiding Muslims performing their haj might also be affected.

In her letter to Azeez, Zeti said Tabung Haji may have to liquidate its assets within a short time span to fulfil its obligations to depositors.

She said this would greatly reduce the value of its assets, and put the stability of the country’s financial and economic system at a higher risk through a “contagion effect”.

This was because it would affect other financial institutions and investors exposed to the assets, place liquidity pressure on banking institutions because of withdrawal of deposits by Tabung Haji, and have a negative effect on investor sentiments, Zeti said.

She blamed the depleting reserves on Tabung Haji’s practice of paying out higher dividends than it could afford since 2012.

“The dividend and bonus payout ratio which has, on average, exceeded its profits (on an average of 107% from 2012-2014) caused Tabung Haji’s already low reserves to decline further, to the extent that it is not able to manage the weak equity portfolio performance for 2015.

“This has caused Tabung Haji’s reserves to be in the negative,” said Zeti in the letter.

Another problem, she said, was that Tabung Haji’s deposits were highly concentrated among a small number of contributors – 5% of whom owned 75% of the total deposits.

This exposed the pilgrims’ fund to the risk of a mass withdrawal of deposits, should contributors lose faith in it, she said.

She proposed that Tabung Haji formulate a comprehensive reserve policy to be presented to Bank Negara by March 31.

She also suggested to Jamil Khir that he increase the number of members on Tabung Haji’s board, and that they have vast financial experience.

Jamil Khir could not be reached for comment and did not respond to a text message from The Malaysian Insider.

Azeez told The Malaysian Insider that he would have to check with his office tomorrow if the letter was genuine.

But he insisted that Tabung Haji would have no problems paying out dividends this year and that contributors should wait until March, latest, for its announcement.

Meanwhile, Tabung Haji’s corporate communications, in a statement released on its Facebook page yesterday, said it needed to ensure all its preliminary audit processes were complete, apart from obtaining an internal approval before, announcing dividends or bonuses.

“We would like to urge all Muslims in the country as well as TH depositors not to make any speculation with regard to the announcement date for the TH depositors’ bonus,” the statement which was reported by Bernama said.

The statement said TH would usually announce the bonus within the first quarter (January to March) of each year, adding that it had previously been announced even in late February and early March.

Tabung Haji, however, has yet to respond to The Malaysian Insider’s email requesting confirmation that the letters are genuine.

It paid 43 times the price the debt-ridden 1MDB had paid for the plot, which it bought from the federal government five years ago.

Following public backlash, Tabung Haji in May vowed to sell off the land at a profit, but until today, there has been no news of the sale.