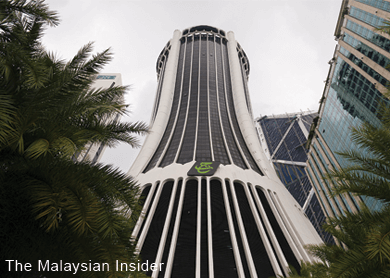 KUALA LUMPUR (Feb 4):  Parti Amanah Negara (Amanah) today said Lembaga Tabung Haji should reveal the source for its dividend and bonus for the year 2015, saying it should not be dipping into its reserves, following Bank Negara Malaysia's warning that they were in the red.

Amanah vice-president Datuk Dr Mujahid Yusof Rawa said Tabung Haji needed to convince Malaysians that the dividends were paid using the profit it earned, and not its reserves.

"The basic question is not answered. How can they pay bonuses, when they have been paying more in dividends than the profit they have earned?

"We want Tabung Haji to reveal (as to) how it paid out its dividends," he told The Malaysian Insider.

Mujahid was commenting on Tabung Haji's announcement today for the year 2015, that it was paying a 5% dividend to its depositors and a 3% haj bonus to contributors who had not yet performed the Muslim pilgrimage.

The dividends would total RM3.23 billion.

Mujahid said Tabung Haji had to convince depositors that it could afford to pay those dividends.

He said the pilgrims fund's penchant of paying dividends using its reserves since 2012, was not a wise move.

"Everyone is aware that from 2012 to 2014, they prolonged this practice. Even though it should not be permanent.

"If you do it once or twice, that's fine, but now it has become a trend," he said.

Mujahid proposed that Tabung Haji increase the subsidy rates for Muslims to perform their pilgrimage, instead of paying more dividends than it could afford to depositors.

"We must keep in mind what matters most. Tabung Haji's main responsibility to its eight million depositors is that most of them get to perform their pilgrimage.

"This means Tabung Haji must continue to subsidise the cost of pilgrimages using its profit. I understand that they only subsidise it by about RM150 million. Even though it earns billions in profit."

He said paying out more dividends than it could afford, would only cause its reserve levels to fall, and that it might end up having to liquidate its assets.

Bank Negara had warned Tabung Haji in a letter dated Dec 23, 2015 that its reserves were in the negative and it might not be able to pay dividends to its depositors this year, if it did not resolve this.

The central bank said Tabung Haji had only 98 sen in asset for every ringgit in liability.