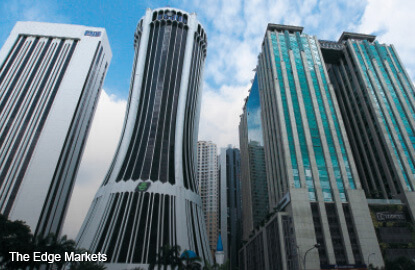 LEMBAGA Tabung Haji does not seem to have had much luck in investing in the oil and gas sector. The pilgrim fund is probably among the biggest victims of the beleaguered O&G outfit Perisai Petroleum Teknologi Bhd.

Bluntly put, Perisai is just one of Tabung Haji’s many failed investments in the sector, which is experiencing a severe downturn.

That day, Perisai’s share price traded between 8.5 sen and 10 sen, which means at the higher end, the pilgrim fund would have got a mere RM175,000 from the share sale.

Ironically, prior to the sale of the 1.75 million shares, Tabung Haji’s last transaction in Perisai shares was almost exactly a year ago — on Oct 7, 2015 — when it sold 600,000 shares. The pilgrim fund’s investment loss would not have been as bad if it had sold more shares then.

To recap, Tabung Haji surfaced as a substantial shareholder in Perisai on Dec 23, 2014, after it bought 1.2 million shares, bumping up its holding to 79.88 million shares or 6.7%.

In Perisai’s 2014 annual report, Tabung Haji was not listed among its top 30 shareholders as at April 30 that year, which means Tabung Haji had bought the bulk of the shares after that date.

It is also worth noting that Perisai was categorised a Practice Note 17 (PN17) company on Oct 12, which would make it harder for the pilgrim fund to sell its shares as not many investors buy into PN17 companies.

While announcements on shareholding changes in Alam Maritim Resources are not clear, Tabung Haji surfaced as a substantial shareholder with 5.03% in September 2008. There is no indication how Tabung Haji increased its stake — whether on the open market or through other means.

In September 2008, Alam Maritim had traded at an average of RM1.17, in stark contrast to its current level of less than 30 sen. So while it is difficult to ascertain the losses incurred by Tabung Haji, they are bound to be significant.

While Tabung Haji may claim that the fall in oil prices to below US$30 a barrel this year from more than US$100 a few years ago is what has adversely impacted these stocks, this is not the first time the pilgrim fund has been caught out.

It was not too long ago that it was left holding the baby — then Ramunia Holdings Bhd, now THHE — in an aborted corporate deal.

To recap, in early 2008, shipping giant MISC Bhd sought to inject its oil and gas unit, Malaysia Marine and Heavy Engineering Holdings Bhd, into fabricator Ramunia in a reverse takeover (RTO). But the proposal, valued at

RM3.2 billion, was called off after MISC announced that due diligence findings were “unsatisfactory”.

Tabung Haji had emerged as a substantial shareholder in Ramunia in November 2007, two months before the deal with MISC was announced, and aggressively accumulated shares for a good one year, until December 2008.

When MISC announced the RTO, THHE’s stock shot up, hitting a record high of RM1.91 in February 2008. But when MISC pulled out, Ramunia’s market capitalisation dropped 73% and its share price fell below 35 sen — even lower than its initial public offering price of 50 sen in 2005.

The biggest loser was Tabung Haji, stuck with almost 29.7% of Ramunia’s stock and showing a paper loss of RM175 million.

Though there was already market talk that the deal between MISC and Ramunia had turned sour, somehow Tabung Haji was not in the loop.

MISC had also postponed the completion of its due diligence three times before calling off the deal, which should have been an indication that not all was well with the plan to take over Ramunia.

Other counters in which Tabung Haji ended up with the short end of the stick are High-5 Conglomerate Bhd, previously known as Silver Bird Group Bhd, and MEMS Technology Bhd, both of which have since been delisted.

The pilgrim fund had surfaced as a substantial shareholder in Silver Bird in August 2007 when it acquired 21.6 million shares from London-based 3i Group plc. This nudged up its holding to about 32 million shares or 15.2%. When Tabung Haji had emerged with more than 5% in Silver Bird, the company’s share price was in the 30-sen band or thereabouts but with the increased buying, it skyrocketed to RM1.10 in late 2007.

To recap, much of Silver Bird’s woes had stemmed from an announcement in February 2012 of financial irregularities at the confectioner. Silver Bird managing director Datuk Jackson Tan Han Kook, executive director Ching Siew Cheong and a general manager handling accounts and finance were suspended to facilitate an internal enquiry.

In a knee-jerk reaction to the news that the financial irregularities were valued at about RM111.5 million, Silver Bird’s shares plunged more than 50%, wiping out in excess of

The average trading price of Silver Bird between end-July and end-September 2013 was 9.5 sen, which means Tabung Haji managed to get about RM8.57 million for its 23.34% block.

Having seen it all, is it too much for Tabung Haji’s members to ask the pilgrim fund to be more prudent in investing their hard-earned savings?