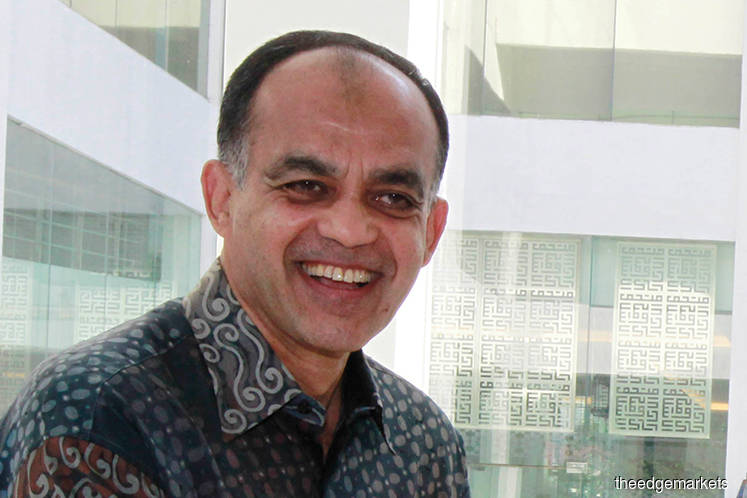 KUALA LUMPUR: Tycoon Tan Sri Syed Mokhtar Al-Bukhary appears to be putting in motion his succession plan at DRB-Hicom Bhd, with the appointment of his 24-year-old daughter Sharifah Sofia Syed Mokhtar Shah into the board of the diversified group effective today. Sharifah Sofia takes on the same role of non-independent and non-executive director at Pos Malaysia Bhd, whose holding company is DRB-Hicom.

She is currently a director of Lotus Advanced Technologies Sdn Bhd.

In a filing with Bursa Malaysia yesterday, DRB-Hicom said Sharifah Sofia joined Pos Malaysia as a special officer to the chief executive officer (CEO) from January to October last year. At the postal company, shadowing the group CEO, she completed a rotational placement within the organisation where she learnt the operations, and achieved a greater understanding of the postal and courier, logistics and aviation industries.

Prior to that, she was an external consultant to Bill & Melinda Gates Foundation from October 2015 to May 2016, where she produced an integrated index to measure women’s empowerment and submitted a list of realistic recommendation on empowering women in various age groups, it added.

Meanwhile, Datuk Mohammad Zainal Shaari has been appointed non-independent and non-executive chairman of both DRB-Hicom and Pos Malaysia.

Mohammad Zainal replaces Tan Sri Mohd Khamil Jamil who stepped down from the position at the two companies on April 1.

Mohammad Zainal, 54, is currently the group managing director of Tradewinds (M) Bhd, a position he has held since June 2014.

Prior to that, he was the executive director (ED) and chief operating officer of Khazanah Nasional Bhd between 2004 and 2013. In the same period, he served on various boards as a director on Khazanah’s stable of companies, inter alia, Proton Holdings Bhd (2004 to 2008) and Tenaga Nasional Bhd (2007 to 2014).

He was also formerly the ED of BinaFikir Sdn Bhd before joining Khazanah in October 2004.

Syed Mokhtar holds an indirect 55.92% stake in DRB-Hicom via his private vehicle Etika Strategi Sdn Bhd, in which he has a 90% equity interest. Mohd Khamil holds the remaining 10% of Etika.