Swiss urges public to stick to anti-virus measures over Easter 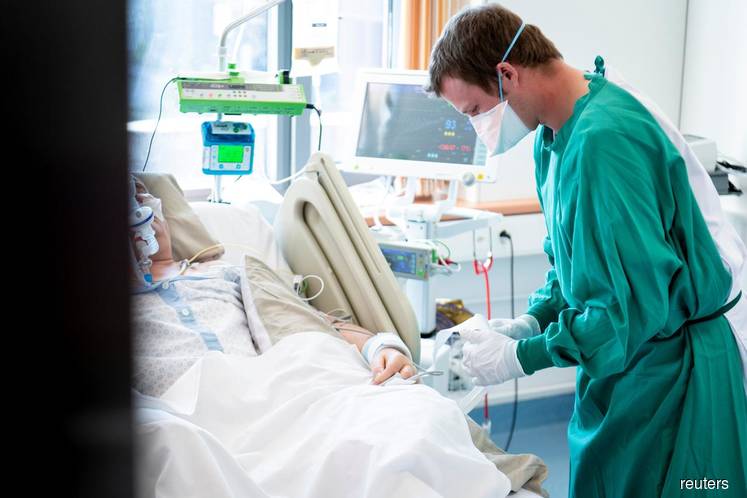 ZURICH/LAUSANNE (April 7): Switzerland's president called on the public to stick with emergency measures designed to halt the spread of the new coronavirus, saying on Tuesday that the country remains "very far from normal", ahead of the long Easter weekend.

Police are bulking up their presence at tourist hot spots and on the roads over the four-day holiday, officials said, urging people to stay home during what is normally a popular time for trips.

The appeal came as the Swiss death toll continued to rise and neighbouring Austria prepared to relax its own lockdown.

"It is not the moment to drop our guard," President Simonetta Sommaruga told journalists after visiting Lausanne University Hospital.

"We do not have a magic wand to bring back our lives from before, but we are already preparing for after the pandemic," she added.

The Swiss death toll from the new coronavirus rose to 641 from 584 people on Monday. The number of positive tests passed 22,000.

Sommaruga said it remained vital that people comply with the emergency measures, which include bans of gatherings of more than five people and shutdowns of schools and many businesses.

"It will be difficult, very difficult with the Easter holidays coming up. We are still very far from normal," she said.

The government was working on options to relax its restrictions, she added, without giving details. A decision on how to proceed is due by next week.

Daniel Koch from the public health agency said the emergency measures had proved their worth, and great care had to be exercised in how they were phased out.

"The challenge now is to hold out until the end, because we are halfway there at best," Koch told a news conference in Bern.

Driven by the shutdown, the Swiss unemployment rate jumped to 2.9% in March and was set to rise further.

The Swiss army has conducted its biggest mobilisation since the Second World War to aid the emergency services, although its deployment had not been without hitches.

The police called on people to postpone trips to the mountains or the hard-hit southern canton of Ticino on the Italian border so as not to burden the emergency services.

"The goal is not to punish but to be effective and to prevent the spread of the virus," said Stefan Blaettler, head of the association of regional police chiefs.

"Better days will come more quickly if we stick to the rules," he added.