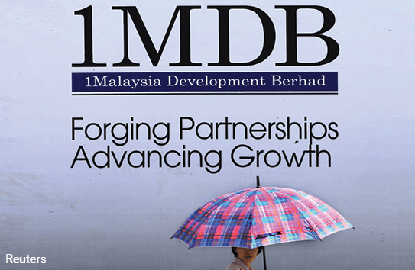 Both Swiss and Malaysian authorities are conducting inquiries concerning the fund, whose advisory board is chaired by Prime Minister Najib Razak. The fund has been dogged by controversy over its $11 billion debt and alleged financial mismanagement.

"The Office of the Attorney General of Switzerland (OAG) has frozen assets amounting to several tens of millions of U.S. dollars on Swiss bank accounts," an OAG spokeswoman said by email in response to an enquiry.

"At this early stage of the procedure, the OAG is analysing and consolidating evidence. The OAG is already in contact with the Malaysian authorities. International cooperation with foreign countries, in particular with Malaysia, will probably be necessary to establish the facts," she said.

In Malaysia, 1MDB noted the report and said in a statement: "As far as 1MDB is aware, none of the company's bank accounts have been frozen. 1MDB is in the process of developing a better understanding of the on-going investigations in Switzerland so the company can cooperate to its fullest extent."

Swiss financial regulator FINMA has also said it was checking with some Swiss banks on whether they have done business with 1MDB.

Malaysia's attorney general last month denied reports that a new task force would investigate 1MDB, saying the new body was just a "rebranding" of an existing team that focuses on crimes such as tax evasion and illegal fund flows.

The OAG last month opened criminal proceedings against two executives of 1MDB as well as against unknown persons on suspicion of corruption of foreign officials, misconduct in public office and money laundering.

"The proceedings are based on two notifications of suspicious transaction reports by the Swiss financial intelligence unit MROS," the OAG statement said.

FINMA declined comment on the status of its inquiries.