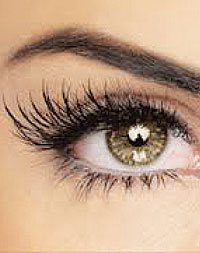 HAVE you ever wished for long, lustrous eyelashes without having to constantly apply mascara? For those who have not been genetically blessed with them, there is an easy do-it-yourself solution that this writer has tried and it is none other than castor oil. Also known here as minyak jarak, this popular oil is not only easily available, it is inexpensive as well.

Castor oil works like a charm when it comes to hair growth, particularly in eyelashes and eyebrows.

Bear in mind though that unlike olive oil — which is smooth and lighter — castor oil is thick in consistency and has a rather musty smell. If you can get past this, you’ll be able to see what I am raving about.

The method of applying is rather simple: after washing your face and hands, dip your fingertips in a few drops of the oil, and gently rub it on your eyelashes in an upward motion, making sure to coat each lash generously.

Alternatively, you can use an old, clean mascara wand instead of your fingers. After ensuring the wand is free of mascara, lightly dip it into the oil and apply it on your eyelashes the same way you would apply mascara.

If there’s any excess oil that drips to the side of your eyes, simply remove it with a cotton bud but leaving it there is safe too.

And yes, some of it might get into your eyes, and it’ll certainly be a messy affair, hence you should do it at night, right before you hop into bed.

Come morning, most of it should have been absorbed. Cleanse and/or moisturise as usual, and if you feel that your eye region is still slick from the oil, gently dab the area with an eye make-up remover till you are completely oil-free satisfied.

Follow this regime diligently for three to four weeks and your peepers will soon be complimented for those lashes you’ve always longed for.

Castor oil has the same effect coconut oil has on hair — speeding up the growth process, while adding thickness to it. This marvel oil is obtained by pressing the seeds of the castor oil plant — hence its name — which is rich in ricinoleic acid or omega-9 fatty acid. It is normally pale yellow to golden in colour and can be purchased at almost any grocery store.

For those of you who yearn for thicker eyebrows to go with your blinkers, castor oil works just as well.

Whilst applying this wonder oil to your eyelashes, massage some onto your brows as well. Similar to the effects it has on your lashes, come the end of four weeks, you’ll see sexier, fuller brows.

This is the view of the writer and does not represent the views of The Edge Financial Daily.