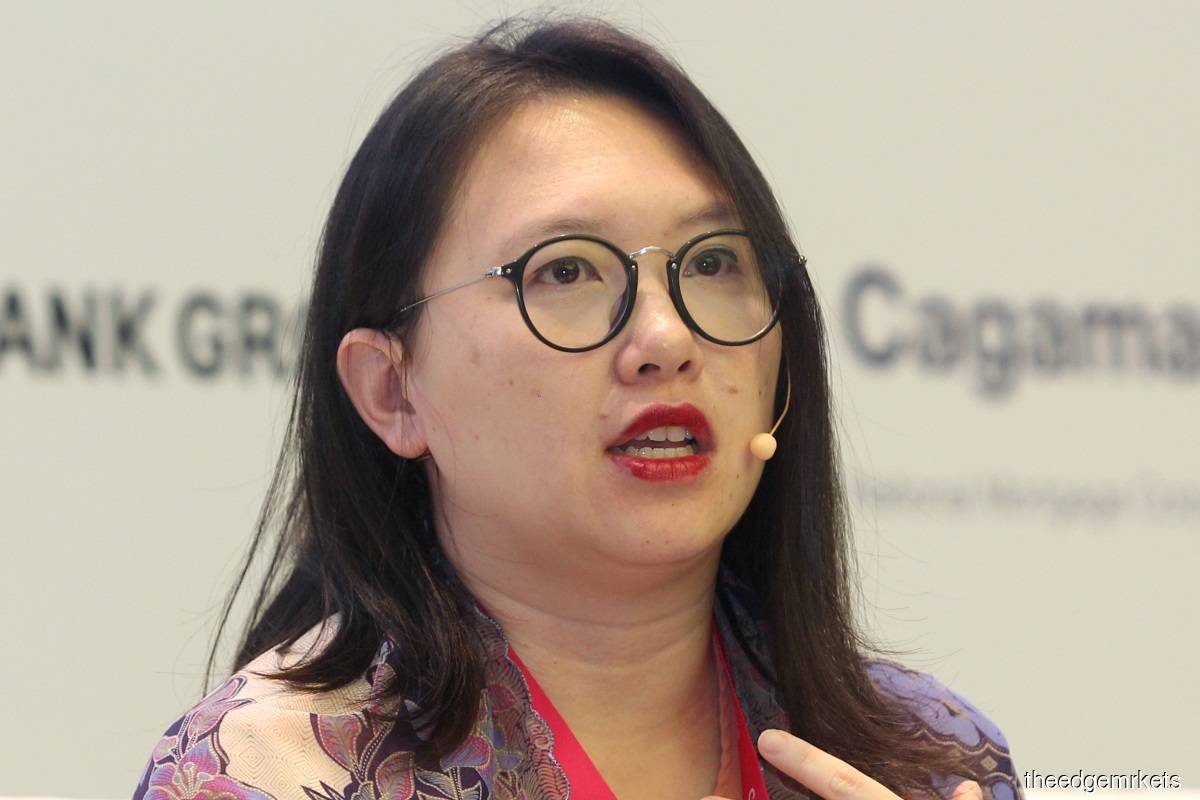 During her presentation of "Sustainable living in Klang Valley" at one of the City Expo Malaysia 2021 sessions on Thursday (Nov 11), she noted that living sustainably is complex and she highlighted four ways for the public to live sustainably in the Klang Valley — how we consume, where we work, how we move and how we live.

In the Klang Valley, people often consume in shopping malls. Shopping malls were very popular and a big product type for property developers and city builders during the pre-pandemic era because such malls were defined as spaces to consume. Koh stated that there was a huge shift from consumption in a physical space to consuming virtually.

"Even though we shop online, we still consume the space in warehouses, ports, and logistics and distribution centres. Thus, city planners now have to think about how people are consuming these spaces and how their consumption pattern changes on how they consume the space," she said.

Secondly on "where we work", there are a number of commercial spaces ballooning everywhere. In spite of a falling volume in occupancy and rent, Koh observes that the industry continues to plan and construct shopping centres and private purpose-built offices (PBOs).

"The supply of new spaces in an already crowded segment of the property market, in addition to being compounded by the impacts of Covid-19, would further delay the recovery of returns for these commercial spaces. This is where caution and conservative assumptions are important when modelling the future return of these assets," she said.

Despite the overhang and the number of empty spaces, Koh still sees more arcades, shopping centres, hypermarkets, private and public PBOs coming into the market, of which private PBOs contribute the highest number of spaces in the pipeline at 2.6 million sq m. "A lot of these properties are being built because of a long process of construction that cannot respond to something as quick as a pandemic. Everything was done virtually during the pandemic, so what is now the new way of consuming the physical spaces? Do we build more or build a new one and redevelop the old ones into something else?"

Back then, people thought about roads/highways as a way to connect them to economic or job opportunities. "However, in the culture of working from home, is the road or fibre cable the priority that gives you more opportunities and is more sustainable in the long run?"

The highway to work is now the fibre networks instead of the tolled expressway, Koh noted. "Homes that neither have terrestrial fibre or data coverage would not be able to play the dual functions of learn, work and live areas for the people living in them. To sustain a sustainable city for the future, the telecoms coverage is as important as the road networks."

Thirdly on "how we move", Koh opined that Malaysians are not very sustainable in how they move in the city, not just the cars, but people also move houses often. It is very rare that people will talk about living in the same house for the next 50 years. They usually move houses at an average of every 10 to 15 years.

"We mapped out the migration patterns of the Greater KL folks to understand the inertia of social networks in determining places of stay. It turns out that most Greater KL folks move within 11km of their current home and generally where they are most comfortable with, is almost similar to their previous neighbourhood. This means that a lot of times, people will move from one neighbourhood to another not because of the proximity, but the new neighbourhood that mirrors the lifestyle of their old neighbourhood," said Koh.

Koh reckoned that the electric vehicle revolution will also greatly change the cities beyond the emissions that it will or will not emit. In particular, the utility requirements to support this new way of moving would require new infrastructures and distribution of energy demands.

Lastly, on how we live, based on data provided by the National Property Information Centre, the overhang in Johor is a result of the construction boom of residential homes in the state between 2011 and 2015. "However, because of the nature of what constitutes as being overhang, whereby overhang units are left unsold nine months upon completion, overhang is a poor indicator of the market going forward. Nonetheless, a similar fate of over-construction is being spelt for properties in KL in the near future," said Koh.

"Generally, empty houses are very unsustainable because they require a lot of energy and material resources to be built. But now they are left empty and not creating the return to people as they need them not just monetarily. There is also an oversupply issue in some neighbourhoods in KL that could even double the number of families that require them. So, we have to expect that some of these communities would have half of the units be empty."

In addition, the loading of utilities, roads and the lack of soil management for ongoing construction properties may trigger an increase in sinkholes and flash flood occurrences. "This is where Urbanmetry has a database of the areas in East and West Malaysia that are susceptible to landslides and floods. By mapping the existing mortgages underwritten by the bank on the natural disaster maps, we will be able to determine the properties' landslide risks, flood risks and forest fire risks. With all this data, we would be able to compute a sustainability risk of the properties by locale for the bank's forward sales planning," explained Koh.

Founded in 2014, Urbanmetry is a property data company that harvests, cleans and analyses large amounts of city data, through artificial intelligence and proprietary algorithms to extract trends and patterns in the built environment. The data will be offered to public and private sectors, ultimately creating a more efficient and transparent property market, improving city planning, and shaping a sustainable urban environment.

In developed countries, the government will be able to provide open-source and clean data to the public, but Koh said that it is a big challenge for developing countries like Malaysia, Thailand, Vietnam, Indonesia and Cambodia as these countries do not have open-source public data. As such, the data is often fragmented and incomplete. "The data itself is there. The problem is putting it together in a system is pretty difficult. So 90% of our investment and time are focused on cleaning the data and it took us three years to collect data for our own database."