From surprising debuts to rising stars 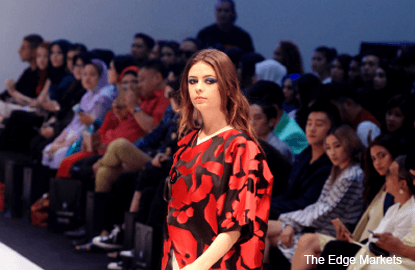 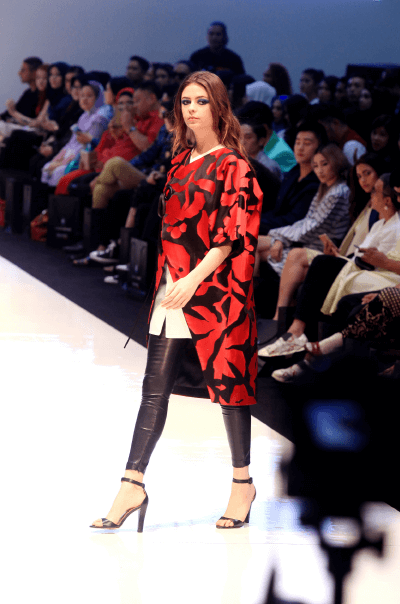 When it comes to appropriating cultural influence, designers Sean Loh and Sheila Agatha (formerly known as Ophelie) have once again shown they excel. After a breathtaking debut collection in 2014’s KLFW, inspired by the book Memoirs of a Yakuza’s Daughter that unexpectedly stole the spotlight, the Malaysian-Indonesian duo who met at Raffles Design Institute Singapore once again impressed with another Japanese-influenced collection that explores the spirit of the butoh dance form. The collection of embroidered jackets and coats, a signature of the duo, features the koi fish as its focus, among the other patterns.  Using mostly pure silk, the designers vary materials’ weightiness for different effects, creating an overall more masculine and gender-blurring collection. Appropriating oriental detailing and obi belts, Loh and Sheila nevertheless produce a contemporary visual, with strong lines and a clever use of eyelets as a modern nod to Japanese fastening styles. 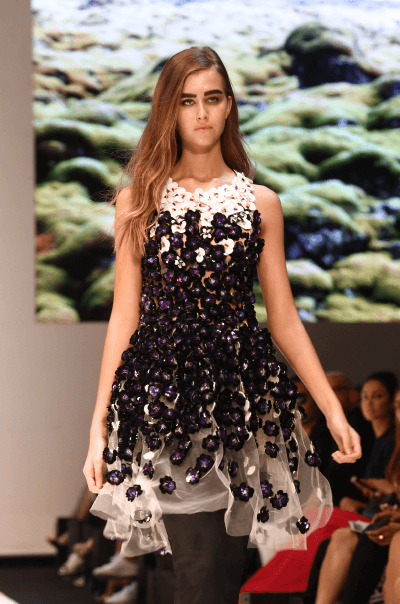 KLFW 2015 got an exclusive first peek of Jonathan Liang’s new spring/summer 2016 collection, inspired by his childhood love for the nineties grunge movement and memories of his grandmother’s garden. The Paris-based designer selected 16 out of 45 looks (the full collection will be showcased at Paris Fashion Week) that were meant to intensify his creative juxtaposition of delicate and chic edge. Beginning with a more restrained selection of monochrome pieces that draws focus on lines and cuts, a jacquard bralet and “unbuttoned” trousers with embossed cotton poppy flower signal the shift towards playful subversion.  It is a collection with much to look at with its play of prints and materials, an example being the textured blue and black print dress. Inspired by a classic silhouette, Liang adds a signature touch in the form of a super glossy glass-like organza pleated underskirt.  By the time the floral parka and metallic pink pleats make way for a beautiful flouncy dress with embroidered purple pansies, our senses are overloaded in the best way possible. 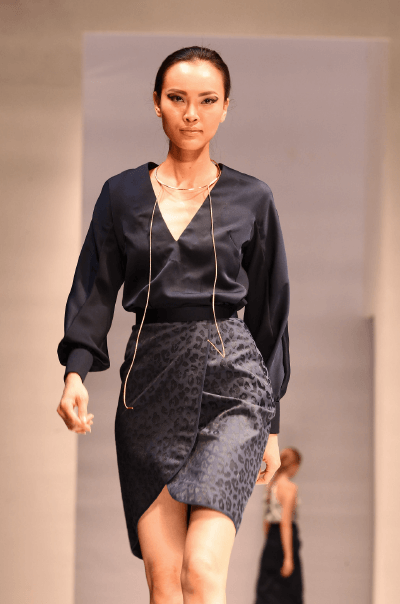 A mix-and-matchable collection that is definitive of urban chic …

Also paying homage to the nineties, Justin Yap’s collection contrasts his trademark femme fatale aesthetics with a touch of “power dressing”, in celebrating the empowered women. Drawing from the era’s more down-to-earth hues, such as grey, black and navy, Yap strikes a balance by experimenting with a loose, flowy silhouette that adds a touch of sensuality. The use of crepe material also softens some of the stronger elements, such as a striking black and white print and shiny leopard jacquard. Showing restrain with embellishments, the evening gown specialist strays from his usual tight-fitted gowns to present a refreshing straight cut black evening dress with a simplistic and linear beading. All in all, it is a collection one can picture off the runway, and stylishly dominating in the office or an evening out. 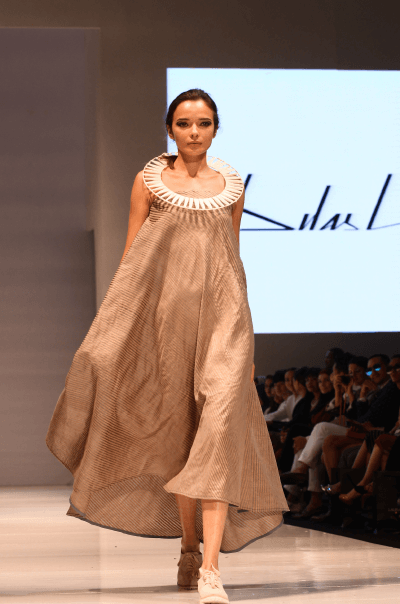 Minimalism decides to dress up a little …

It’s subtle as usual, but the “clinical” aesthetics of Silas Liew has loosened a little and this year’s collection is a little more fluid, a little more feminine that before. Liew’s Rick Owen-esque minimalism takes on a softer and more stylised evolvement with a focus on texture. The 14-piece collection even includes some glitter and gloss, though it retains an organic and naturalistic slant in beautiful hues of gold, sand, grey and black. The designer’s emphasis on tailoring and materials still shine through, inspired by his research into ethnic cultures of the world, particularly that of Central Asia and the Far East, the influence of which can be seen in the understated collection that lets its silks and organza do the talking. 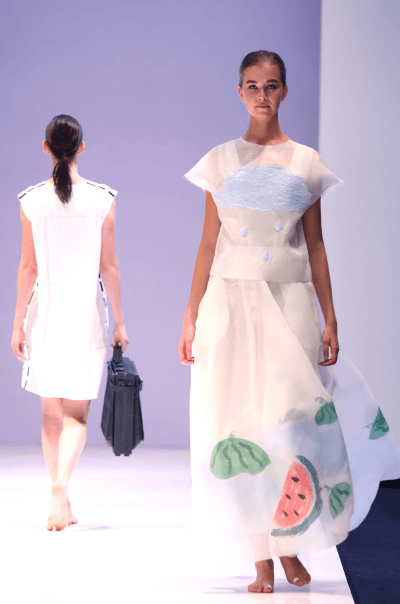 Is fashion art? For industrial designer turned fashion designer Man Chien, her clothes are her canvas. The 30-year old debuted at KLFW 2015 under her eponymous year-old label with a thought-provoking and visually stimulating collection of hand-painted and printed looks. The designer alludes to Plato’s Allegory of the Cave, creating a collection of contrasts — sweet and whimsical creations then bolder and darker ones — spurred by the political and social on-goings around her. A deliberate contrast is also made with no-holds-barred strokes using rubber and silicon paint on a white “canvas” of natural silk and cotton fabrics, giving the ready-to-wear collection a touch of Avant Garde right down to its unsewn hems. 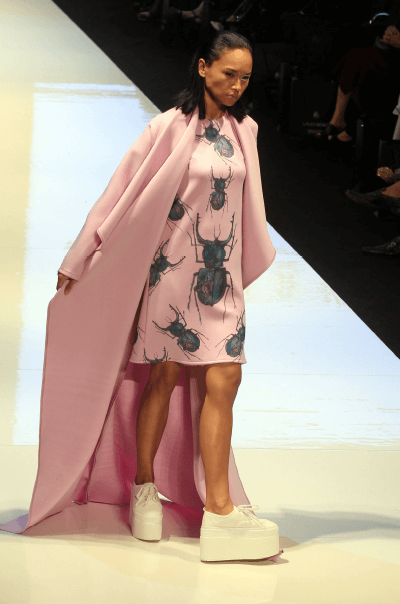 One of the brightest collections of the year, designer Hatta Dolmat celebrated the 10th year anniversary of his brand by presenting a vibrant, streetwear-inspired sporty collection with bright pastel hues. Oversized sweatshirts and jackets are paired with basic t-shirts and shorts in mono-shades of sorbet pastel green, pink, blue, lavender and white. The colours are balanced with a utilitarian style and clean-cut, minimal detailing that is nonetheless appealing. The highlight would be the beetle bug print, creating a stylish focal point.