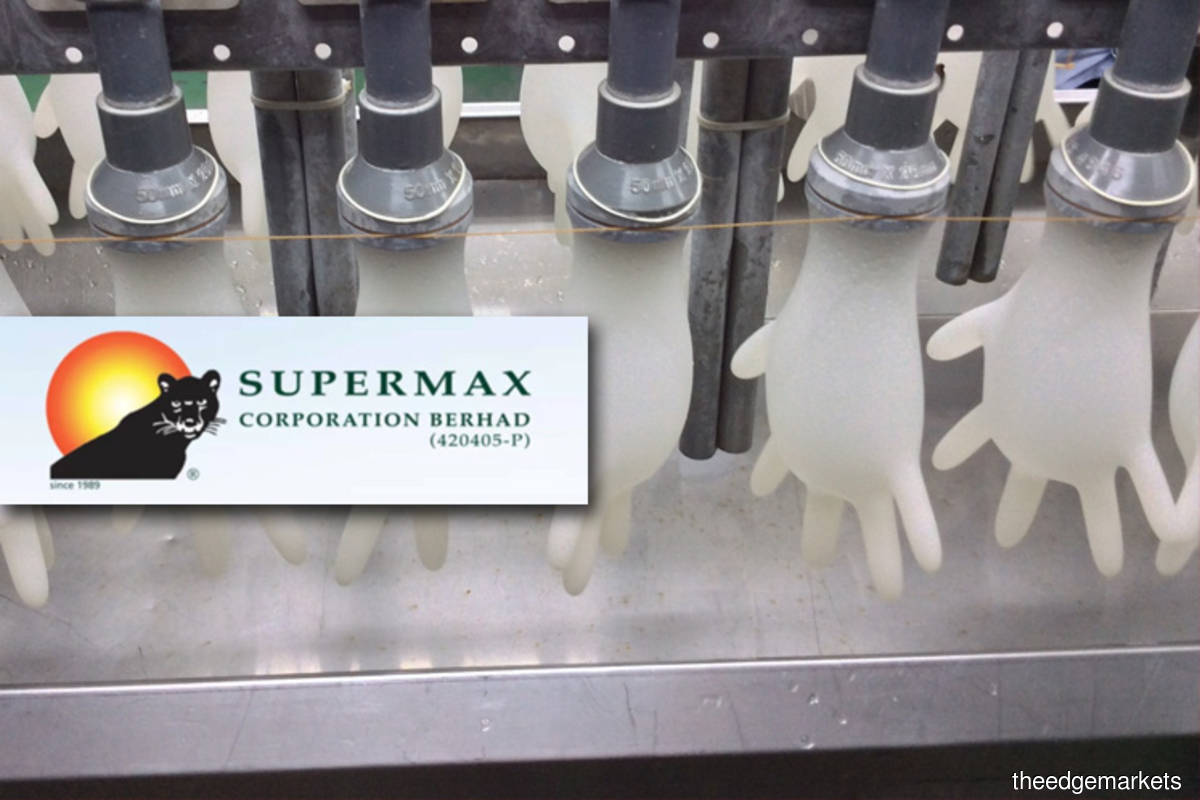 KUALA LUMPUR (May 7): Supermax Corp Bhd's dual listing on the Singapore Exchange (SGX) has been put on hold amid current circumstances.

MIDF Research said that at a recent post-results briefing, Supermax indicated that the idea of using its treasury shares for a secondary listing is not feasible at the moment.

"We think that the company could instead use the treasury shares to be paid out as dividends to shareholders.

"That said, we also anticipate a combination of cash dividends due to its healthy cash flow and strong cash pile of RM3.7 billion as of end-March," MIDF said in a note today.

It said the glove maker also noted that average selling prices (ASPs) had moderated by 15% to 25% from the peak.

Spot prices were also noticeably lower than some of the contract prices.

The softer pricing can be attributed to additional capacity in the market, which led to higher supply and softer nitrile rubber prices.

"The management gauged that ASPs in the next two quarters should remain strong even though they have come off the previous record," it said.

Supermax is also preparing itself to continue to thrive after the Covid-19 pandemic through further expansion of production capacity and market expansion.

It is planning for production capacity expansion of 22.2 billion pieces of gloves in the next two years from Plant 13 to Plant 17 locally.

In addition, the company is working closely with government agencies overseas to establish glove and face mask production facilities in countries it operates.

MIDF reiterated its “buy” recommendation on Supermax, with a target price (TP) of RM6.73.