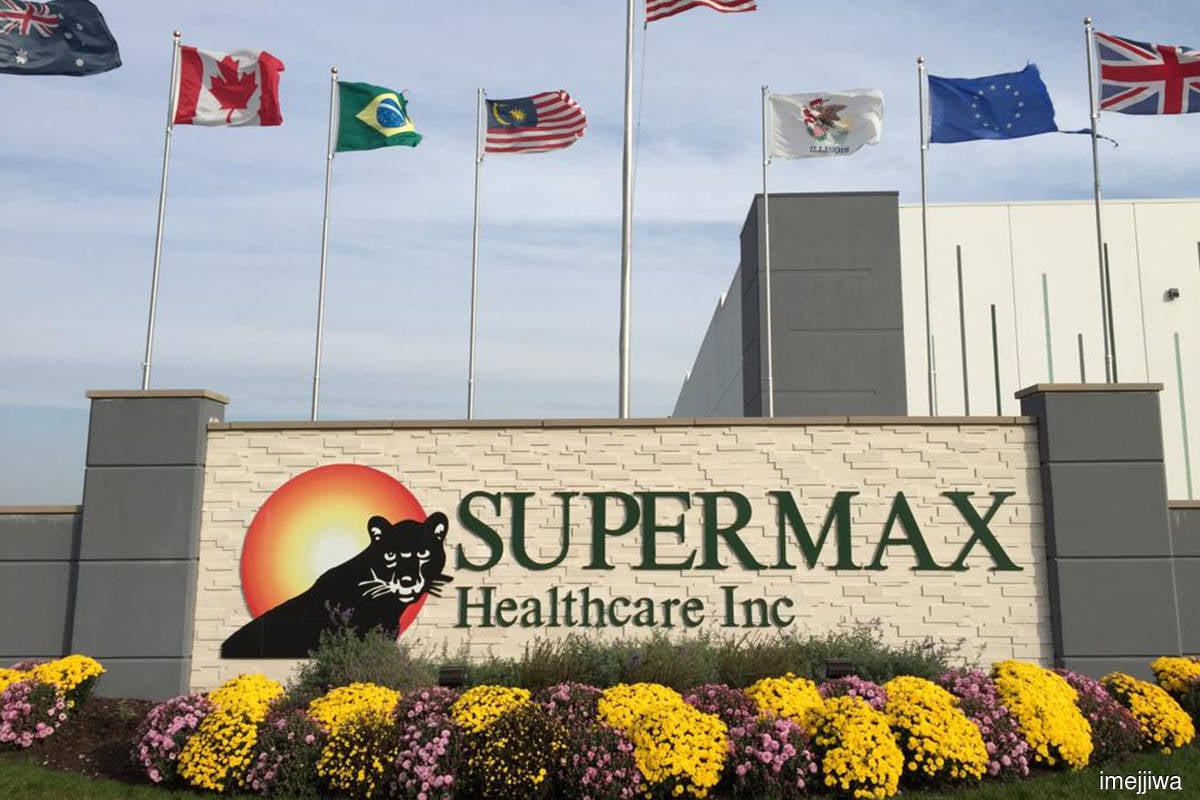 Supermax declared a special dividend of 15 sen per share for FY21, payable on Sept 30. This brings total dividends for the year to 31.8 sen per share. It did not declare any dividend in FY20.

In a bourse filing today, Supermax said it expects demand for gloves as a personal protective equipment to remain strong, as the world continues to fight the Covid-19 pandemic.

"Since the start of the pandemic, we have seen and continue to see the emergence of new consumers and new consumption not previously seen before prior to Covid-19," it said.

“Governments all over the world have increased healthcare spending budgets to contain the effects of the pandemic and in preparation of possible more waves. In light of this, we expect the demand to remain buoyant beyond 2021,” it added.

It noted that the Covid-19 vaccines are being rolled out in an increasing number of countries, which is widely expected to cause glove demand and consumption to moderate.

Still, the group believes that it will likely be gradual and not drop sharply due to the structural change in consumption, such as new consumption, new customers and greatly heightened healthcare and hygiene awareness.

"In view of the surge in demand, there are more new glove players jumping onto the bandwagon. In addition, the current players are increasing capacity on a large scale, especially from players who are public-listed companies based in China, Malaysia and in Thailand.

"As more new capacity is available in the market, the global glove prices have begun to decrease. The glove prices have since dropped substantially. Currently, the spot market prices are very much lower than the contracted prices," it said.

Supermax shares closed down six sen or 1.91% at RM3.08 today, bringing a market value of RM8.38 billion. The stock saw 8.03 million shares traded. Its share price has fallen 70% over the past year.