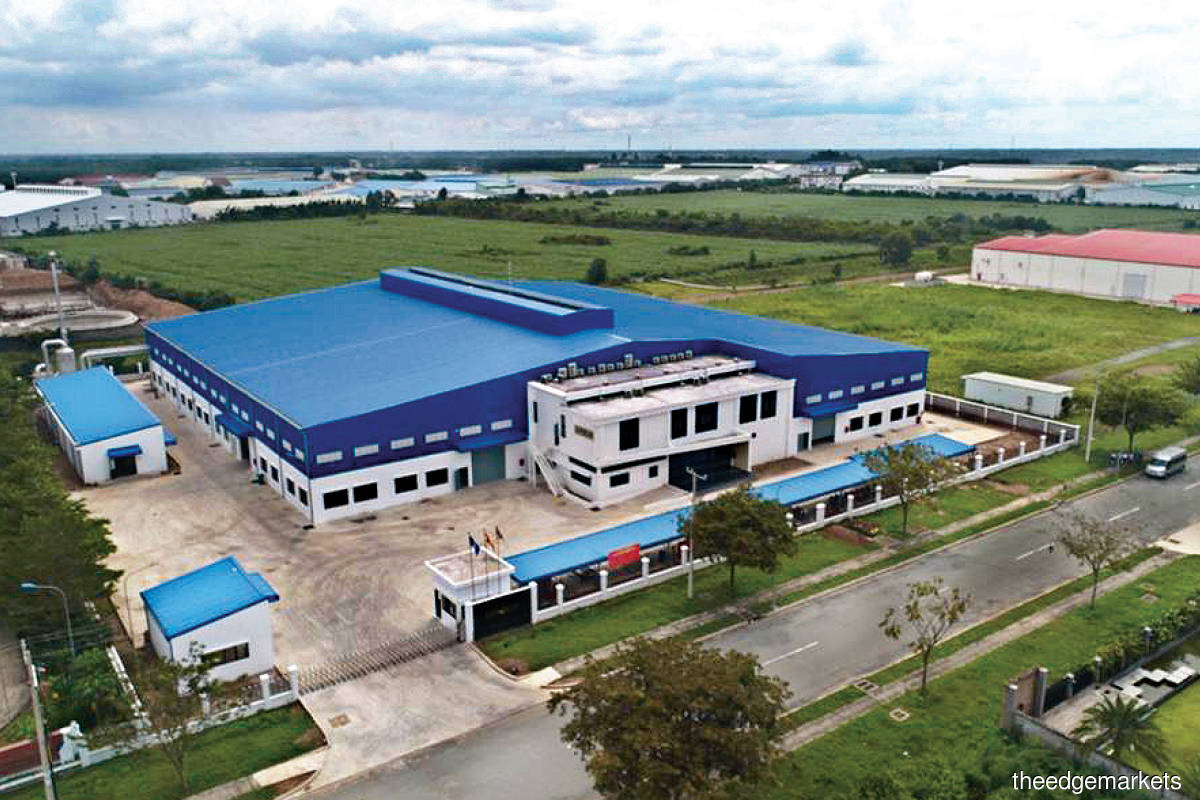 Superlon’s factory in Binh Duong province, Vietnam, had commenced operations in the second half of 2018. (Photo by Superlon)

AT a time when the Covid-19 pandemic has severely disrupted business operations globally and hurt virtually all industries, Superlon Holdings Bhd finds that its Vietnam venture has proven most timely.

Executive director Liu Han-Chao says the Klang-based thermal insulator manufacturer is able to implement a multi-location production strategy amid the outbreak as its factory in Binh Duong province had commenced operations in the second half of 2018.

“We are quite happy with our decision to go to Vietnam. Our plans are working out well. We are slowly filling up our factory capacity with new orders from our customers there,” he tells The Edge in a phone interview.

According to him, while many Malaysian factories had to suspend operations temporarily to comply with the various iterations of the Movement Control Order (MCO), there has not been much operational disruption in Vietnam as most factories were allowed to operate following the outbreak.

“Our multi-location production strategy is bearing fruit as we were able to continue production in our Vietnam factory when the MCO was imposed in Malaysia. Timing-wise, we were very fortunate. Things are looking pretty good there as our Vietnam subsidiary has been profitable over the past two years,” says the 39-year-old Australian. Currently, half of Superlon’s output in Vietnam is taken up by its Vietnamese customers, while the remainder is exported to other countries, mainly Australia, followed by the South American region.

“The demand from Australia remains very strong, as the country was not severely impacted by the pandemic. The Australian economy is good, and that is reflected in our sales in that market,” Liu says.

“As for South America, the problem for us is freight, because the farther our customers are, the higher the cost incurred. So, many South American customers of ours are still waiting for the freight cost to come down before they place orders.”

Liu highlights another advantage of being in Vietnam is that Superlon gets to enjoy tax incentives. In other words, its operations there could contribute quite significantly to the group’s bottom line.

Liu says Superlon is studying the market and looking at different options in considering whether to expand its Vietnam operations. “We are still trying to understand the Vietnam market better. It is a big market with a big population. But we need to look at other factors and come up with a marketing strategy before we expand. We don’t want to go too big and end up not being able to sell. But yes, we don’t discount the possibility of expanding,” he elaborates.

Its thermal insulation products are used as a vapour barrier to prevent condensation or frost formation in cooling systems, chilled water and refrigeration lines, as well as to reduce heat loss in hot water plumbing and heating and dual temperature piping.

Superlon exports its products to more than 70 countries, with sales contributing about 70% of group revenue.

“Overall, raw materials account for about 70% of our production cost. But the shipping cost is the one that hurts us the most, because we are an export-oriented company. We are talking about an increase of 100% to 600%, depending on country and destination. It’s just crazy,” Liu laments.

He is equally perplexed about the surge in the prices of raw materials, which have trended up again since the second half of last year.

“The rise in our cost of raw materials depends on the chemicals, ranging from single to double digits. Prices of raw materials are very volatile at the moment. The price range is quite wide because we are using about 25 chemicals,” he explains.

Even though Superlon sources its raw materials from Europe and Asia and has two to three suppliers for each chemical to ensure a well-diversified supplier base, the magnitude of the price increases was very painful for it to bear.

“It just seems like the prices of everything being produced by anyone are going up nowadays,” Liu observes.

He adds that the cost of raw materials was stable for about two years, before shooting up again in July last year for no apparent reason. Given that global demand has yet to fully recover, he cannot understand the justification for such an increase.

“I am not entirely sure why our suppliers are increasing their prices, but I suspect it could be due to their lower production output. But then again, it’s really hard to read the situation now. I don’t think global demand has recovered to the pre-pandemic level, so I don’t see why prices have to be significantly higher than before,” he says.

As a result of higher raw material prices, Superlon has little option but to gradually increase prices of its products by 5% to 10%.

“It was not an easy decision for us to make, because we understand that a lot of our customers are still dealing with the Covid-19 situation. In fact, it’s not an easy time for ­anyone to increase prices, because everyone is impacted by the coronavirus and the escalated shipping fees. It’s really a double whammy for many businesses, including ours.

“India has been a big export market for us, but obviously, the country has been hard hit by the pandemic. There has been a big drop in orders from our Indian customers, given what is happening in their country. The only blessing in disguise is that India is considered a low-end market for us, so when we sell less to them, our average selling price could actually increase,” he notes.

Closer to home, domestic demand has gone up over the last few months, because of work-from-home changes brought about by the pandemic.

While the demand for air conditioning is fairly stable in Malaysia, he acknowledges that many countries that Superlon serves have their own problems.

“For instance, if the construction sector is not moving, we will be affected too because our customers won’t need a high amount of our thermal insulation products. But the fortunate thing for us is that despite all the movement restrictions since March last year, most industrial players in Malaysia have been allowed to operate, so our local sales were quite stable.”

He observes that the pandemic is making everyone’s life difficult and that businesses are adapting to the situation.

“We see lower orders from some countries, but this was offset by higher orders from certain countries. Going forward, for FY2022, I think we would be quite happy if we could at least maintain our profitability in the region of RM13 million. Of course, we hope to surpass this level and make a little bit more than that. But in the short term, I think RM13 million would be our benchmark,” he says.

Superlon was co-founded by Liu’s mother, Jessica Lee Hsiu-Lin, a Taiwanese Australian. She is the group’s managing director and CEO and has more than 37 years’ experience in the rubber thermal insulation industry.

The mother-and-son team are the biggest shareholders, owning a collective 31.59% stake in the company.

Over the past 12 months, shares of Superlon have gained 28% to close at 89 sen last Thursday, which translates into a market capitalisation of RM140.47 million. The counter is currently trading at a historical price-earnings ratio of 10.66 times.

Liu opines that given the current weak market sentiment, investors are not particularly keen to look at individual companies such as Superlon. However, considering the group’s recent earnings performance, he believes this is not a bad time for investors to take a second look at the counter.

“Like it or not, we may not be the most exciting stock at the moment, but we reported a net profit of RM13 million — our best result over the past four years — so we hope we could get some attention from investors.”