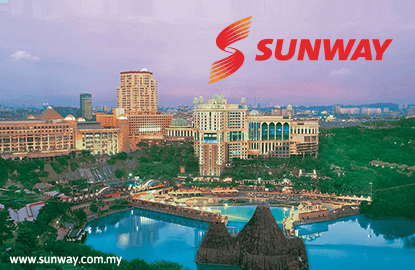 KUALA LUMPUR (Sept 6): Sunway Developments Pte Ltd, a unit of Sunway Bhd, along with its joint venture partners have won a tender to acquire a 99-year leasehold land at Anchorvale Lane in Sengkang, Singapore from the Housing and Development Board of Singapore for S$240.95 million (RM724.14 million).

According to its filing on Bursa Malaysia today, the land will be acquired by a proposed new joint venture company (JV Co) to be known as Hoi Hup Sunway Sengkang Pte Ltd at the tender price.

The JV Co, according to Sunway, will build and sell executive condominiums on the land, but did not reveal details of the project.

"The completion period of the proposed project shall be 48 months or earlier, commencing from Sept 5," it said.

The contract is expected to contribute positively to its earnings from the financial year ending Dec 31, 2018 onwards.

Sunway Development's cost of investment in the joint venture is S$72.28 million (about RM218 million).

Hoi Hup is incorporated in Singapore with principal activity of real estate development.

Oriental Worldwide is a company incorporated in British Virgin Islands and is an investment holding company.

Azuki is a company incorporated in Singapore with principal activity of property investment.