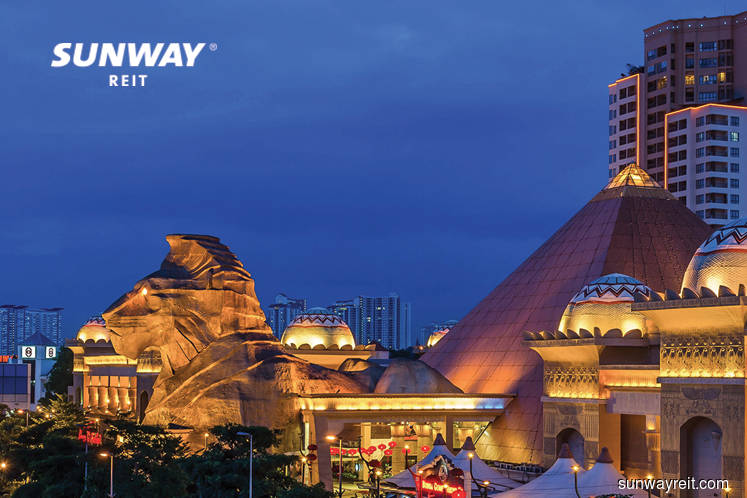 SUBANG JAYA (April 8): Sunway Real Estate Investment Trust (REIT) has received the green light from its shareholders for its proposal to acquire three tracts of land which house Sunway College and Sunway University for RM550 million.

At an extraordinary general meeting (EGM) lasting an hour and a half, the proposed acquisition, which is expected to improve the trust’s earnings and dividend per unit, received 99.995% approval.

Upon completion of the acquisition, the REIT’s portfolio size will increase from about RM7.3 billion as at June 30, 2018, to RM7.8 billion.

Notably, the acquisition will be funded by Sunway REIT’s existing debt programmes which include a 35-year RM10 billion unrated bond programme and a seven-year RM3 billion commercial paper  programme, which had a combined amount available for use of approximately RM300 million as at end of February.

A portion of the funding will be from its future financing facilities, including a RM10 billion perpetual note (perps) programme which has drawn some contrasting opinions from research houses.

The first issuance of the perps programme is expected to be sometime in the second quarter of this year.

Asia Analytica Sdn Bhd recently wrote that the issuance is an avenue for Sunway REIT to circumvent its gearing limit, adding it would make Sunway REIT increasingly vulnerable to any shortfall in property yields.

The research house said Sunway REIT has only RM400 million to RM500 million debt headroom before hitting the loan covenant limit of 45% gearing, which puts a constraint on acquisitions that are financed through traditional borrowings.

While it is recognised as equity in financial statements, Asia Analytica said perps have all the characteristics of debt, such as coupons at fixed rate that are payable semi-annually or annually, except that it does not have a maturity.

“Mounting debt/perps servicing would make the trust increasingly vulnerable to any shortfall in property yields. All the risks are being borne by unitholders, who have little recourse since there is no breach in gearing limits,” the research house said.

On the other hand, Hong Leong Investment Bank Research (HLIB) said the issuance is more good than bad, as the perps will only be issued for acquiring yield accretive assets, which is in line with shareholders interest, while providing financing flexibility to Sunway REIT.

"From our understanding, perpetual notes are considered equity by the Securities Commission. Given such, by issuing perpetual notes, Sunway REIT will not need to raise more equity or share placement to fund future acquisitions, as there will be more debt headroom made available with the increase in equity," HLIB said.

It added that the proposed issuance will prevent the need for the trust to increase its gearing level, which stands at 38.5% in the second quarter of 2019, nearing its gearing limit.