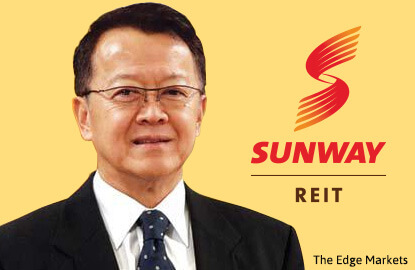 Cheah, 71, who is founder and executive chairman of Sunway Group, was appointed to the board of directors of Sunway REIT Management on March 24, 2010.

"The change from a non-independent chairman to an independent chairman is in line with the REIT manager’s endeavour to continuously enhance its corporate governance best practices, which are consistent with the principles and recommendations of the Malaysian Corporate Governance Code 2012," said Sunway REIT Management.

"The composition of the board is optimal in capacity and well-equipped, with diverse expertise and experience," it added.

Sunway REIT Management said Cheah will also retire from the company's remuneration and nomination committees as of tomorrow. Sarena Cheah Yean Tih will replace Cheah as a member of the two committees, effective Oct 1.

“I believe in giving to society and nurturing new generations of leaders. It is my wish to contribute to Malaysia by dedicating my time, through greater involvement in the areas of philanthropy, education and sustainability,” he added.