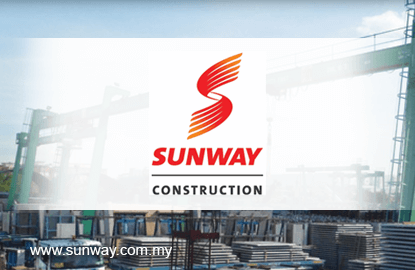 KUALA LUMPUR (Sept 14): Shares of Sunway Construction Group Bhd (SCG) rose 3.57% in early this morning after the company said its subsidiary Sunway Construction Sdn Bhd had accepted an award worth RM1.61 billion for works relating to the construction of 10 government office buildings in Putrajaya.

According to its filing, the contract entails the proposed design, construction and completion of the office buildings, together with one block of shared facilities.

Works on the project will be for 34 months, commencing on Sept 18.

It said the project is expected to contribute positively to the earnings of SCG from the financial year ending Dec 31, 2015 (FY15) onwards.

With this contract, its total outstanding order book stands at RM4.3 billion.

BIMB Securities Research has maintained its “buy” rating on SCG at RM1.12 with a higher target price of RM1.52 (from RM1.43) after SCG had secured a project from Putrajaya Holdings SB for the construction of government office buildings at Pusat Pentadbiran Kerajaan Persekutuan, Putrajaya worth about RM1.6 billion.

In a note today, the research house said it was pleasantly surprised with the amount as it did not expect it to come in as a single package.

“Inclusive this contract, SCG has successfully secured a total of RM2.2 billion worth of projects, exceeded ours and management's expectation of RM1.5 billion and RM2 billion respectively.