Sungai Buloh: One with nature in Hampton Residences 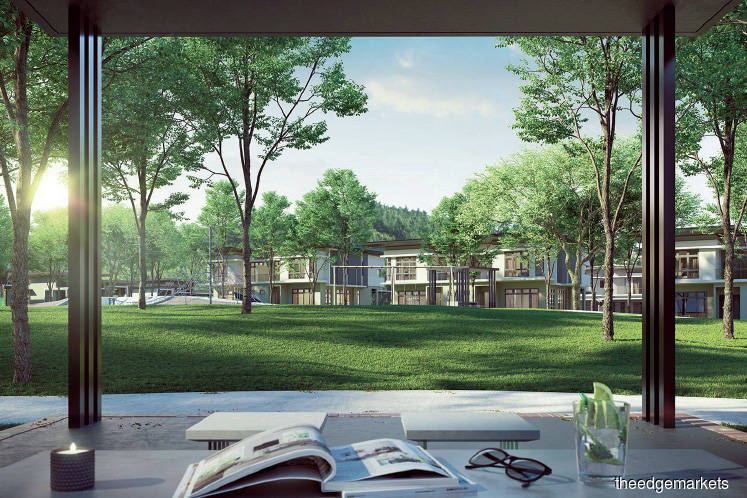 artist’s impression of the Garden Pavilion

Sungai Buloh has been consistently in the news in the past few years, thanks to the MRT (mass rapid transit) Sungai Buloh-Kajang (SBK) line and the upcoming Sungai Buloh-Serdang-Putrajaya (SSP) line. In fact, Sungai Buloh has emerged as one of the fastest-growing areas in the Klang Valley in recent years.

The impact of the completed SBK line can be seen in the values of properties in the area. As Sungai Buloh has modernised over the years, more property types, such as gated residences, have entered the market to cater for the growing demand. The accessibility and variety of amenities in the area are major selling points for buyers and investors.

With the SPP line scheduled to be completed 2021, demand and property values in Sungai Buloh are expected to rise even further.

One of the most prominent developments in Sungai Buloh is the 1,001-acre Bandar Seri Coalfields KLK Land Sdn Bhd. Launched in 2011, it is an integrated township with a total gross development value of RM5.6 billion. The township offers commercial properties, and residences that range from bungalows to terraced houses, and has completed about 1,600 houses.

Located away from the busy Kuala Lumpur city centre, Bandar Seri Coalfields has attracted families and working executives with its affordable landed homes.

One of the township’s latest offerings is North Haven Coalfields, which will have premium hilltop homes and bungalows as well as semi-detached houses, superlink houses, terraced houses and shopoffices.

KLK Land is ready to unveil its next project in North Haven Coalfields — Hampton Residences.

Hampton Residences is a hilltop guarded development with spacious home designs that accentuate living with nature. It allows large families to live comfortably together under one roof.

According to the developer, Hampton Residences will feature a modern design and a practical layout that are ideal for families, and it is the only development in the northern side of the Klang Valley with 1-storey bungalows. Each unit will have a solar water heater and a home alarm system, as well as bedrooms with attached bathrooms. Hampton Residences will also have a two-acre park.

The development is targeted at high and middle-class upgraders, professionals, empty nesters and families with young children.

Bandar Seri Coalfields boasts a 50-acre central park with jogging trails, a 5m play deck and a football pitch for the community to enjoy. The clubhouse, which opened in May, has swimming and wading pools, tennis, basketball and badminton courts, a gym, a yoga/dance room and a café. It also has function rooms for residents to host private events.

In line with Bandar Seri Coalfields’ family-centric vision, the Wesley Methodist Private School was opened in January this year. The school will provide a national syllabus for pre-school and dual language primary education.