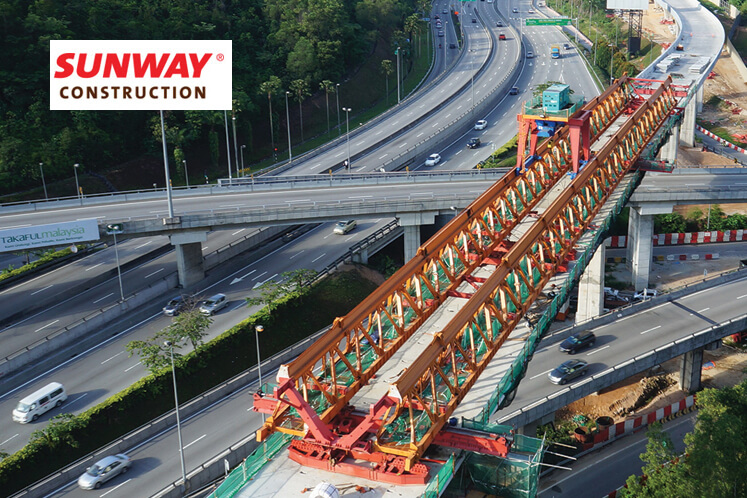 Meanwhile, a slow progress billings in January and February due to festive holidays and construction works stopped since March 18 will adversely impact the group’s revenue. Our FY20 revenue forecast for SunCon is cut 2% to RM1.9 billion to reflect slower progress billings due to disruptions by the MCO and Covid-19.

Taking in a lower revenue while incurring a fixed cost of around RM20 million per month including staff salaries, bonus provisions and depreciation, the company’s first quarter of FY20’s bottom line will be hit. However, its fixed cost at about 15% of total costs indicates its cost structure is relatively flexible.

SunCon still pays day-wage workers as a goodwill despite them not working during the MCO. Hence, our 2020 core earnings per share estimate is cut 12% to reflect slower progress billings.

We understand that SunCon is applying to the authorities for the resumption of work on its existing projects during the extended MCO period of April 15 to 28. A key requirement under the government’s new directive is the provision of central labour quarters (CLQ) for construction projects to resume work during the MCO.

We gathered SunCon has CLQs for its Light Rail Transit Line 3 (LRT3), Mass Rapid Transit Line 2 (MRT2) and Johor projects. Hence, we believe the government would likely allow the projects to resume with strict guidelines to ensure social distancing of workers at the sites.

Our revalued net asset value per share (RNAV/share) estimate is upgraded to RM2.15 from RM1.91 previously after rolling forward the valuation base year to 2021 estimate. Our sustainable construction earnings assumption is raised to RM130 million from RM110 million previously.

Based on the same 10% discount to the RNAV, our TP is raised to RM1.94 from RM1.72, and our “buy” call is maintained. Key downside risks are a low order book replenishment and slow progress billings for existing projects. — Affin Hwang Capital, April 16