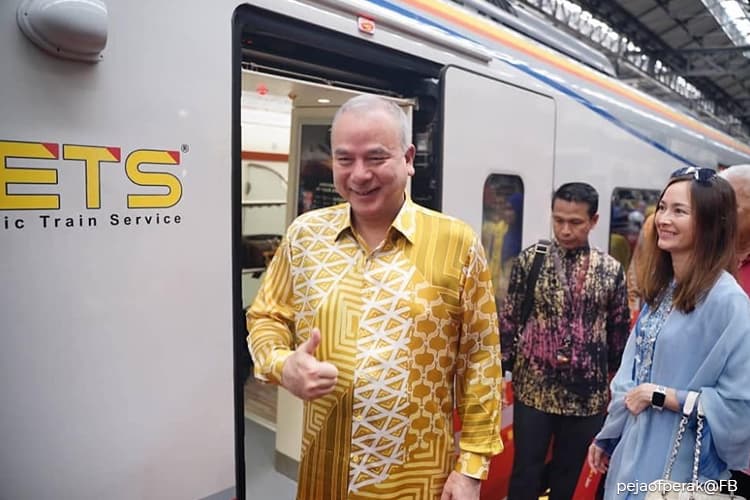 Together with Raja Permaisuri Perak Tuanku Zara Salim, Sultan Nazrin Shah rode the train in conjunction with the launch of the ETS2 and the Ipoh Train Integerated Development which will be launched at the Ipoh Railway Station.

Earlier, Sultan Nazrin signed the official plaque as part of the soft launch of the ETS2 before boarding the train which departed at about 2.10 p.m.

During the journey which took about two-and-a-half hours, he was taken to the driver’s cockpit and given a briefing of the development of the Klang Valley Double Track (KBDT) and the ETS by chairman of Keretapi Tanah Melayu Berhad (KTMB), Datuk Rameli Musa.

He was also taken on a tour of the facilities on the ETS2 such as the cafe, the audio-visual system, as well as facilities for handicapped persons, and spent some time chatting with the passengers.

The business coach is one of six coaches on the ETS2 specially designed for passengers who desire more comfort on their journey, with bigger and more comfortable seats, special attendants and other facilities like travelers’ kits, Video-on-Demand (VoD) and USB slots.