Suboh: I did not know if SRC had a management team or not 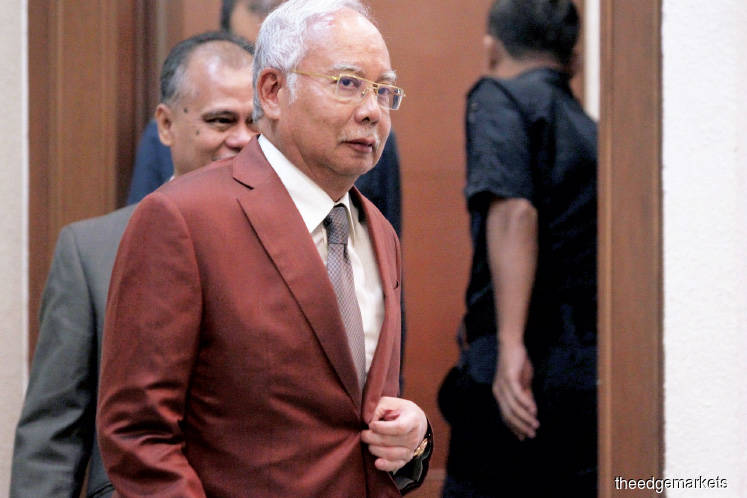 KUALA LUMPUR: SRC International Sdn Bhd director Datuk Suboh Md Yassin said yesterday he did not know the company’s management team, calling them “very scanty people”, when asked by the defence if he was familiar with the team.

Suboh said he met all of the directors for the first time during the Aug 23, 2011 board meeting, except for Ismee, whom he had met previously. He was then asked if he had met SRC’s management team, apart from Nik Faisal, at the meeting.

“I don’t know whether there was a management team or not. I saw only Nik Faisal,” Suboh said.

“Did this happen only during your first meeting or throughout?” the lawyer asked.

“On most occasions, I did not know who the management team is. Very scanty people,” the witness responded, referring to inadequate information on the team.

When asked, Suboh said he had met Terence Geh, although he was unclear about Geh’s role or even if he was in SRC or 1Malaysia Development Bhd (1MDB), and also Zahid Taib — described as Nik Faisal’s “multipurpose” guy by 29th prosecution witness Amirul Imran Ahmat, formerly assistant vice-president at the Retirement Fund (Incorporated) (KWAP) which provided a RM4 billion loan to SRC from 2011 to 2012 — at the SRC office in Bangsar.

Suboh met Vincent Koh Beng Huat as well, who formed SRC with Nik Faisal, at one of the company’s board meetings.

“I met these people but I don’t know what they were doing,” Suboh said.

Later, the defence pointed out that Nik Faisal ceased to be SRC’s chief executive officer (CEO) and managing director effective Aug 11, 2014, and asked whether the witness was aware of this.

Suboh said he was aware of Nik Faisal stepping down as CEO, with Harvinderjit then suggesting the perception that Nik Faisal had authority over the board ended after he left the post.

However, Suboh said this was not necessarily so, as Nik Faisal was still an executive director on the board.

The witness was also shown a cheque from an account ending 736 belonging to SRC, for a RM20 million transaction to Ihsan Perdana Sdn Bhd, to which Suboh was not a signatory.

The account was opened by Shahrol, formerly CEO of 1MDB, the parent of SRC.

Suboh said he did not know about the account, maintaining his position when shown a set of transaction statements of the account. However, Suboh’s signature was present on the cheque.

“It cannot be your signature. You couldn’t have signed a cheque from an account you didn’t know about,” said Harvinderjit, and the witness agreed.

Separately, Najib’s defence team will file a motion in the Court of Appeal to allow Najib to attend Parliament proceedings to fulfil his statutory duty as Pekan member of parliament (MP).

Najib’s lead counsel Tan Sri Muhammad Shafee Abdullah said: “We are going to the Court of Appeal and perhaps the Federal Court, to argue the fact that an MP must be able to do his statutory duty.”