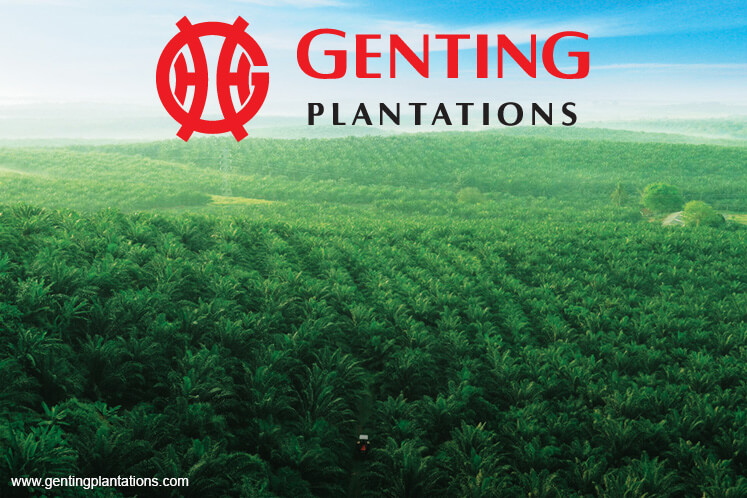 Genting Plantations Bhd
(Nov 30, RM9.50)
Maintain add with a lower target price (TP) of RM10.50: Genting Plantations Bhd’s core net profit for the cumulative nine-month period of 2018 (9M18) was below our expectations and the Bloomberg consensus at only 55% and 47% of respective full-year forecasts.

The weaker-than-expected results were due to lower-than-expected crude palm oil (CPO) selling prices as well as fresh fruit bunch (FFB) yields achieved by Malaysian estates in the third quarter of 2018 (3Q18). Reported net profit was higher at 61% of our full-year forecast due to a RM17.5 million gain on compulsory land acquisition.

Genting Plantations reported a 77%/39% year-on-year (y-o-y) drop in its 3Q18/9M18 pre-tax profit, due mainly to weaker CPO prices and higher depreciation. The 3Q18 plantation earnings before interest and tax fell 32% quarter-on-quarter (q-o-q) due to weaker average selling prices for palm products and higher costs of production. Genting Plantations achieved average CPO/palm kernel prices fell 11%/6% q-o-q to RM2,043/RM1,620 per tonne in 3Q18. It posted a 9% y-o-y rise in FFB output in 9M18, which appears to be at the lower end of its target to achieve a 10% to 15% FFB output growth for 2018.

Property earnings before interest, taxes, depreciation and amortisation more than doubled to RM18 million in 3Q18 due to higher sales from recent launches of landed properties in Indahpura, which recorded a 90% take-up rate. Its biotech division posted a flattish loss of RM3 million due to research and development spend. Lastly, the group’s downstream manufacturing division posted a stronger profit of RM3.4 million for 3Q18 due mainly to better margins achieved by its biodiesel division in view of rising crude oil prices.

The group is targeting to achieve an FFB output growth of 12% for financial year 2018 (FY18) (the lower end of its previous guidance of 10% to 15%). The group also revealed that 9M18 cost of production was 5% higher at RM1,700 per tonne as it applied most of its fertiliser requirements in 9M18. It estimated that the higher minimum wage in Malaysia will raise its costs of production by RM3 million per annum and the recent decision by Indonesia to revise the export levy has resulted in the narrowing of Indonesia’s CPO price discount against Malaysia from 20% to 9%.

We have lowered our earnings forecasts by 18% to 26% for FY18 to FY20 to reflect the lower CPO price and FFB output assumptions. This, coupled with the rollover of our TP, leads us to cut our sum-of-parts-based TP to RM10.50 (from RM10.60). Despite the disappointing results, we have remained positive on the stock due to strong FFB output growth prospects given its young estates profile in Indonesia. A key downside risk is a lower CPO price. — CGSCIMB Research, Nov 30