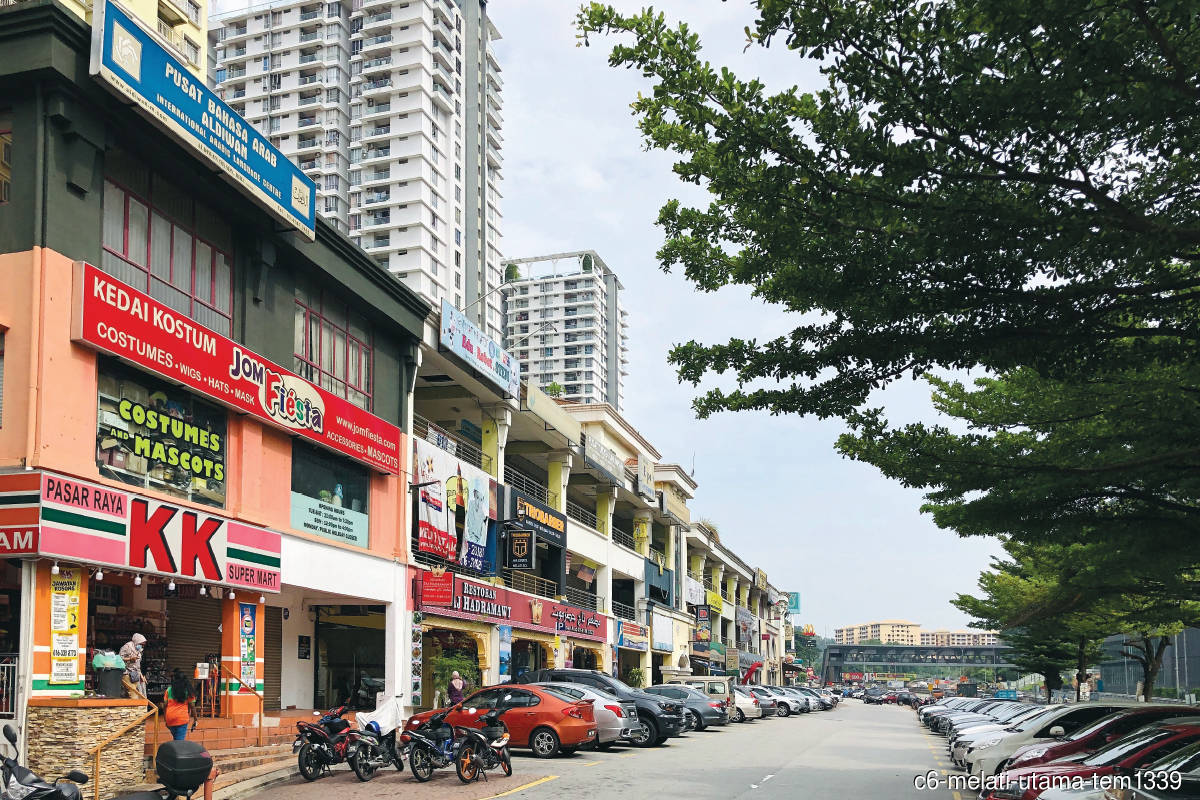 A popular eatery is Restoran Qasar Balqis, which serves a variety of reasonably priced Middle Eastern cuisine. “One of my favourite dishes is chicken mandy. The chicken and rice were cooked in the Taboon (underground oven) for three hours, which makes the chicken succulent and complements the rice,” says a regular partron, Kelvin.

Data from PPC International shows that the ground, first and second-floor units of the 3-storey shopoffices, with average built-ups of 1,237 to 1,313 sq ft, were transacted at RM1.6 million, RM600,000 and RM500,000 respectively in 2019. “Owing to the lack of transaction data, it is hard to work out the rental yield for the shopoffices,” says Siders. Siders says Jalan Melati Utama 4 has developed into a vibrant commercial street over the last 15 years and is easily accessible via major highways such as Middle Ring Road 2 and Duta-Ulu Kelang Expressway. Prominent landmarks in the locality include a Petronas station and McDonald’s, Tunku Abdul Rahman University College and the upcoming KL East Mall by Sime Darby Property.

“Jalan Melati Utama 4 is the only commercial street surrounded by condominiums as well as residential houses, which explains its high commercial value. These limited number of shopoffices with a large catchment from the immediate neighbourhood assures Jalan Melati Utama 4 of continued growth in its commercial appeal and value,” he concludes.