Streetscapes: A street full of colour and unique architecture 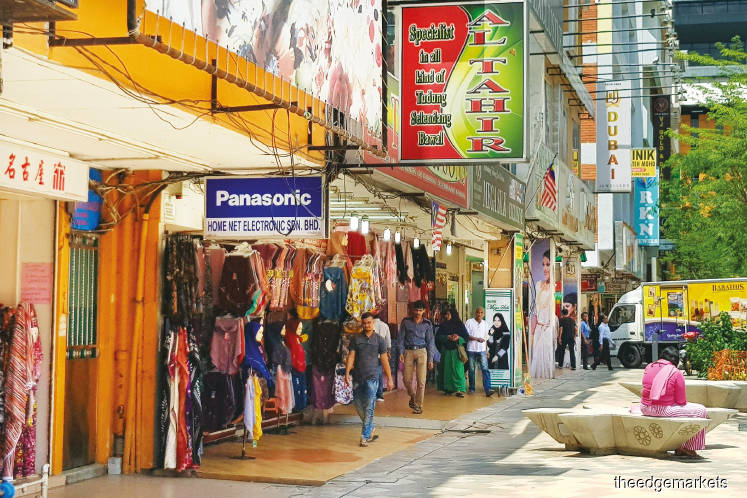 Formerly known as Little India, Lebuh Ampang is one of the oldest and busiest streets in Kuala Lumpur. Even though it is less than 300m long, the street is full of character with its rich Indian heritage, delicious South Indian cuisine and pre-war architecture.

It was made famous by the Chettiars, moneylenders who came from South India, and the locals referred to it as Chetty Theru or Lorong Ceti.

At the other end are mainly shophouses. At least half a dozen Indian restaurants can be found here, including Betel Leaf, Sangeetha Veg Restaurant and Saravana Bhavan.

Traffic congestion and parking shortage await you no matter what time of the day or week. Perhaps it is best to take public transport; the Masjid Jamek LRT station is just five minutes’ walk away.

Ray White Commercial Sdn Bhd’s data shows that a shophouse with a land area of 1,065.63 sq ft was transacted at RM2.857 million in October last year.

Metro Homes Realty Bhd executive director See Kok Loong notes that the property market in Lebuh Ampang is very mature and it is known as the banking street of Kuala Lumpur because of the presence of HSBC and Bangkok Bank, among others.

“Back in the 1970s, when most Malaysians relied on public transport, Lebuh Ampang was ‘the’ street of Kuala Lumpur and it became one of the CBDs (central business districts),” he says. “Lebuh Ampang’s prospects are stable and we don’t expect much change. Globally, the trend is that, in old cities, CBDs are being built in new areas. In the case of Kuala Lumpur, it is Tun Razak Exchange and Bandar Malaysia.”

See expects Lebuh Ampang to remain a tourist area with its heritage value, thanks to its proximity to landmarks such as Masjid Jamek, Dataran Merdeka, Central Market and Petaling Street. The limitations, he adds, are the narrowness of the road and lack of land for new developments.